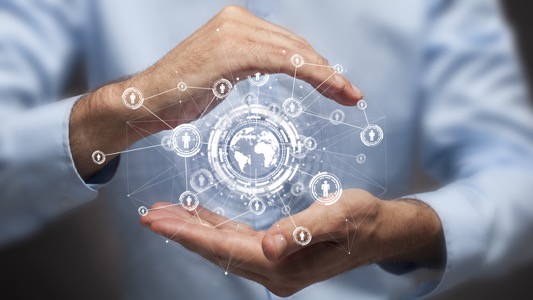 The average human being’s ability to process information is astonishing.

In this digital age, a social media user is apt to absorb 285 pieces of content every day, and be exposed to as many as 1,000 digital links.

If we are puzzled about something, we “Google” it and find a simple explanation. Chances are there is even a great video about it on YouTube.

What this has created is a culture that has very little time or patience is absorbing jargon, geek speak or technobabble.

As a speaker, when you have a complicated concept to explain, you must be mindful of this built-in resistance. The number of people in your audience who will let you go on and on about something they don’t really understand is limited to none. Rude or not, they will pull out their smart phones and look up a short explanation.

So how do you explain complicated concepts in your speech?

You keep it really, really simple.

Just ask Randall Munroe, an ex-NASA roboticist and a professional physicist. His concept of finding the simplicity in complexity led to the creation of his web comic xkcd and built him a huge, loyal following.

His secret is his ability to break down the concept into a series of simple steps that anyone could understand, explain them using basic language, and he uses that formula to answer highly complex questions.

For example, in the video Simplicity in Complexity, Munroe answers the question: “If every person on earth aimed a laser at the moon at the same time, would it change color?”

His answer is a prime exercise of how you can build your whole presentation around a complex concept brilliantly and understandably.

Here are five ways that you too can effectively explain complicated concepts in your speeches and presentations:

Use basic, undisputed facts and build a convincing story to persuade people that your theory, while it appears complicated, is actually built simply on one solid fact after another.

One of the most effective users of this technique is Bill Nye, the Science Guy.

In a classic interview in which everything from his theory to his personal credentials are challenged, he stays calm, clearly and simply assembles his facts and builds his solid case that the wildfires a few years ago in California were linked to climate change.

Watch this video to see him at work:

When you talk about technology and its complexities, focus on the benefits to you and your audience, rather than talking about its features. People only care about things that could be useful to them.

The late Steve Jobs was a master of that, as witnessed in this video where he talked about how he started Apple. Here is the video:

Notice how he comes at the whole subject of technology and the complexities of building it from the point of view of how it helped people and how useful people found it to be. Everyone wanted one, and that inspired bigger and more effective production.

Break down complicated words or ideas into simple words and basic ideas so people can quickly grasp what you are talking about.

You don’t have to give a show-stopping performance sometimes for your audience to grasp the complicated concept. You just have to be calm, slow, and to the point and bring the concept to life with a simple basic explanation about how it came to be.

A great example of that is Arun Gandhi, grandson of Mohandas K. Gandhi, explaining to his audience what “satyagraha” is. Here is the video:

Another technique in bringing a complicated concept to life in a simpler package is to present it in non-traditional ways.

For example, watch how Science TV brought Einstein’s Theory of Relativity to life in a way that you likely did not learn in school. Here is their way of breaking it down to understandable content:

Sometimes in your presentation when you have to explain a complicated concept it is better to show it than to talk about it. Great videos can enhance your spoken remarks and broaden your audience’s knowledge.

For example, think how hard it would be to stand at a podium and tell your audience how to install a dryer vent.

But if you were to show below video, imagine how much easier it would be.

Sometimes you won’t even have to create your own video; a quick search will yield ample examples on youtube.

What else can you do to get your complicated concept across?

It helps if you start building your explanation by thinking about how your audience is going to perceive what you are saying. Think about other people’s viewpoint when you are crafting your explanation, not just your own. You already know that the subject at its heart is really interesting; they don’t.

Tailor your words and terms to ensure that they match the literary level of your audience. Nothing is worse than speaking over everyone’s heads or patronizing them by dumbing down your remarks too much.

Ban all acronyms, and that’s non-negotiable.

Remember that when you are writing, you can spell out the full term for the initial reference and then put the acronym in brackets. If the reader forgets what the acronym means, they can always go back and check.

But when you are speaking, they hear you the first time. But if they not familiar with the jargon of your industry, the acronym’s true meeting may not stick with them. You mention it three minutes later and they’ve long forgotten it.

Avoid misunderstandings by taking the extra second or two to say the entire word. You will avoid confusion in the long run.

It’s okay as well to stop mid-stream through an explanation of a concept and ask your audience if they understand it. If they say no, find out where they lost you and go back and rephrase your explanation in terms more relevant to your audience.

7 Tips to Effectively Communicate With Stakeholders

Ashish AroraOctober 4, 2022October 4, 2022
Business stakeholders play a significant role in your company’s growth and development. With their level of experience, they can provide...
Presentation Tips

9 Tips And Tools For Effective Communication In The Workplace

Ashish AroraAugust 29, 2022August 29, 2022
Workplaces are intricate and complex networks of peer-to-peer interaction. Professionals talk to and exchange with other people in the workplace...