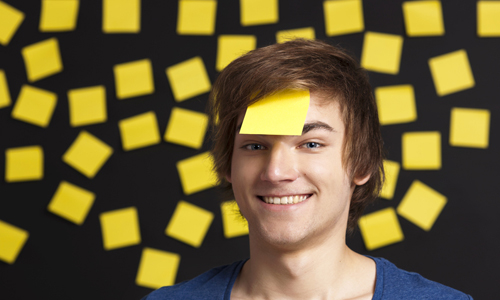 A study shows that on the average – no matter how many slides you use in a presentation – the audience is going to remember only four of them, though they may have some vague memories of a few others.

Four slides, you may think! That’s ridiculous. Maybe so, but the study involved a lot of audience members, and that’s what the researchers found to be true. However… there are many things to do to combat this pattern. That means it’s possible to make your slides more memorable.  How can you do this? There are a number of ways. For instance, don’t use a lot of slides that are mostly text. These are probably the hardest for an audience to remember.  The same holds true of charts. I don’t mean you should cut them out entirely. Just use them sparingly and only to emphasize something really important.

Another important way to make your slides memorable is to avoid sameness or to provide variety. Every few slides – each fourth slide seems to be most effective for this – throw in something different. In other words, chose a slide that will stand out because it’s incongruent or unexpected. Maybe you’ve started out with charts and graphs. Then make the next slide a photo that is far from removed from the sort you’ve been showing.  Because it’s different and unexpected, it’s natural for the audience members to be surprised. And if they’re surprised, they’re much more likely to remember what surprised them. Of course, it’s important to make sure this special slide points up something important in your presentation, not something you’ve just thrown it.

Another idea for the incongruent slides is to using one that evokes an emotion. What emotion should this be? That’s up to you. It could be something that shocks the viewer or something that disturbs them. However, a word of caution: You want the audience on your side. It’s probably best not to make them feel guilty or ashamed, for instance. If you alienate them with slides that make them uncomfortable, you risk losing them, and they may simply stop paying attention.

Another type of slide to consider is one that uses bright colors. But use this sort of slide sparingly. If there are too many with bright colors, for instance, they’ll simply blur together and then, of course, not be memorable.

This may seem like a contradiction. An audience tends to remember similar slides. It’s like the old advice: “Tell them you’re going to tell them; actually, tell them, and then tell them you told them.” If a point is particularly important, you can drive it home effectively by repeating it. Actually, “repeat” may not be the right word because you don’t want to show exactly the same slide more than once.  Rather, they should be similar. If you’re talking about the results of reckless driving, for example, show slides of several traffic accidents, not just one.

Audiences tend to remember the introductions and conclusions of a presentation more easily than the body. Does this mean then that you don’t have to be as concerned about the slides you choose for the opening and closing? Definitely not! You should immediately try to grab and maintain an audience’s attention. Therefore you should choose slides that you think are particularly memorable. The same holds true for the ending.  You want the audience to leave with a strong impression of the presentation lingering in their minds. So at these two times select special slides you’re pretty certain will stand out in their memory.

You may want to show in slides here and there that have a text.  As mentioned, it’s often better to use these sparingly. But make them concrete and visually attractive, maybe with stark contrast or with the use of color.

Another point to consider is that audiences usually remember negative directions or examples, rather than positive ones. Show a slide of someone doing something wrong – walking out into the middle of traffic, for instance, or spilling coffee on a computer keyboard. Maybe the idea is to point out the need to concentrate on the task at hand. This sort of slide is much more effective than showing a person obeying a “Don’t Walk” sign or sitting at a computer with a cup of coffee off to the side.

It’s also been proven that if you’re going to use slides that contain both image and text, they’ll be more memorable if the text and images are close together. That is, don’t have a lot of space between the image and the text, or they’re likely to be separated in the audience’s mind.  Then, of course, the listeners most likely will fail to remember them. At the same time, make sure the image faces the text. That is, if the slide contains an image of a person in profile, don’t have his or her back turned to the writing. It has the same effect as separating the text and image. In the audience’s minds the two parts will be disassociated rather than being parts of a whole.

Then there’s the matter of your yourself as related to the presentation. The main thing to remember is that you should not be the centre of attention. Your speech should be. Don’t wear clothing that calls attention to itself. Certainly, try to appear neat and attractive but avoid colors like hot pink or neon green, for instance. Conversely, don’t wear extremely dark colors. They set a sober mood when you don’t intend that at all, or else they appear harsh. You want the attention to be on what you say and on the slides you use to back up what you’re saying. And you certainly don’t want to create a negative mood.

If you follow these rules, it’s much more likely that those in attendance at your presentation will remember the four slides mentioned in the study.

Top Presentation Design Trends to Look Out for in 2023

Ashish AroraNovember 2, 2022November 2, 2022
There is no denying that great stories make great presentations, but what makes them greater is the way those stories...