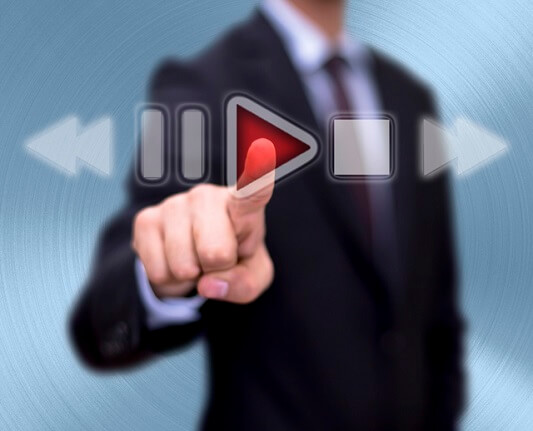 You’ve probably heard others speak about the fact that pauses add drama to your presentation and make you look confident and secure. And while those points are valid, they’re not the main reason pauses are important.

Pauses are critical to epic presentations because they help a presentation seem like a 2-way conversation instead of a 1-way speech.

No one really wants to listen to a speech and be talked “at.” People want to be part of the conversation, even if it’s the silent part. So, if you want your audience to truly be interested and engaged, make them feel you’re speaking with them by using pauses. This will allow them to take in your every word and process the information they’re receiving.

Pauses also offset the normal adrenaline rush human beings feel when they have to get up in front of people and speak. Our fight or flight tendencies kick in and, since we can’t punch the audience or run from them, our energy goes into our speech, literally, and makes us talk a mile a minute. By practicing your pauses, you naturally train yourself to slow your roll.

Now that you know the WHYs of pauses let’s get to the HOWs:

Pause Before You Begin

Not for five minutes, obviously, that would make you look like a weirdo. But pause for three seconds and just smile and make eye contact with your audience. This initial pause instantly breaks your instinct to take off like a horse out of the gate and ramble on for twenty minutes.

It also sets a tone for your presentation. Your audience is instantly intrigued about what you have to say because you’ve made them wait ever so slightly. They also have a few seconds to visually take you in and process so once you do begin to speak you will have their full attention.

Check out Sean Stephenson who does his own version of an initial pause. He actually starts by telling a joke – a nice ice breaker – and then once he gets the laugh, he goes for a nice pause… then he begins his speech.

Pause to Make a Point

I don’t know about you, but when I was a kid, my mom was really good (scarily so) at using pauses to get her point across. She would stop what she was doing, look at me straight in the eye, take a second, and then land that zinger. Her point always came across loud and clear.

As do Clair Huxtable’s points in this funny montage. Notice her use of pauses to land those zingers!

You want to do the same thing with your audience, only don’t ground them afterward. When you are getting ready to make a key point, stop talking for a second, look at one of your audience members in the eye, make your point, and watch it land. You will actually see on the audience member’s expression that they’ve had an A-ha moment.

You will most likely ask questions of your audience to get them to reflect on their opinions and feelings on your topic. When you ask a question, you can’t just plow ahead without giving them a little time. You wouldn’t do this in an actual conversation, as it would show the other person you really don’t give a rat’s behind what they think or feel. Don’t do it in your presentation, either; wait three to five seconds after asking a question.

It goes without saying that if you are using visual aids such as a PowerPoint presentation in which you share line graphs or pie charts, you will need to stop speaking for a few seconds so your audience can recognize and digest the visual information. No matter what our age, we all need time to process and learn.

This is a hilarious presentation about PowerPoint using PowerPoint and the speaker does a good job at letting the audience digest his slides.

Pause When You Lose Your Spot

It’s pretty common for presenters to lose their spot. Even people who have been speaking for years will sometimes have a senior moment. While it’s hilarious when politicians do it – like when Rick Perry forgets what he wants to say during a 2011 Presidential debate

it’s not funny when it happens to you!

Should you lose your spot don’t panic, and certainly don’t announce to your audience the fact that you have no idea where you are or what to do next. Pause. Breathe. Remember. Move on.

If you follow these pause tips you’ll ensure your audience feels part of a conversation and is able to digest all of the information you have shared with them. And that’s pretty epic.