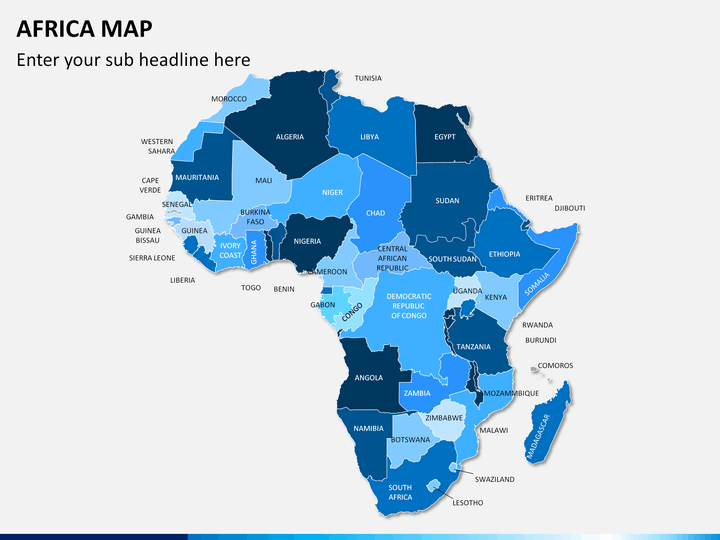 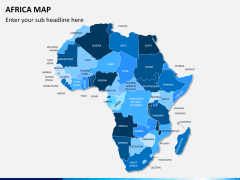 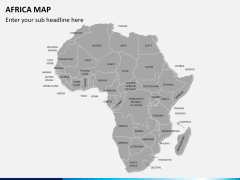 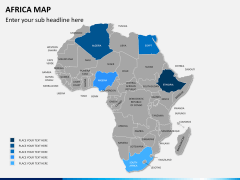 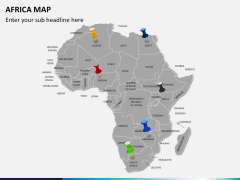 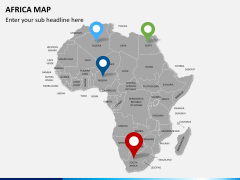 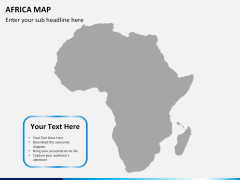 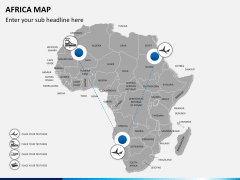 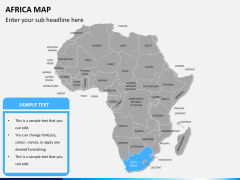 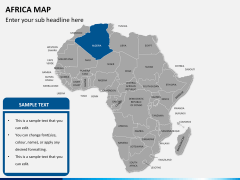 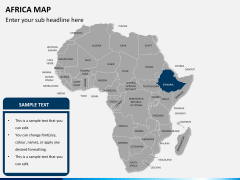 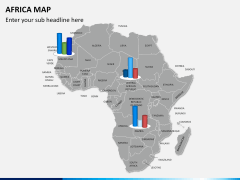 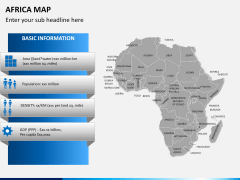 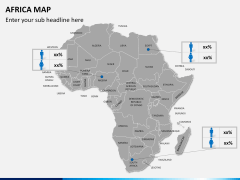 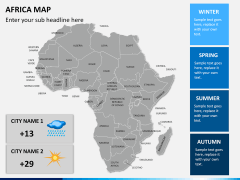 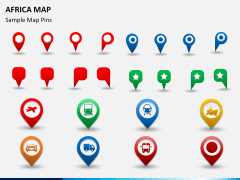 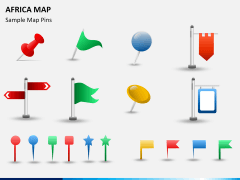 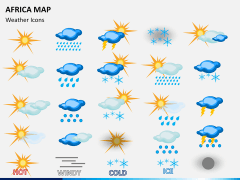 Sometimes your presentation demands you to include a map. It can be for making a point clearer or indicating some information that can't be done better in any other way. But it is equally true that dealing with maps in the visual slides can be a most complicated task. Well, this is exactly where a pre-designed template with customization option turns out to be your savior.

You can be a geography professor rendering a talk on Sahara Desert or an anthropologist pinpointing the diverse ethnicity across Niger, Chad, and Algeria. Or perhaps you are a diamond trader planning to open a new exclusive jewelry showroom in Africa. From doctoral thesis submissions to business meeting discussions, ready-to-use PowerPoint Africa Map template will make it far easier and effective to explain your perspective.

With freedom to edit the graphics, you can create your visuals just the way you want. You can separate different countries by adding different colors to them. You can also add various elements such as flags, labels, and pinpoints.

You can modify the layout, change the background and highlight specific parts that is important for you. From distinctly describing all the countries on one slide to have the most important ones marked out in separate slides, you can do just anything you want!

Adding text is equally easy. You can add your content with complete convenience at any place where you want. With so much of flexibility, creating visuals becomes easier than ever.

So, you don't have to spend hours in creating each of the slides step by step. Nor is there any need to spend a whole lot of money on hiring special designers for the task. You save time, you save efforts and you also save money. And at the end of the day, you aren't working over-time just because you have a presentation to deliver in the coming week.

Africa is the second-largest as well as second-most-populous continents of the world. Being abundant of natural resources, home to world's largest number of wild animals, it is one of the best known travel destinations for wild-life lovers.

It has 54 countries including the ones known for tourism, international trade, and richness of natural resources, biodiversity, and significant rivers, mountains and other landforms. Though most of the continent is economically poor, some of the countries are developing steadfastly making an important place in the global scenario. Being second-most-populous, it is also eyed upon by various marketers as a huge market place.