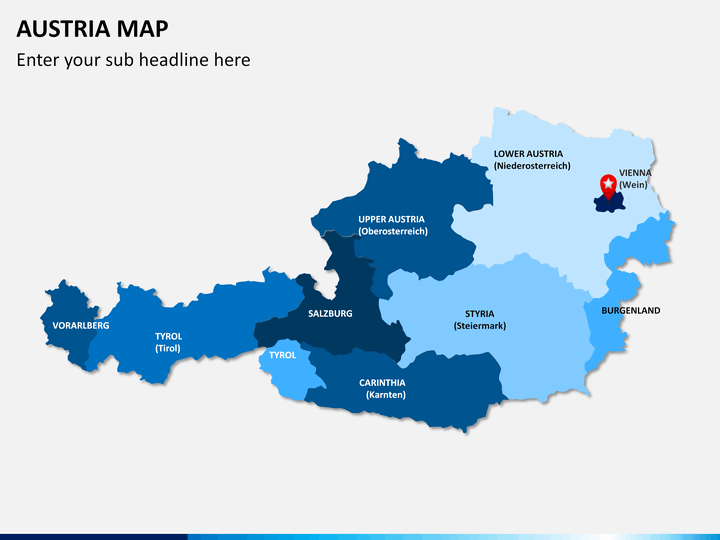 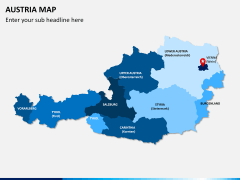 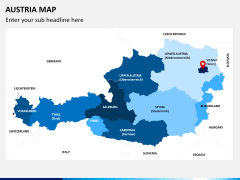 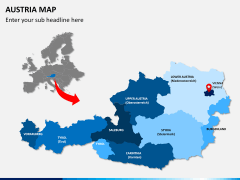 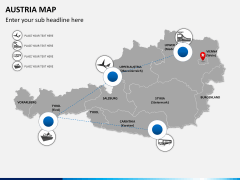 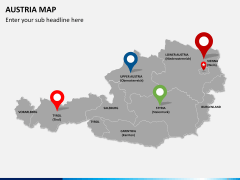 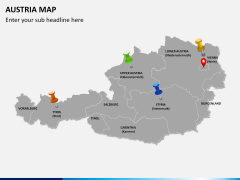 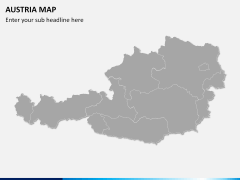 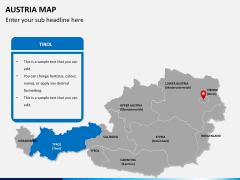 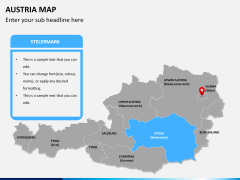 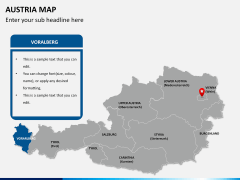 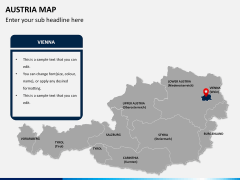 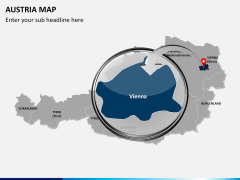 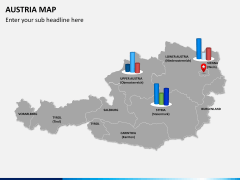 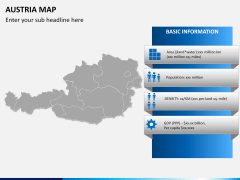 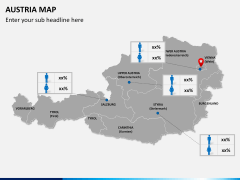 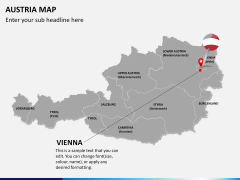 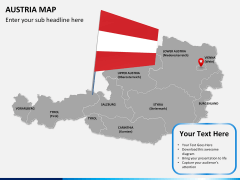 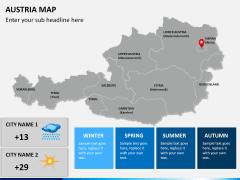 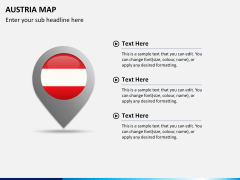 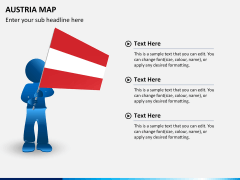 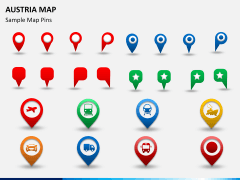 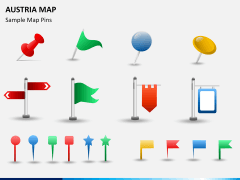 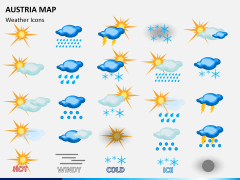 Just the way visualizing a data-set or bundle of ideas is vital, pointing out specific set of information on a related map is of immense importance. But creating your own set of maps of different countries, states, cities, regions and areas for every next presentation is almost impossible. This difficulty in creating newer set of maps in really busy schedule makes it essential to have some ready-to-use substitute available. Understanding your need and difficulty, we bring to you an entire set of PowerPoint Austria Map Template. With just a bit of modification and content addition, your visuals will be ready. In other words, there will nothing to be done from the scratch.

From background colors to the overall size and placement of the text, you can modify everything as per your convenience. Optimum versatility is maintained throughout the set. Whether you have to deliver an academic talk related to the country's political power or explain how your business is essentially dependent on the buying power of Austria, you can use the set.

Austria, officially known as Republic of Austria is a landlocked country with a population of approximately 8.5 million people. Located in Central Europe, it is bordered on the north by Czech Republic and Germany, on the east by Hungary and Slovakia, on the south by Slovenia and Italy, and on the west by Switzerland and Liechtenstein. It is a federal republic following parliamentary form of democracy with its nine federal states. It enjoys being the 12th richest nations of the world in terms of GDP or Gross Domestic Product per capita and offers a really high standard of living to its citizens. It also enjoys a well-developed social market economy. It occupies a distinct place of its own in various different areas such as music, literature, science & philosophy, sports, and art & architecture. Though most part of the country is mountainous in nature, it is a beautiful place with its forests and scenic valleys and mountain ranges and much preferred by tourists.