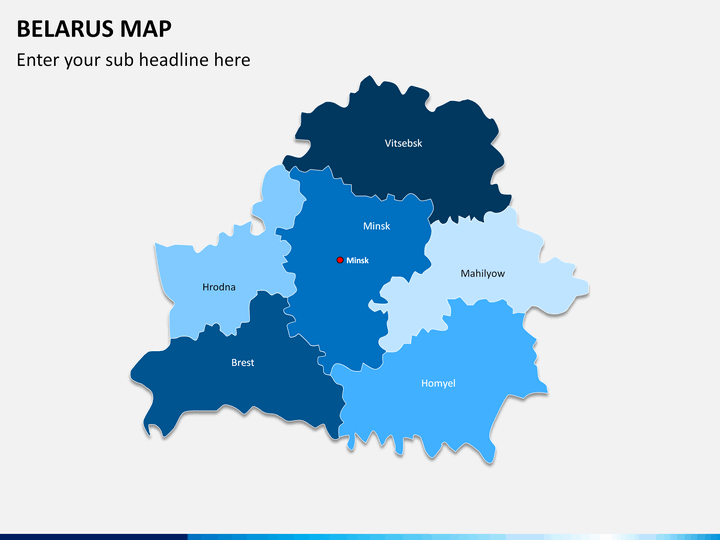 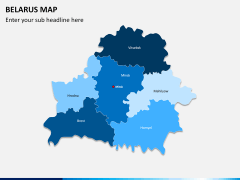 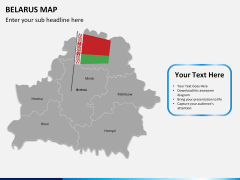 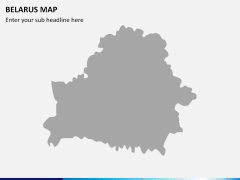 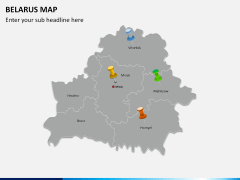 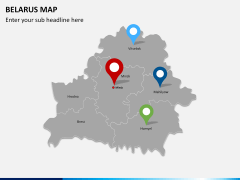 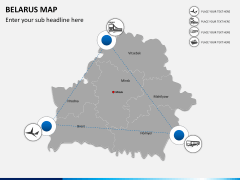 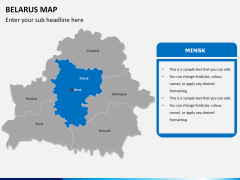 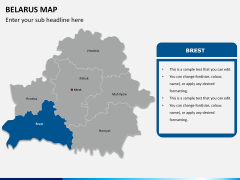 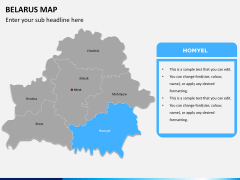 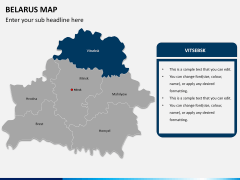 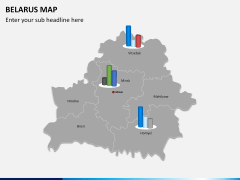 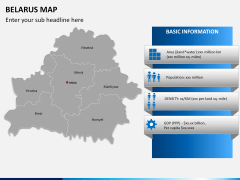 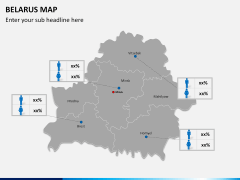 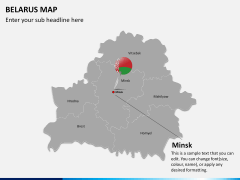 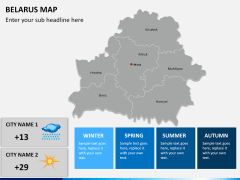 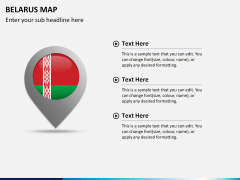 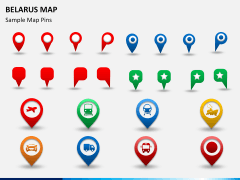 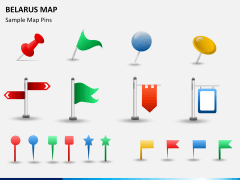 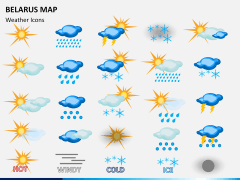 Maps speak a lot, especially when your ideas are too subtle to be visualized otherwise. From business expansions to international relocation of the office headquarters, sometimes topographical depiction communicates better. Encapsulating complex data into clear and precise digital cartography eases up the efforts and makes the message easy to comprehend. Maintaining this aesthetic and simple-to-follow approach can make every presentation a real success. However, creating the maps on your own isn't a child's play and using what you have by default gets it all very monotonous. Thus, we are here to partner you in your creative process with our pre-designed PowerPoint Belarus Map Template. Professionally built with focus on flexibility and user-friendliness, the set will save you from hours of hard work involved in slide creation.

Display any place or highlight any particular region, your visuals are going to be exceptionally classy. Modifying the slides will require nothing more than a few strokes and fills! Creating even a typically serious business slide will be more than a fun for you! Whoever you are – a corporate team-leader or an educationist, a researcher or a humanities student, the set will never prove a misfit, if all you want to speak about is related to Belarus.

Belarus is a landlocked country located in Eastern Europe. It is bordered by Russia on the northeast, Ukraine on the south, Poland on the west and Lithuania and Latvia on its northwest. It follows a Presidential Republic form of government and it happens to be one of the founding members of the United Nations together with Soviet Union and the Ukrainian SSR. It became a sovereign state after the dissolution of the Soviet Union. A major part of its economy is state-controlled giving it a distinctive ‘Soviet- style.' The country has four of its sites recorded under UNESCO's World Heritage Sites, which include: the Nesvizh Castle, the Struve Geodetic Arc, the Mir Castle Complex, and the Belovezhskaya Pushcha.