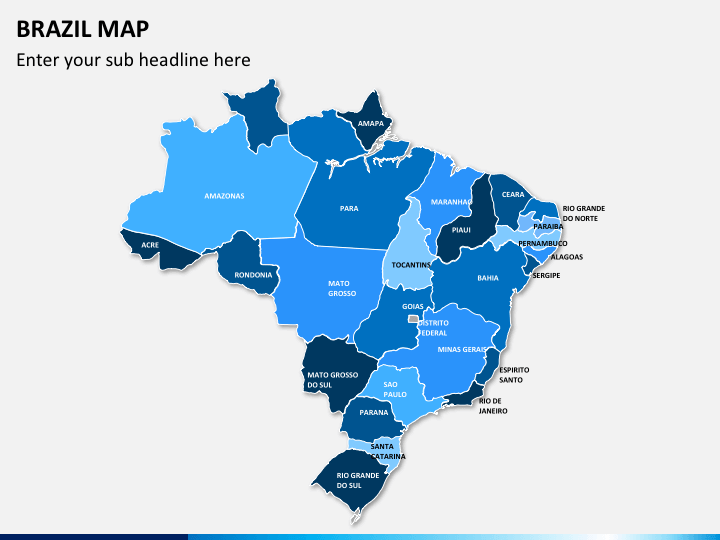 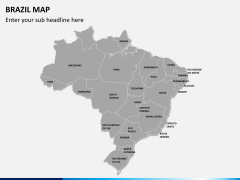 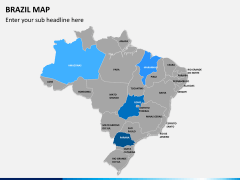 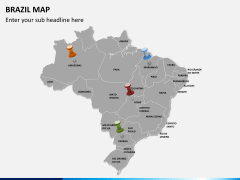 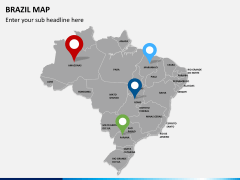 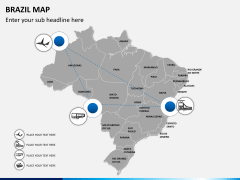 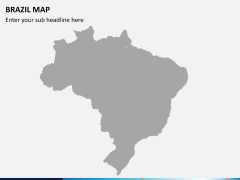 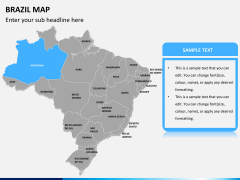 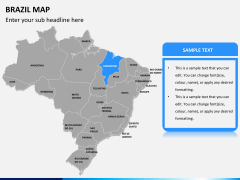 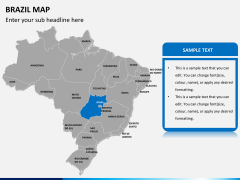 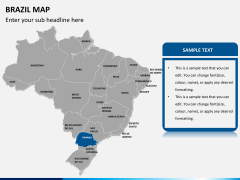 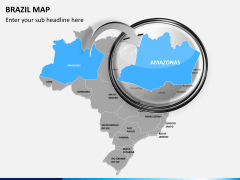 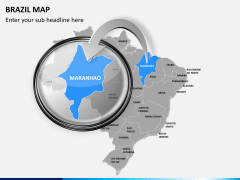 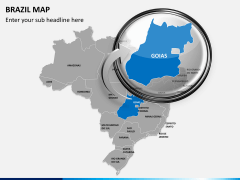 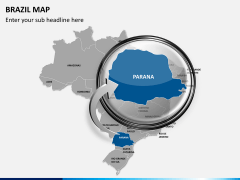 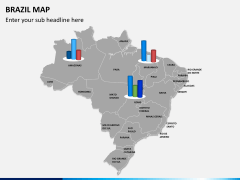 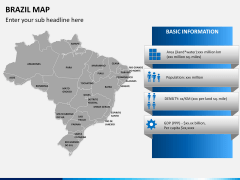 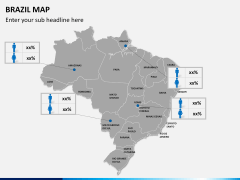 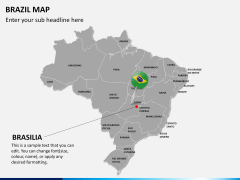 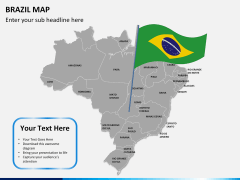 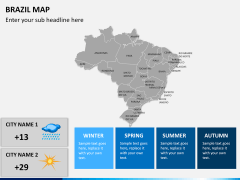 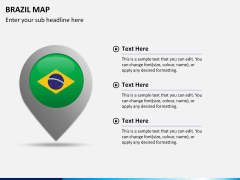 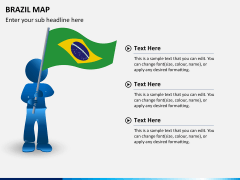 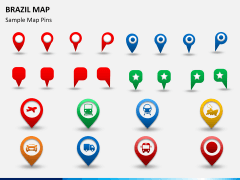 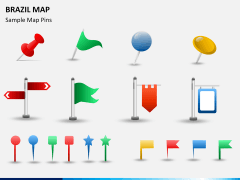 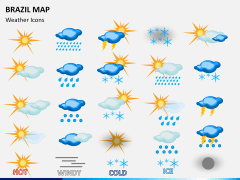 Maps are inevitable when you aim at highlighting particular geographical areas or simply marking out specific boundaries. Yes, even in your regular presentations their importance cannot be denied. However, creating a new set of maps for every fresh presentation is beyond imagination. It is not just an injudicious use of time but also a sheer waste of energy and efforts. Thus, to save your time and efforts and help you create most powerful visuals, we bring this deck for you. This deck of professionally created pre-made PowerPoint Brazil Map Slides is to give you complete user-friendliness.

Whatever your aim maybe, but if you're to geographically represent Brazil through visuals, the set will never disappoint you. Whether you're a tourist guide helping your clan to know the country better or an educationist giving historically and politically important information, the set is worthy to use. From being an entrepreneur displaying your business expansion to a marketing team leader allotting areas to the team, the set is helpful. It is truly versatile and doesn't get into any kind of technical glitches either.

Loaded with fun to use shapes, symbols, and visual motifs, you can easily explain your point through it. So, show the international borders, highlight the provinces boundaries, or pinpoint the major cities, important roads, railroads or the airports without any trouble.

Brazil, officially known as Federative Republic of Brazil also República Federativa do Brasil, is the fifth largest country of the world both in terms of geographical area and population. It is also the largest coutry across the Latin American region and South America. Also, among the Portugese speaking countries of the world, it turns out to be the largest. Its name comes from a special kind of tree called brazilwood that grew along its coast in plenty and was highly valued in the 16th century.

As of 2012, it is found to be the seventh largest economies of the world in terms of nomical GDP and also by its purchasing power parity. With its rich history, scenic landscapes and several world heritage sites, it is well known travel destinations of the world. With Amazon rainforest and Atlantic Forestand the Cerrado, it sustains a great biodiversity comprising of varied ecosystems. From trade to tourism, sports to culture, it occupies an important place and thus, it is often a part of business presentations.