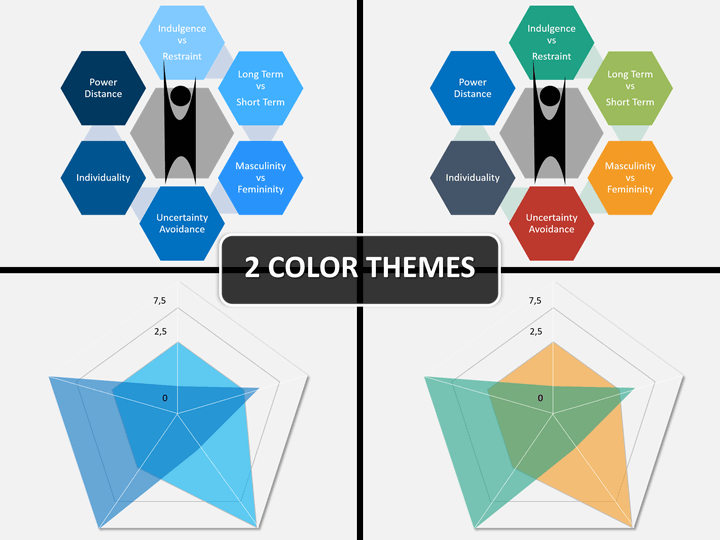 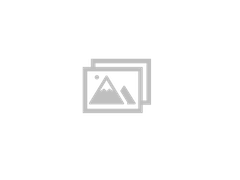 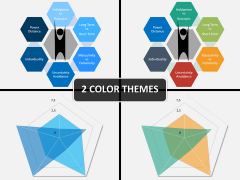 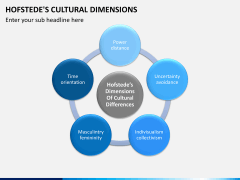 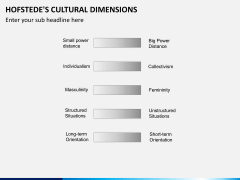 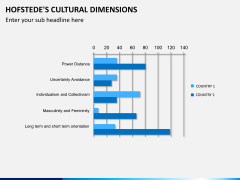 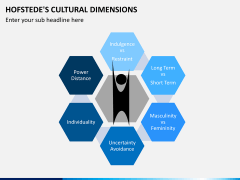 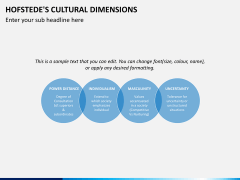 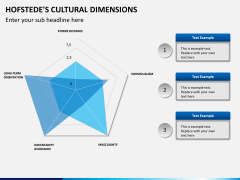 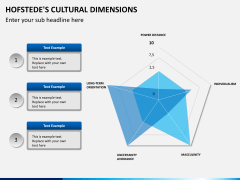 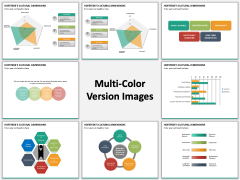 Our professionally crafted, easy to edit Hofstede’s Cultural Dimensions PowerPoint Template brings to you 8 most impactful slides demonstrating the theory for versatile practical usability. The set being adaptable and flexible, you are free to play around all the basic designing elements making them fit your requirements. So, change the color, shape, size or the orientation of icons or the entire background of the slides. The set follows neat and sleek designing concepts to give you most modern and comprehensive framework for conveying your message well.

It is truly versatile and proves best fit for various different usages related to the theme. Whether your aim is just to explain Hofstede's principles and elaborate its six dimensions or you look forward to use the theory in some practical situations, you can fully depend on the set. Your aim could be to demonstrate better understanding of the theory and its application in everyday life. You may even intend to relate the Dimensions to education or aim at explaining its importance at work place, universities, or societies and even the nations as a whole. The slides on the set are apt for every such purpose. Enhance the creditability. Make your message more amusing. You will simply be marvelous at conveying your ideas in most enthralling way.

Hofstede's Cultural Dimensions Theory as developed by Geert Hofstede is a special framework used in understanding cross-cultural communication. It uses a specific structure based on factor analysis for interpreting how the culture of any society gets impacted by the values and ideologies followed by its members. It is one of the popular methods for making cultural behavior of the members of a society more comprehensive as well as an aspect for understanding international business market.

Originally, Geert developed the model by undergoing survey of employee values across the world as conducted by IBM between the years 1967 and 1973. It then had four fundamental dimensions, namely: Individualism-Collectivism; Uncertainty-Avoidance; Power-Distance (Strength of Social Hierarchy); and Masculinity-Femininity (task versus person orientation). He kept on refining his model ever since then and added a fifth dimension a little later. This was based on his independent research done in Hong Kong. It was namely: Long-term orientation. Finally, in 2010, he added one more dimension, this sixth dimension is known as Indulgence versus Self-restraint.