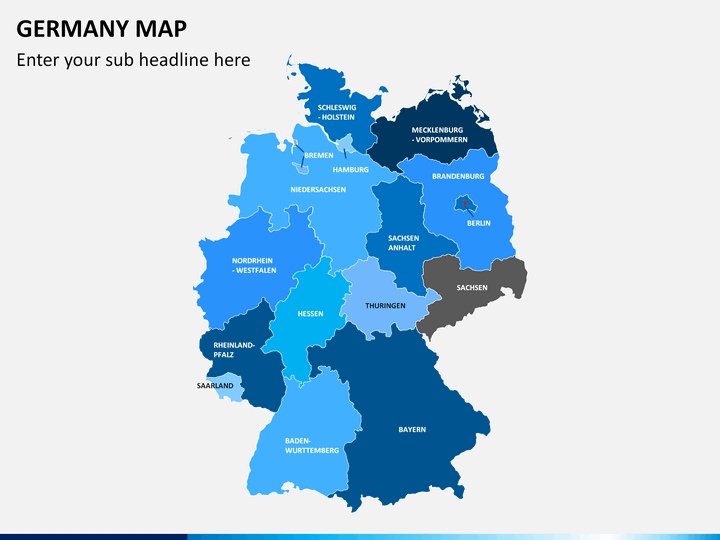 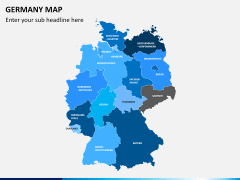 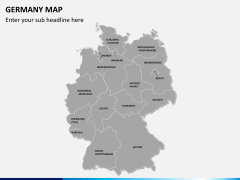 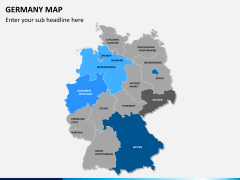 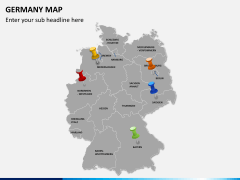 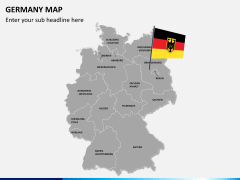 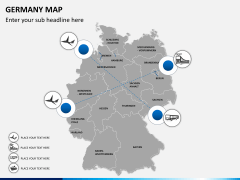 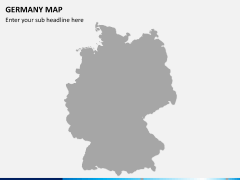 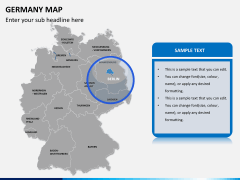 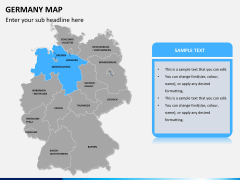 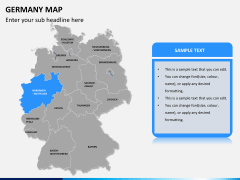 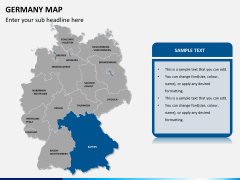 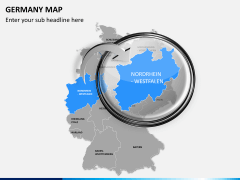 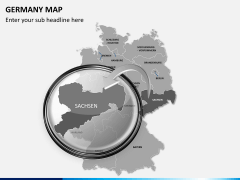 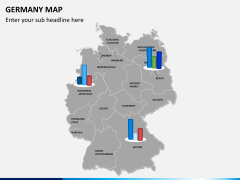 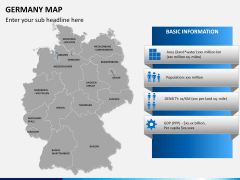 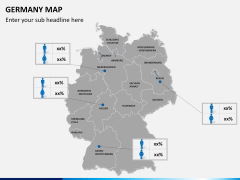 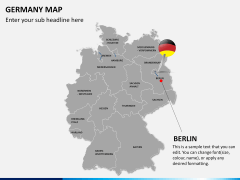 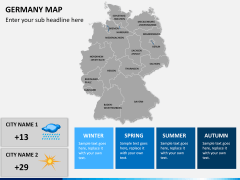 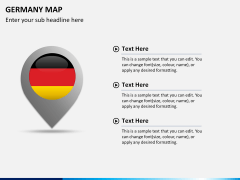 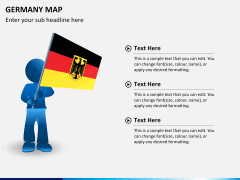 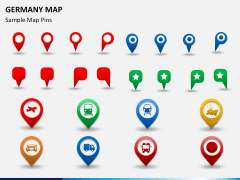 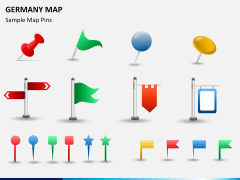 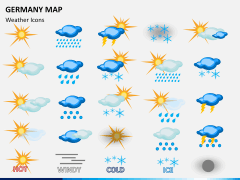 Every presentation has its own specific needs. Not every message is meant to be spoken out directly. Where for some you need picturesque visuals, several of them can only be expressed well through maps. From simply exhibiting a place in the heart of the earth to making it more significant by pointing it out more specifically, maps play a variety of roles. Thus, for your Germany related presentation, we bring to you pre-designed and pre-formatted PowerPoint Germany Map Template. Professionally built under the supervision of experts, the set not only saves your time and effort but adds more fun to your message.

Fully customizable and easy to include in your visuals, the maps on the set are most innovatively designed. So, whether you're to use them for educational purposes or for a crisp business communication, you'll not be disappointed.

Germany or Federal Republic of Germany is a federal parliamentary republic western-central European country, which occupies key position in the economic and political scenario of Europe. It is the second most popular migration destination of the world after the United States of America. It is the fourth-largest economy of the world in terms of its nominal GDP and also the fifth-largest in terms of its purchasing power parity. Known as the global leader in the technological domains and various industrial sectors, it holds a significant position in trade and business across the world. Being an important part of EU and member of various powerful organizations such as the UN, NATO, G8, G20 and OECD and Council of Europe, it enjoys a power of great eminence.

Historically and culturally rich, Deutschland let its mark felt almost in every field. From music to art and technology to education, you name it and it has its presence there. Even in tourism, it is the seventh most visited nations of the world and is also known as one of the safest places to visit! It has a unique record of winning the Nobel Prize for science & technology, as 104 Germans have been Nobel Laureates so far. Several major automobile companies have their origins here. Even the fashion market is well dominated by Germans with their textile industry making a revenue of 28 billion Euro. In fact, it has always been influencing the western fashion from historical times. Sports too hasn't been left by its mark as it is one of the leading motor-sport countries of the world.