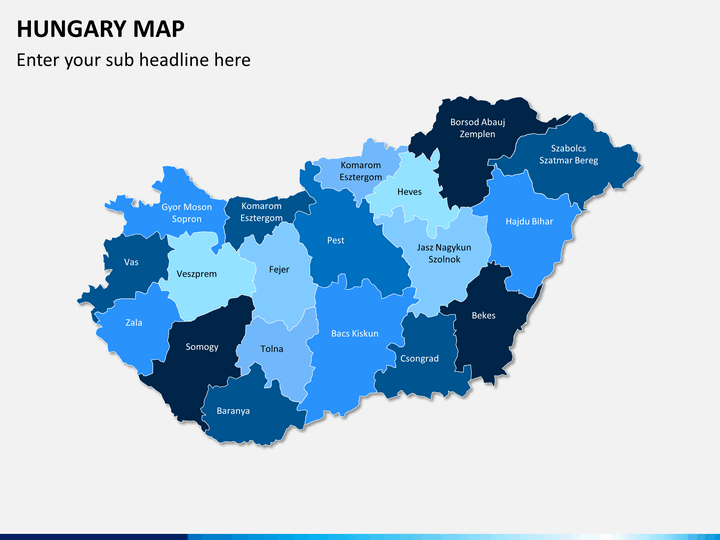 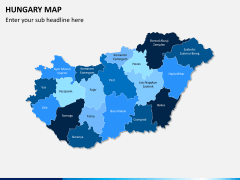 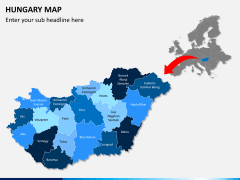 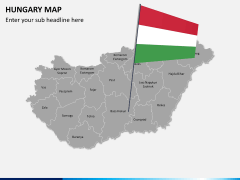 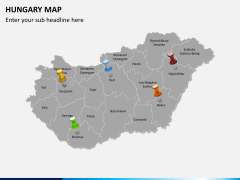 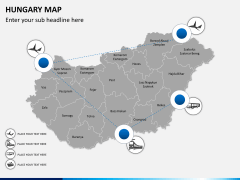 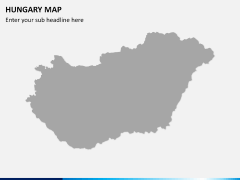 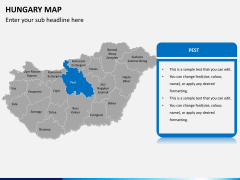 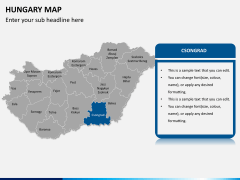 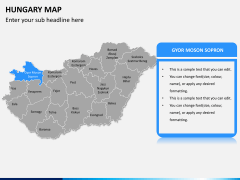 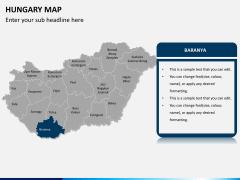 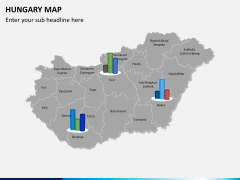 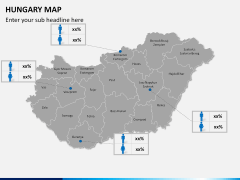 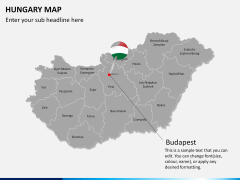 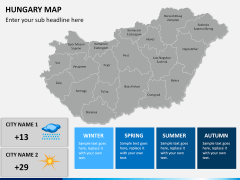 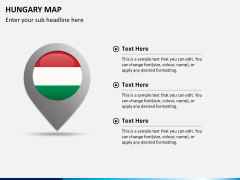 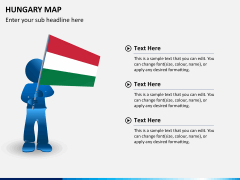 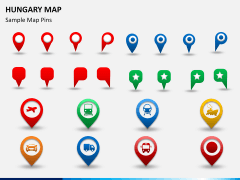 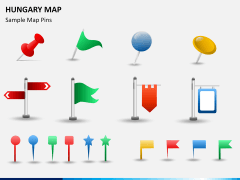 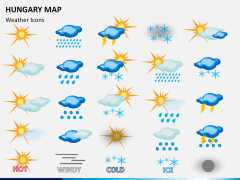 Mentioning geographically important places and displaying the longitudinal and latitudinal information with accuracy is almost impossible without a specific map. Yet when you are to visualize information in a business presentation, you can’t think of creating digital maps on your own. This is where you feel the need of ready-to-use substitute that is attractive and can be used again and again. Our pre-made PowerPoint Hungary Map Template will do exactly this. Wherever you need to illustrate geographically relevant facts within the Hungarian boundaries, you can use the set. The set only requires you to insert your text and make needed modifications. Thus, you don’t have to do anything from the scratch.

Template includes slides depicting the entire nation as well as some of them illustrating places of major significance. You can use the set for displaying major travel routes, important trade centers, national and international boundaries and so on. You get an extensive selection of colors, shapes, symbols and icons along with the set. The designing elements are also under your command. So, you have freedom to modify the background details, change the color, font style & size. You can even change the placement of the text. From highlighting particular regions to adding different colors to different areas, you can do anything that suits your purpose.

Hungary or the Republic of Hungary is a landlocked country located in Central Europe. It lies in the Carpathian Basin and is bordered by Slovakia on the north, Serbia and Croatia on the south, Ukraine and Romania on the east, and Austria on the west. Its southwest is bordered by Slovenia. It follows Unitary Parliamentary government with constitutional republic. It is one of the upper-middle income countries of Europe and has a very high Human Development Index.

With several wonders of nature housed in the country and its own heritage of beautiful architecture, it is one of the popular tourist destinations of the world. It attracted 10.675 million tourists in the year 2013. The country is notable for various important inventions such as Ballpoint pen and Rubik’s Cube. It has also contributed in the field of science and technology through several important discoveries and inventions.