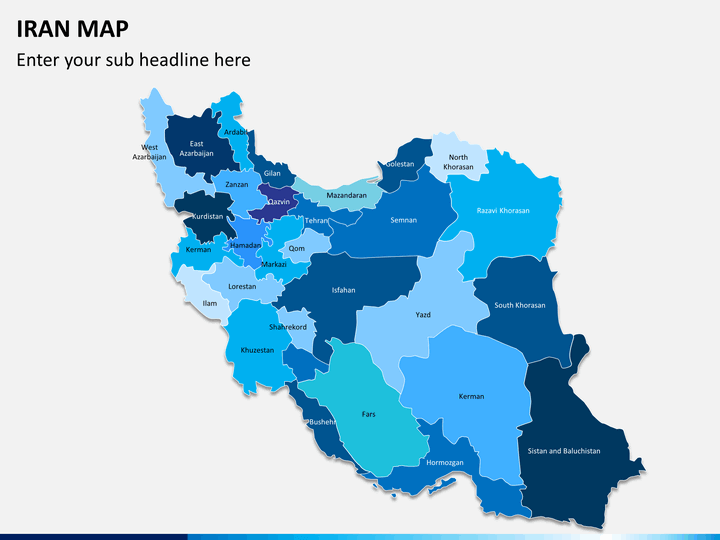 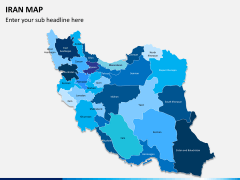 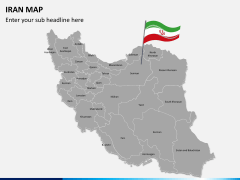 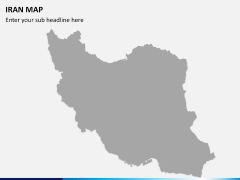 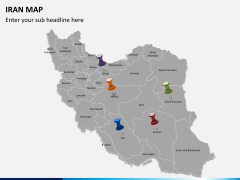 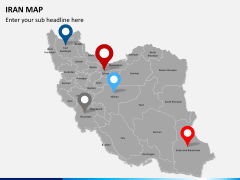 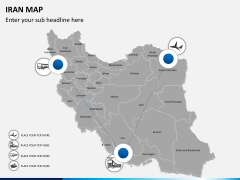 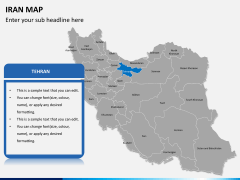 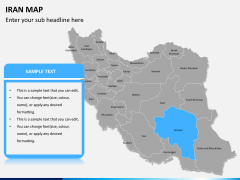 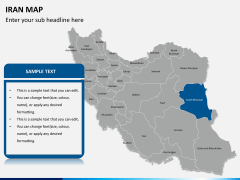 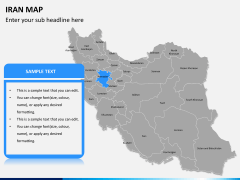 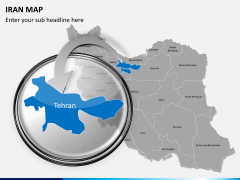 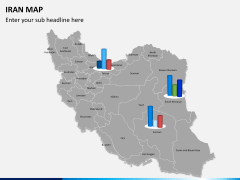 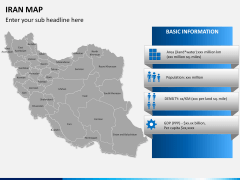 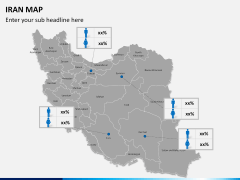 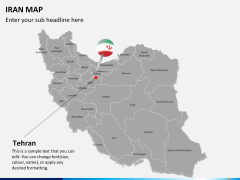 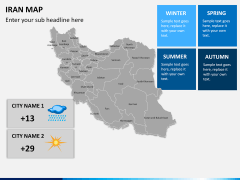 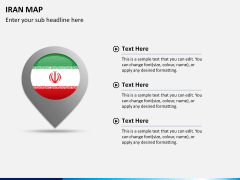 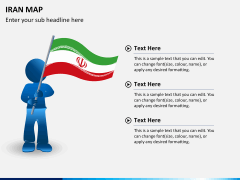 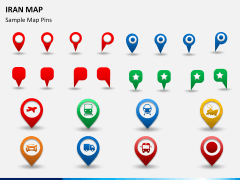 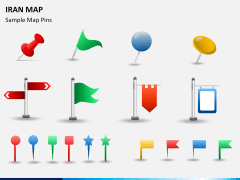 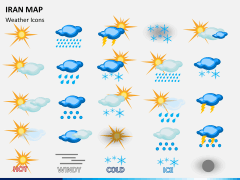 A business presentation is no rhetorical echoing of any kind. It is rather a memorandum of important information well expressed. Howsoever gifted a speaker maybe, to be successful, proper visualization is vital. While certain data-sets are well explained through picturesque images, some of them can only be suggested through maps. Where on one hand crisp and clear communication is a must, getting ready in strict time frame is also essential. Realizing this need of most corporate houses, we bring to you an entire set of pre-made PowerPoint Iran Map Template. This entirely ready-to-use substitute will not only save you from time consuming slide preparations but will also give an enthralling imagery to your message.

Regardless of your theme and subject, you can use the maps on the set. Wherever you feel the need of including geographically specific information related to Iran, the deck will prove ideal. Where mere words may appear banal, needless to say, topographical details with aptly handled designing elements do real wonder. Thus, by simply including your message and making the needed alterations, you'll be ready with the visuals depicting Iran in most colourful way.

Iran, officially known as Islamic Republic of Iran is a West Asian country bordered by Armenia on the northwest, Azerbaijan, Nagorno-Karabakh Republic, along with Russia and Kazakhstan to the opposite of the Caspian Sea, Turkmenistan on the northeast, Afghanistan and Pakistan on the east, Turkey and Iraq on its west, and finally Persian Gulf and Gulf of Oman on its south. In the Middle East region, it happens to be the second-largest nation. Also, in the world it stands on the 18th position in terms of its size with its land area of 1,648,195 km2. It is known as one of the oldest civilizations of the world. It follows unitary presidential theocratic republic form of government run by the clergy of the country. It has largest supply of natural gas and the fourth-largest petroleum reserves of the world. It is the founding member of various organizations such as UN, NAM, OIC, and OPEC. It also enjoys being the Asian country that has fourth largest number of World Heritage Sites recorded by UNESCO.