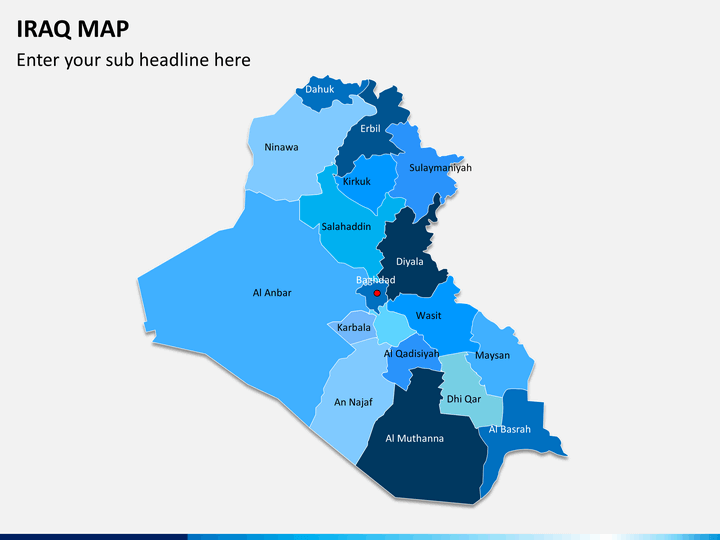 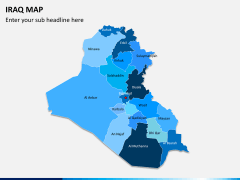 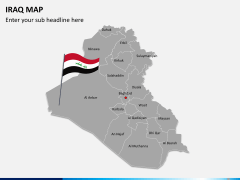 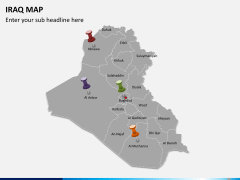 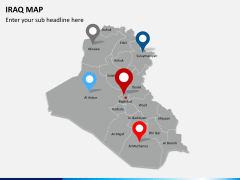 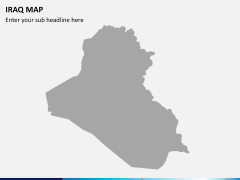 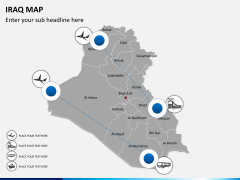 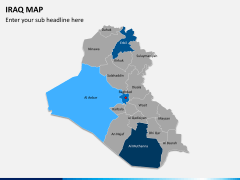 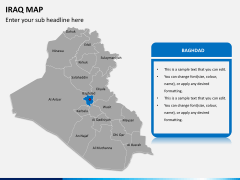 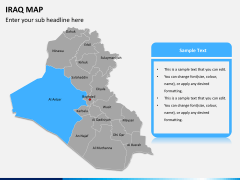 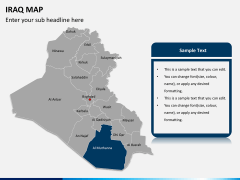 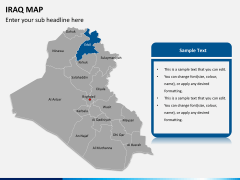 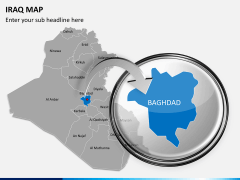 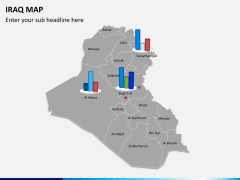 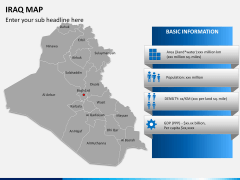 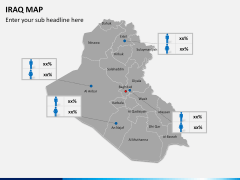 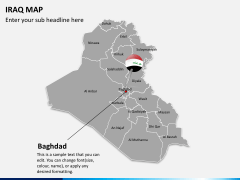 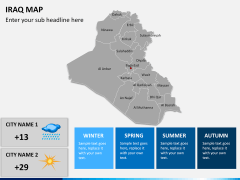 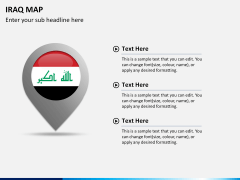 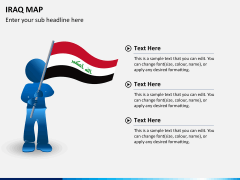 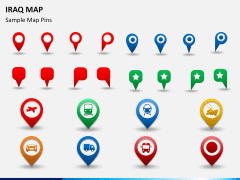 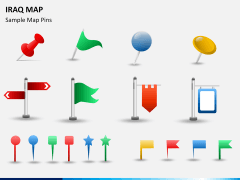 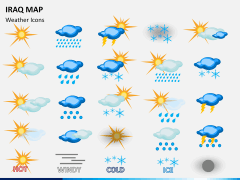 Creating an entire set of maps for every next presentation doesn't make much sense, does it? Moreover, it is a job easier said than done. Thus, to ease your task, we bring to you an entire set of pre-designed PowerPoint Iraq Map Template. Professionally made with relevance to business usage, the set is specifically created for helping busy executives from the burden of slide creation.

Wherever you feel the need of mentioning Iraq, the template will prove useful. Whether it is to demonstrate a busy market in Baghdad or to highlight the holy city of Karbala, the set will do complete justice. From a typical business set up to a more detail-centric academic scenario, the maps on the deck will fit well in a variety of situations. Easy to use and handle, howsoever difficult your theme maybe, you'll hardly need a few minutes to get ready with your visuals.

Iraq, officially known as the Republic of Iraq is a West Asian country located in the Middle East and is bordered by Turkey on the north, Iran on the east, Kuwait on the southeast, Jordan on the southwest, Saudi Arabia on the south, and Syria on the west. As it is located on the northern part of the Persian Gulf, it has a coastline of 58 kilometer. The nation mainly consists of desert, yet there are areas between the rivers of Euphrates and Tigris comprising of fertile plains. It is a democratic country and follows a Federal Parliamentary Islamic Republic form of government that has 3 branches, namely, the legislative, the executive, and the judicial. However, it is known to have most unstable form of government in the world. It is one of the oldest countries of the world and has been the home to the earliest of the civilizations of the world and thus, is often known as the ‘Cradle of Civilization'. It is known to have the second largest oil reserves in the world.