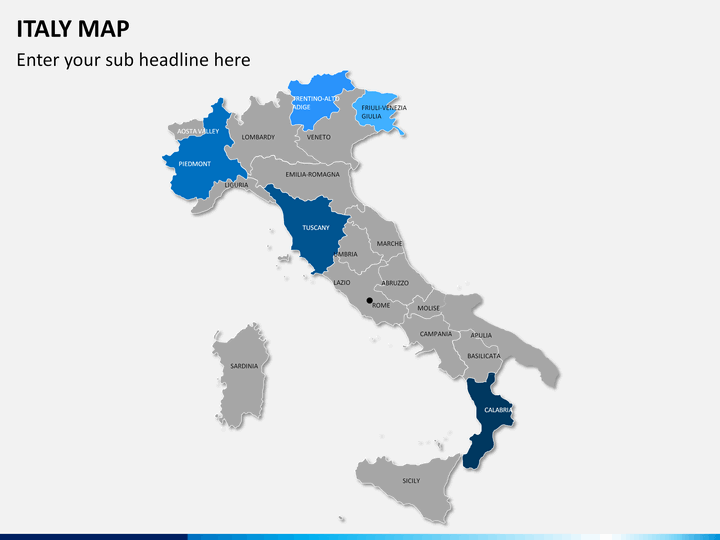 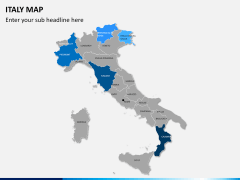 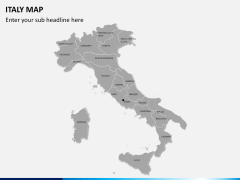 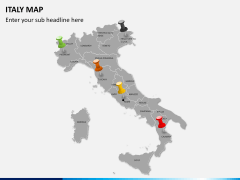 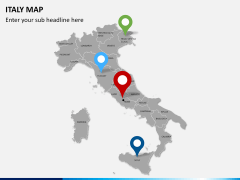 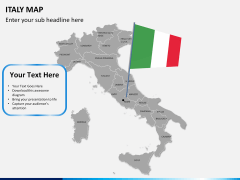 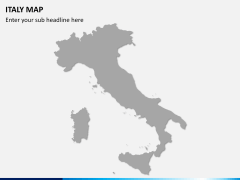 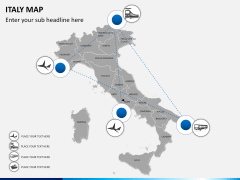 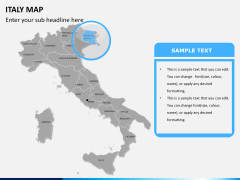 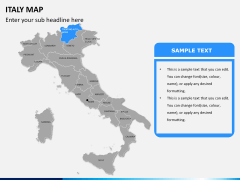 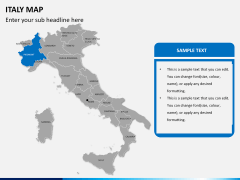 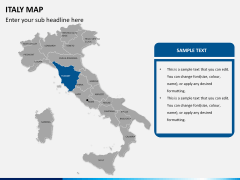 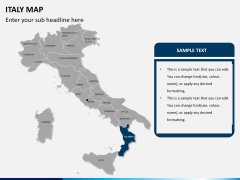 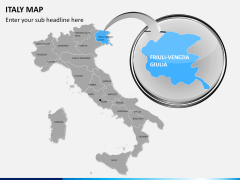 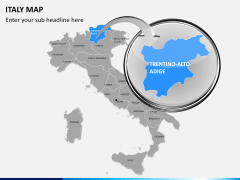 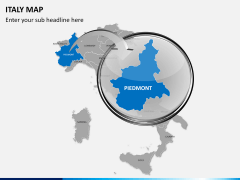 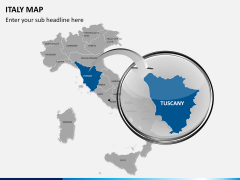 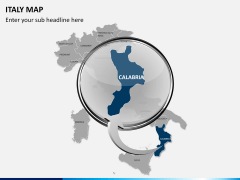 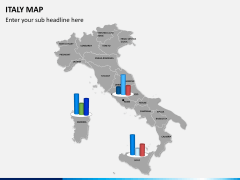 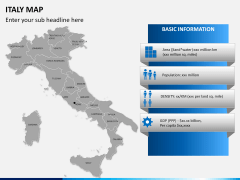 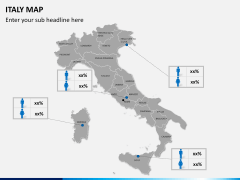 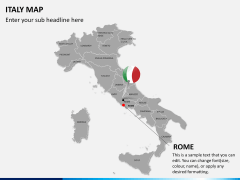 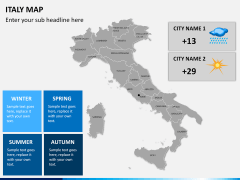 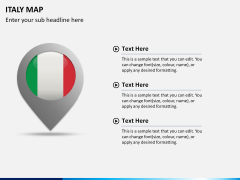 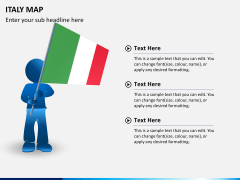 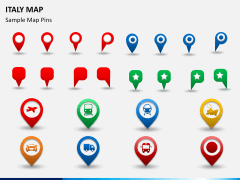 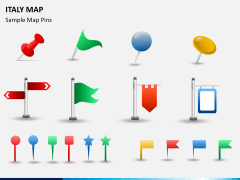 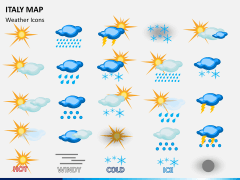 Describing the geographical importance of a place without helping your audience know where it is actually located is a dumbest possible thing to do. Thus, it is always advisable to let your verbal message get a visual vocabulary to have highest possible effect. Understanding this, we bring to you pre-designed PowerPoint Italy Map Template. This set of professionally built customizable maps will add more strength and authority to every word that you'll speak. Not only your time, energy and resources will get saved but also your message will get extra punch.

Italy, being one of the most important countries of Europe, has various reasons to be a part of your business communication. You may be looking forward to expand your business to this beautiful country. Or it is a new tie up with some Italian firm that your company is looking forward to. Whatever your business aims or plans maybe, when you need to locate a place on the map with scales, a ready-to-use digital map is the best option. And this is what this template provides you with. You don't need to be a business person always to use this set. You can be anyone from an educator to a lawyer, a traveler to an engineer; the set will fulfill all your distinct needs. In other words, it is thoroughly versatile and fits in all kinds of presentations.

Italy, officially known as Italian Republic is one of the powerful countries of Europe. It is a developed country that follows a unitary parliamentary Republican system. It is located in the southern part of Europe. It is the 4th largest economy of the EU and 3rd largest in the entire Eurozone as well as 9th in the world in terms of its GDP. Being a member of several eminent groups such as the UN, EU, NATO, OECD, DAC, WTO, G4, G6, G7, G8, G10 and G20 as well as the council of Europe, Central European Initiative, Latin Union, Uniting for Consensus, and Latin Union, it is one of the major European Powers that has a great global influence.

Art and literature has given much prominence to the country and is known for offering a rich cultural heritage in the form of its renaissance visual art, literature and western classical music. It also has a fair share in sports and science and technology. It is one of fashion leaders of the world with Milan regarded as fashion capital of the world. Also in the field of design comprising of industrial, urban, architectural and interior design, it is one of the leading nations of the world.