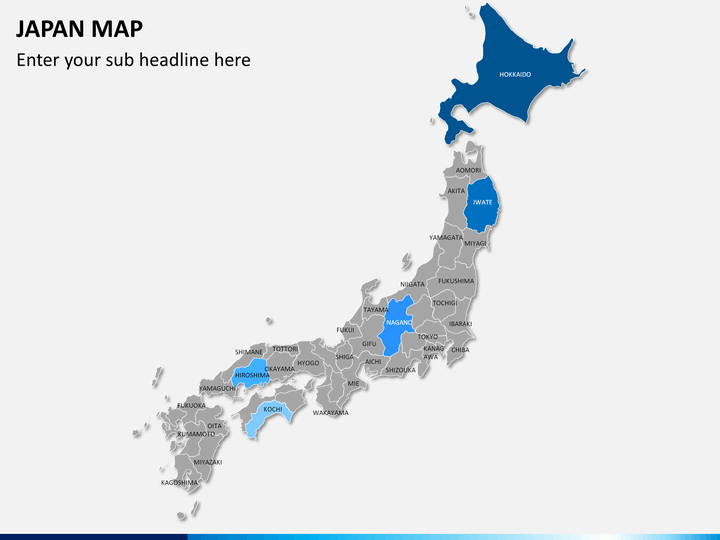 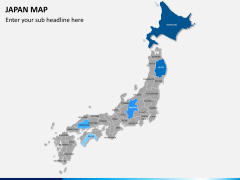 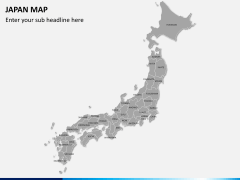 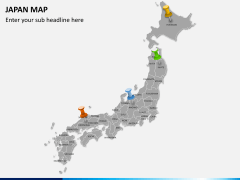 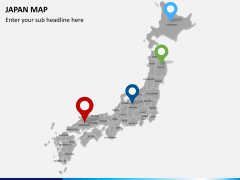 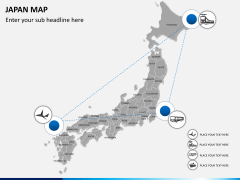 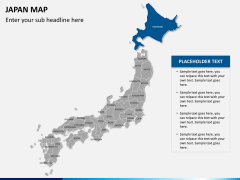 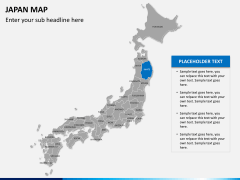 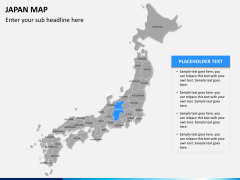 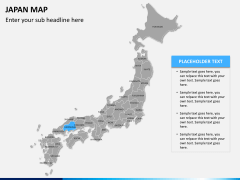 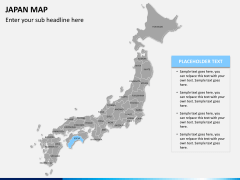 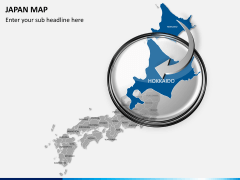 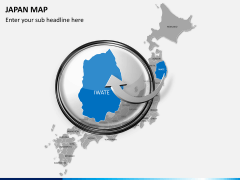 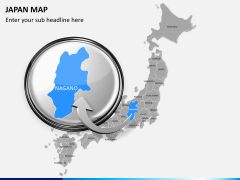 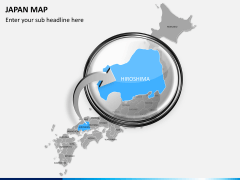 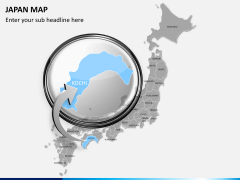 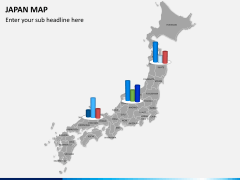 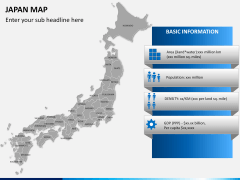 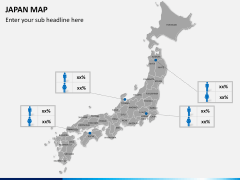 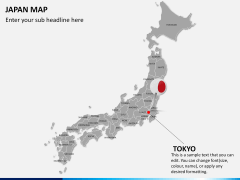 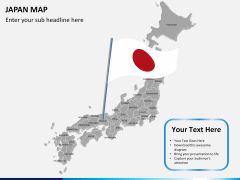 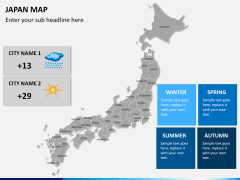 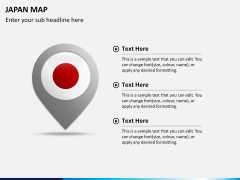 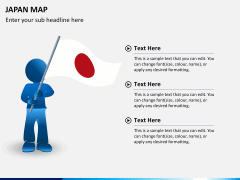 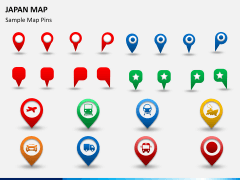 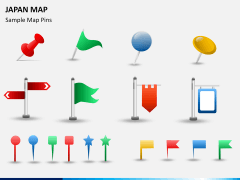 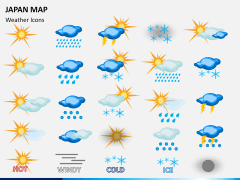 Communicating your message is no less than an art. Sometimes even the best of communication skills and most brilliant images fail to express what exactly you want to say. This is especially in the case where you have to illustrate geographical boundaries and important locations. Only a map related to your theme proves a most appropriate solution. Understanding this very fact, we bring to you an entire set of PowerPoint Japan Map Slides. Pre-designed and pre-formatted, the slides on the set are ready for immediate use with just a bit of alteration.

Whatever you aim at communicating and whoever you have among your audience, your visuals will be ready within no time. You'll always find the slides dependable because of its versatility and prolific usability. So, while you work on your ideas, our set will assist you in expressing them the right way!

Japan is a culturally rich and economically well stable island nation in East Asia. Basically, it is a stratovolcanic archipelago with 6,852 islands that lies in the Pacific Ocean. Honshu, Hokkaido, Kyushu and Shikoku are the largest of its islands. It is the tenth-largest populated country of the world. It is a developed nation and a major economic great power being a member of the UN, G7, G8 and G-20 major economies. Also, it is the third-largest economy of the world in terms of GDP and fourth largest in terms of purchasing power parity. It even has eighth largest military budget of the world.

Though it is a constitutional monarchy, the Emperor has a limited role to play. It is one of the leading nations of the world in the field of scientific research, technology and biomedical research. In fact, it is known to be a world leader in fundamental scientific research. From sports to culture and tech to art, it has its own distinct place in the world. It also has 16 sites listed by UNESCO World Heritage sites, and is much loved by the tourists because of its unique natural beauty.