Impress at your best with 100% editable professionally built PowerPoint Netherlands Map Template for best presentation results. This template is also available for Keynote and Google Slides. 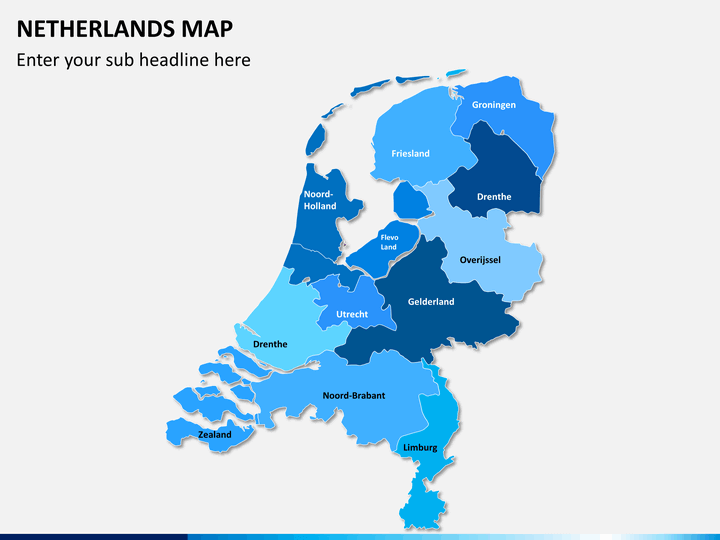 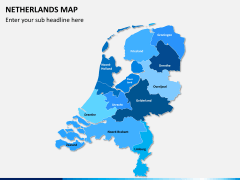 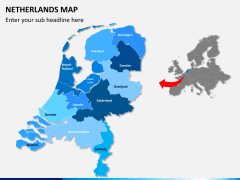 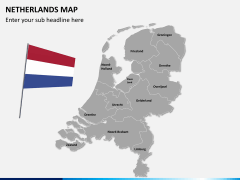 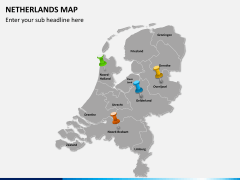 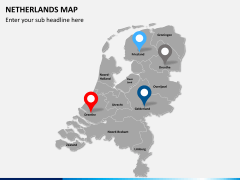 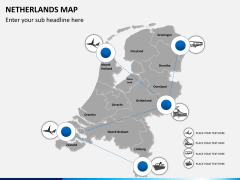 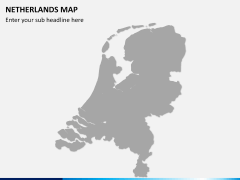 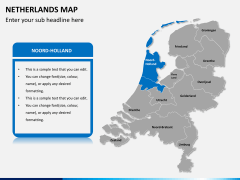 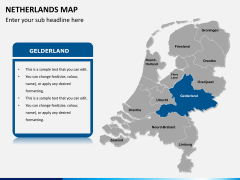 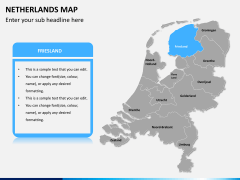 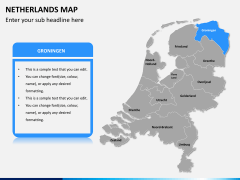 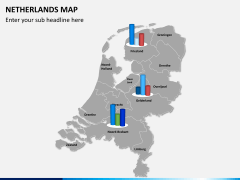 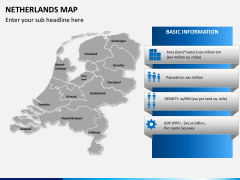 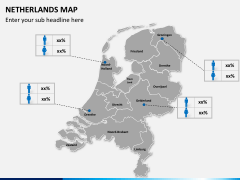 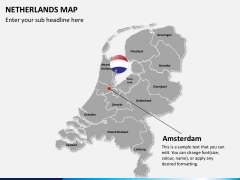 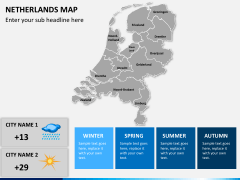 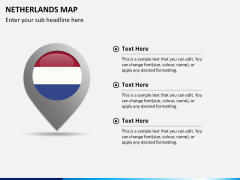 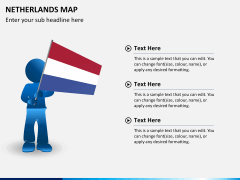 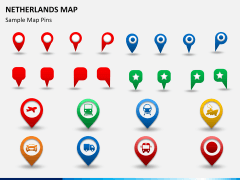 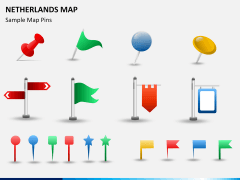 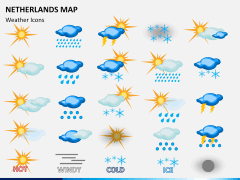 Sometimes explaining a point is just not the way it appears. Now when it comes to emphasize on certain areas, zones, states or provinces and counties, nothing works the way a proper map does. But with modern techniques you'd need digital cartography to fit in well with your digitally visualized information. This seems a bit difficult and when you have a really tight schedule, it is just not practicable. Thus, understanding your needs, we bring to you a ready-to-use substitute. Now when you are in need of displaying important areas and regions of The Netherlands, you won't have to go helter-skelter creating your own set of maps!

Our professionally built pre-designed PowerPoint Netherlands Map Template will do it all for you! From adding a perfect visual boost to your information to making your data catchier, the set will stand by your side. Whether you're an academician or a cicerone arranging travels and tours or an entrepreneur expanding your business globally, you can depend on the set. Just with a slight modification here and there, the slides will be ready to explain your ideas, points or concepts.

Netherlands is the major constituent nation of the Kingdom of the Netherlands. It is a small country that lies in the Western part of Europe and also includes three islands in the Caribbean and is quite densely populated. It has a parliamentary democracy and constitutional monarchy. It was one of the first nations of the world to have an elected parliamentary form of governance. It is a highly liberal nation and has legalized abortion, prostitution, and euthanasia and also the first country to make same-sex marriage legal. It is one of the founding members of the EU, G-10, NATO, WTO, OECD, Eurozone, and a part of trilateral Benelux economic union. It has a developed economy and has been known for playing important role in the European economy for several many centuries. It enjoys 17th largest economy in the world and hold 10th position in nominal GDP per capita.