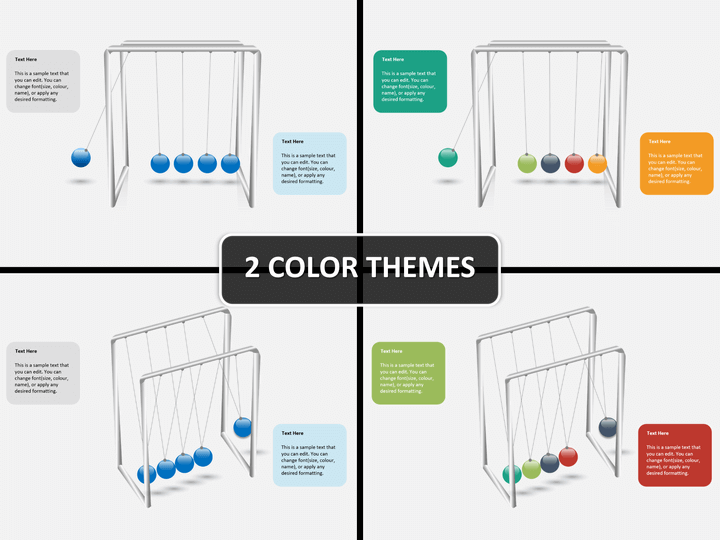 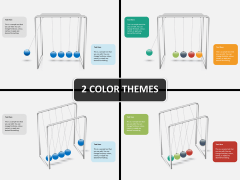 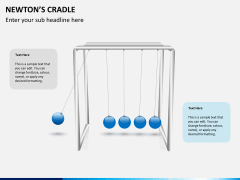 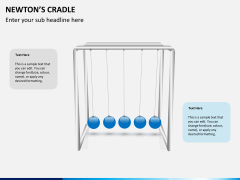 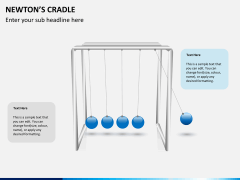 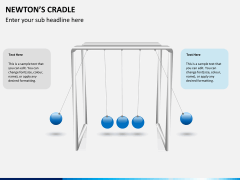 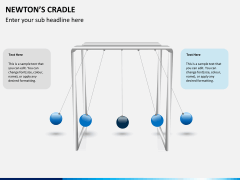 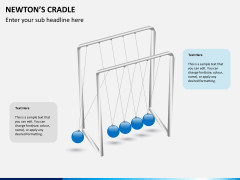 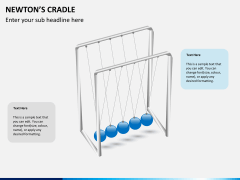 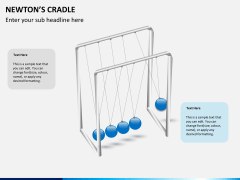 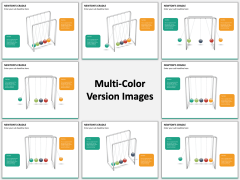 Our Newton's Cradle PowerPoint Template is ideally suitable for stage diagrams or certain techniques that involve use of a chain of systematic steps. There are 8 editable slides with which one can explain chain reactions and processes in an easily understandable and visually appealing way. One can easily describe how each single factor is very essential in adding to the total output. It has wide usage in presentations on constancy, conservation of momentum, laws of mechanics, energy conservation, law of physics, laws of energy and kinetics, novelty items, mechanical gadgets etc.

Each slide has been created professionally using PowerPoint objects allowing the end-user to customize and improvise the texts according to the requirement. The graphics used in the set can be easily edited with addition or deletion of data, texts, charts etc. as per the need. It will definitely support the visuals of your presentation to make it more host-friendly. So, create an individual presentation in an uncomplicated and time-saving manner.

Newton's cradle is a wonderful contraption that works on the principle of conservation of energy, conservation of momentum and friction with the help of a series of singing spheres. It was named in honor of Sir Isaac Newton. If we lift one end and release simultaneously, it will first strike the stationary spheres. Thus, a force is transmitted in a systematic manner and the other balls collide and push the last one in upward direction that lifts to the same extent that triggered the initiation of the sequence.

Also referred to as Newton's rocker/balls or Executive Ball Clicker, it has its uses as an executive desktop toy or for educational demonstration of the energy conservation laws of physics.Though it has a seemingly simpler design yet it describes the very basic and fundamental laws of mechanics and physics. It explains balance and equilibrium in the most perfect manner as if one single ball strikes on one end, another single ball will strike at the other end. And so is the case for two or three or four balls also provided the balls are made of same mass and composition and have same elasticity and spherical shapes.