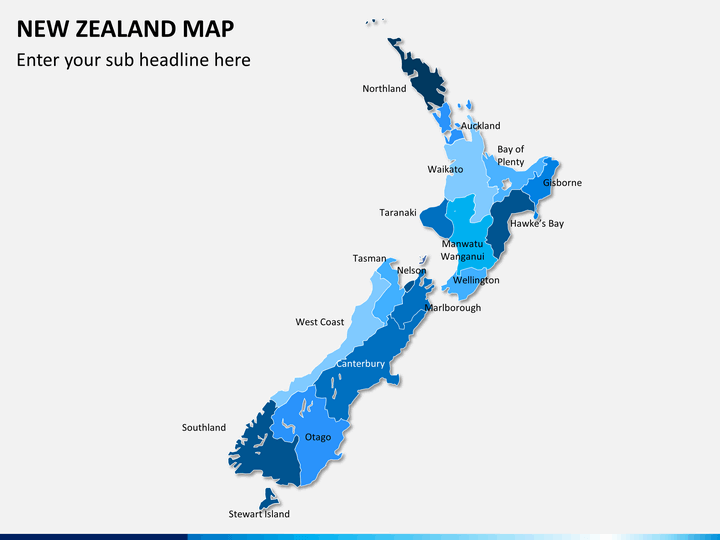 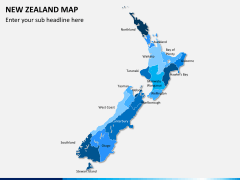 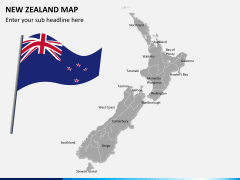 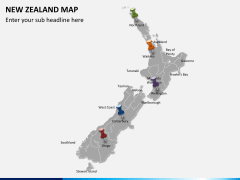 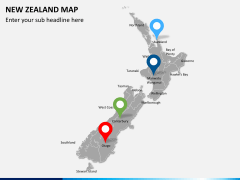 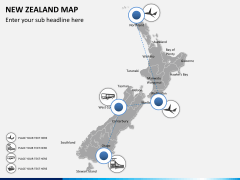 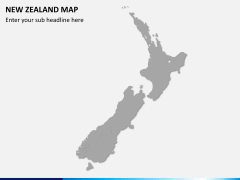 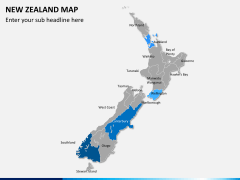 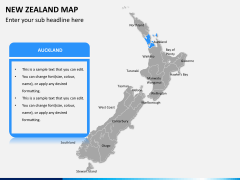 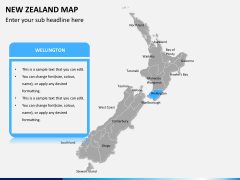 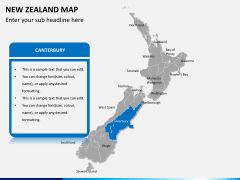 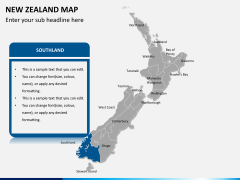 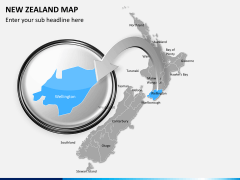 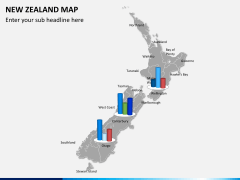 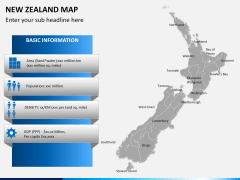 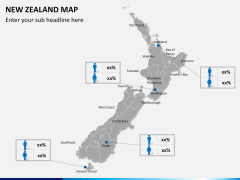 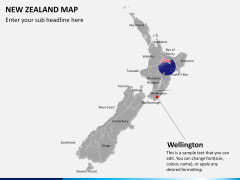 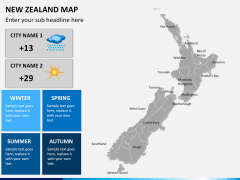 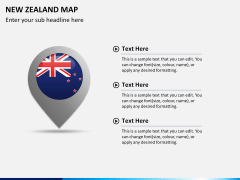 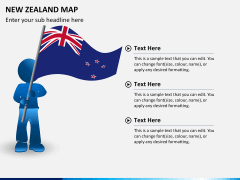 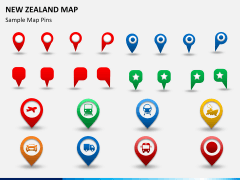 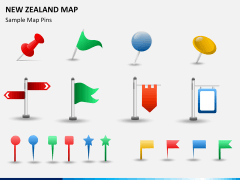 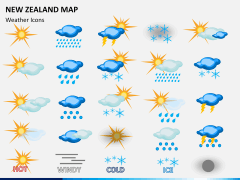 When it comes to adding more than a few nifty illustrations and you have to specify the geographical boundaries, longitudinal and latitudinal details, maps are the solution for you; they don't just get you that extra bit and add a little more but almost completely overhaul the information! The only trouble is that digital cartography is no easy a task. It takes away a whole lot of time and requires painstaking efforts. Thus, to disburden you from all kinds of unnecessary efforts, we bring to you trendiest little solution!

Our professionally created pre-made PowerPoint New Zealand Map Template is just the kind of thing that you'll want. Wherever you want to include important details about this significant country from the continent of Oceania, the set will come to your rescue. You'll never again have to spend hours on slide creation nor will you need to encumber your mind with technical details of designing. No hours of hard work needed; So, there you save - money, time, and energy!

New Zealand is an island country that lies on the southwestern part of the Pacific Ocean. Geographically, it is constituted by two land masses, namely the North Island, also known as Te Ika-a-Maui and the South Island, also known as Te Waipounamu, apart from various other smaller islands. It is located at some 1,500 kilometers away from Australia on the east across the Tasman Sea and has south of the Pacific island areas comprising of New Calendonia, Fiji, and Tonga in its neighborhood at a distance of approximately 1,000 kilometers. It is a Constitutional Monarchy following a Unitary Parliamentary form of government.

It is a most modern and prosperous country with developed market economy. Being a beautiful island, it is one of the major tourist attractions of the world and its tourism industry plays a vital role in its economic standing. It has significant dependence on international trade and has several areas such as agriculture, fishing, horticulture, forestry & mining as its major export industries.