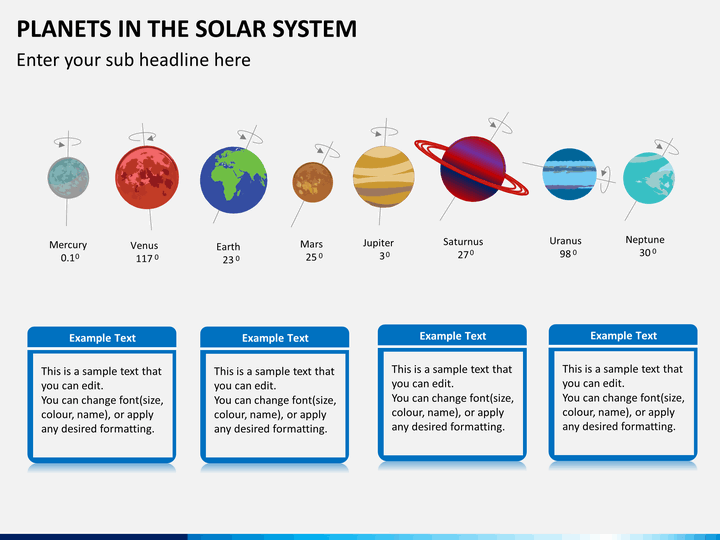 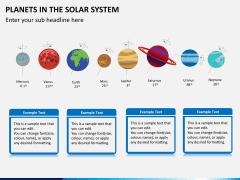 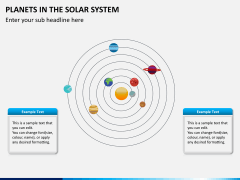 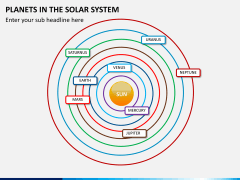 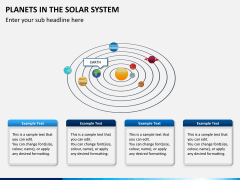 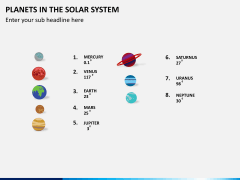 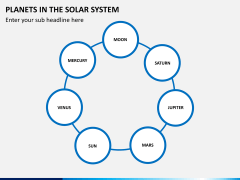 The presentation can also be used in another perspective where children have to create their project on the topic of our solar system, in that case this set will me more than useful for children to earn A+ grades for their project or presentation. The set contains 6 editable PowerPoint slides all of which carry stupendous graphics of the arrangements of our solar system and text boxes to write information about them on the slides.

This is an amazing template which will be liked by any kind of audience whether it be children or adults. It is a great way to educate kids about our solar system. The template presents these facts in front of the audience in an enticing as well as informative way. The set is filled up with vibrant colors and mathematical data about the planets in our solar system.

Our Solar system is a combination of eight planets and the sun. They are Mercury, Venus, Earth, Mars, Jupiter, Saturn, Uranus and Neptune. They revolve around the sun in different speeds and time frames such as our planet Earth revolves around the sun in 365 1/4 days which is called one year. All these planets are also inclined a bit about their axis and rotate about their axis with different speeds, such as Earth completes one rotation on its axis in 24 hours which is called a day. They are situated at different distances from the sun and have different atmospheric and weather conditions, however, life only exists on our planet, the Earth.