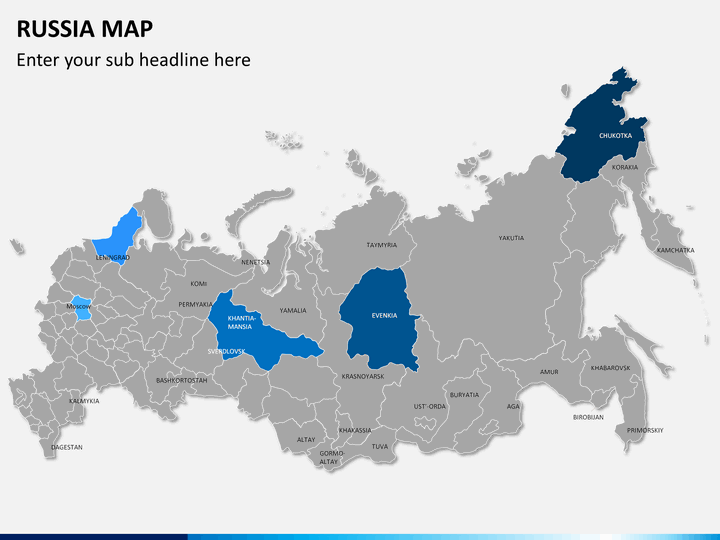 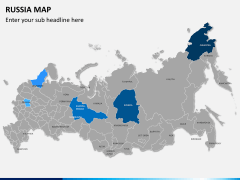 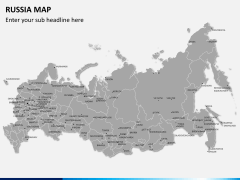 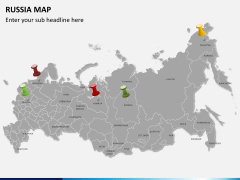 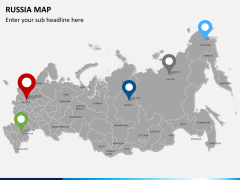 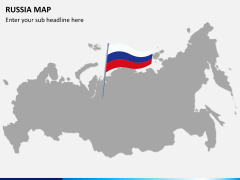 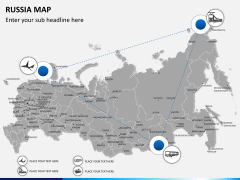 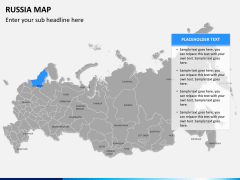 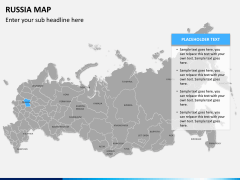 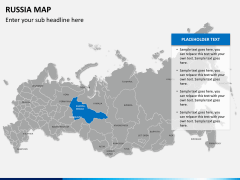 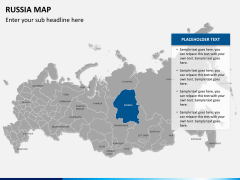 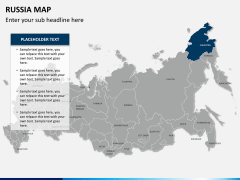 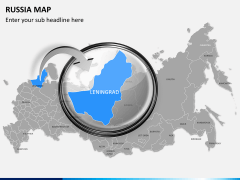 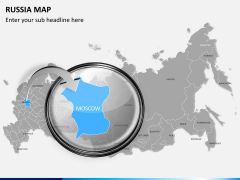 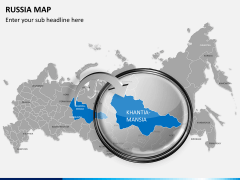 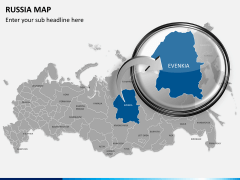 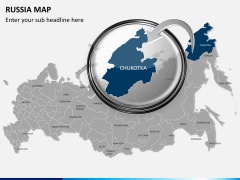 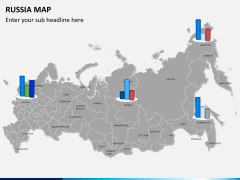 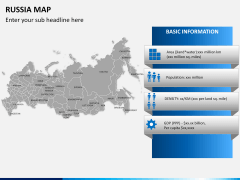 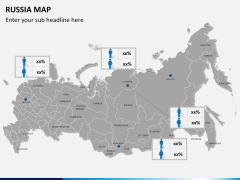 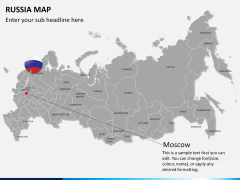 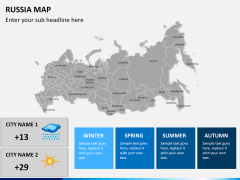 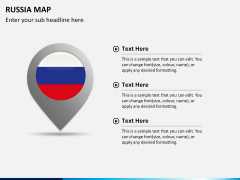 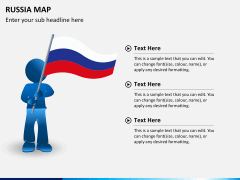 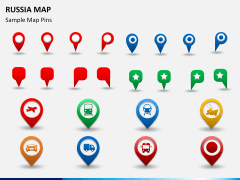 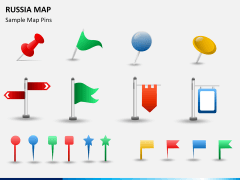 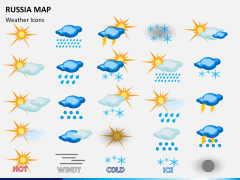 When your presentation requires you to highlight important places in Russia for whatever reasons, map of the country is a must. This is why we bring to you an entire set of PowerPoint Russia Map Slides. Pre-designed and pre-formatted, it is to rescue you from the hectic job of digital cartography! Professionally built with precision, you get to illustrate your message in a crisp and clear way yet with earnest sophistication!

You can be a history professor delivering a talk on the dissolution of the Soviet Union or a student working on classroom presentation on the country's economic development. Or, you are a business entrepreneur working on a new venture with your Russian partners. From a travel guide to marketing team leader, whoever you are, the set will do justice with your purpose. You can use the set for any theme or subject that is directly or indirectly related to the country. Display its flora and fauna or focus on its heritage buildings and politically important cities. You have complete freedom to customize the maps and add your content the way you want.

So, while you're busy working on developing your ideas and arguments to be conveyed, the slides prepare you for being visually remarkable. Just include your content and alter the design and detail. And there you'll be all set to mesmerize all with a really great presentation!

Russia, officially known as Russian Federation is federal semi-presidential republic country in northern Eurasia. Covering approximately 17,075,400 square kilometers, it enjoys being the world's largest country. It covers much above one-eighth of the inhabited land area on Earth's surface. It is also the ninth most populated country of the world. As it extends over quite a large area, it spans over nine time zones.

With its really enormous natural resources that majorly include oil and natural gas, Russia enjoys market economy. It is also the 9th largest economy of the world in terms of nominal GDP and 6th largest in terms of purchasing power parity. Covering a really large area on the Earth's surface, it is the fourth largest country to have a large cultivable land. As it has access to three major oceans of the world: the Arctic, the Atlantic and the Pacific, it does major contribution to the maritime industry and also to the fishing industry.

Being the major member of the former USSR, it occupies a permanent seat in UN Security Council as well as important membership in various other international organizations. After the dissolution of the Soviet Union, it has friendly relation with the USA and NATO and has also established the NATO-Russia Council in 2002. Being one of the five permanent members of the UN Security Council, it plays a key role in international peace and security maintenance.