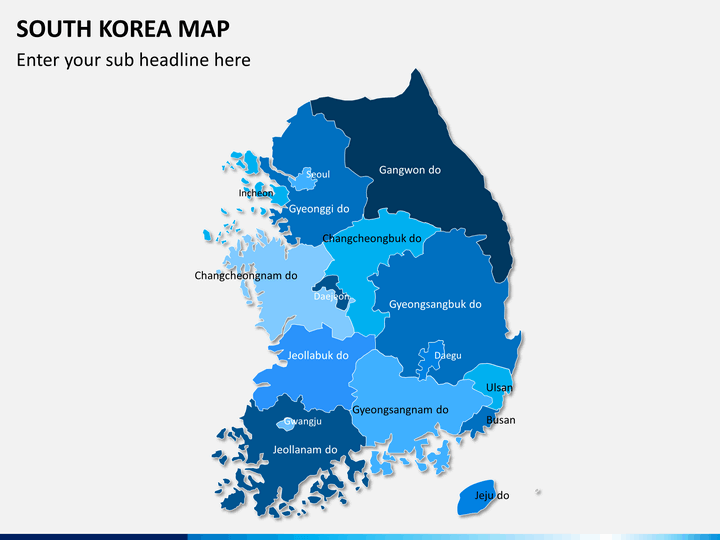 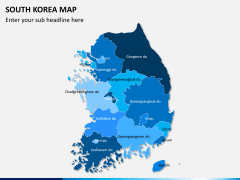 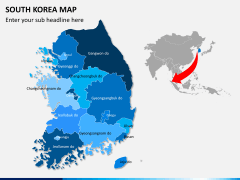 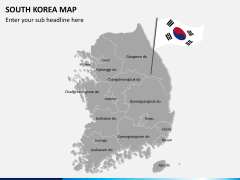 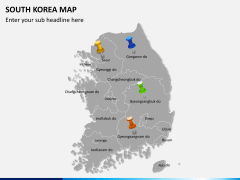 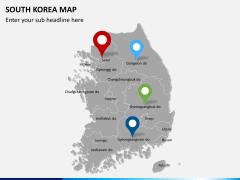 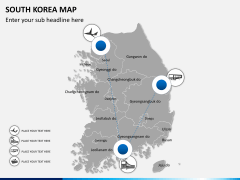 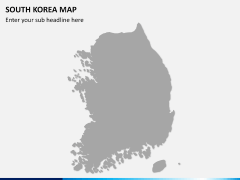 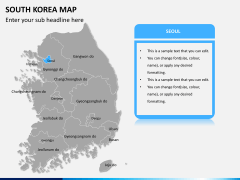 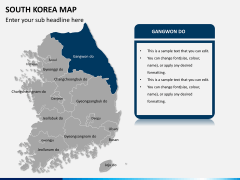 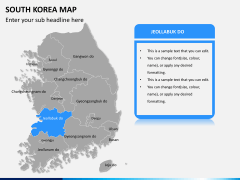 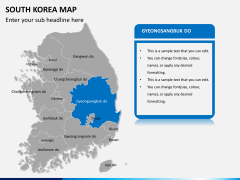 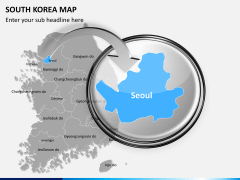 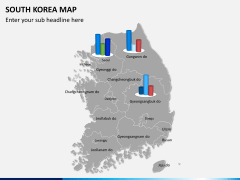 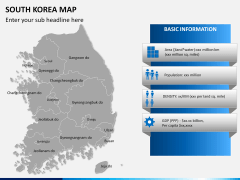 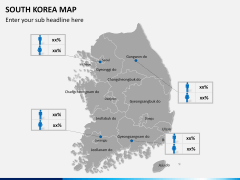 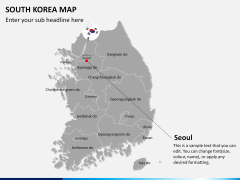 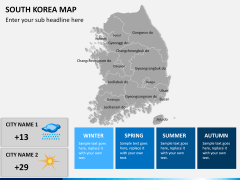 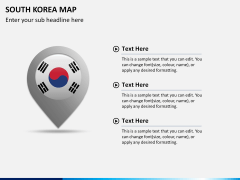 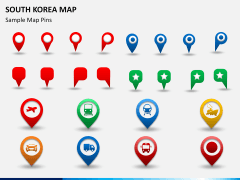 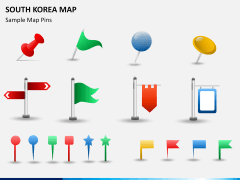 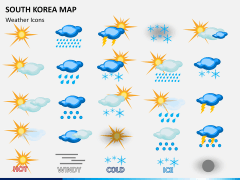 Some messages have special requirements that only a neatly crafted map can fulfill. You may feel the need of featuring information through highlighting areas or want to carve out physical boundaries and politically important regions. These simple looking essential little actions can't be undertaken without using a relevant map related to the continent, country, state, or county. When you want to convey a message in a most compellingly smart manner, adding topographical depiction to it makes all the difference. But getting into the glitches of digital cartography is no solution at all.

Understanding this complexity of quick corporate needs, we bring to you an entire set of pre-designed PowerPoint South Korea Map Template. Now, whenever you have a message pertaining to South Korea, you can depend on this set of ready-to-use maps. Professionally built and visually powerful, the slides on the set save your time, effort, and resources. There is no more any need of crafting out visuals from the scratch. Nor you have to employ a designer with special technical skills to get the job done. Just with a little editing and modification, you are ready with most fascinating illustrations for explaining your points with ease and effect.

South Korea, officially known as the Republic of Korea an East Asian country that comprises of southern region of the Korean Peninsula. The country has gotten its name from the Kingdom of Goryeo. It is neighbored by North Korea on its north, and across the seas it shares its borders with Japan on the east and China on the west. It is a unitary presidential constitutional republic and its high-commands include a President and a Prime Minister. It is a developed country with 15th highest Human Development Index in the world and the highest in the East Asia. People of the nation have a really high standard of living. The country is known to bethe highest income earner in entire Asia and 10th highest income earner across the world in terms of average wage.It is also known to have highest standard of education, health care facility and job security. Some of the most eminent multi-national companies like Samsung, LG, and Hyundai-Kia belong to the nation. It has world's fastest Internet connection speed and in terms of e-Government and 4G LTE penetration, it ranks first. It ranks second in terms of ICT Development Index and so in terms of smartphone penetration. It enjoys being the seventh largest exporter of the world. As it lies in a geographically beautiful location with mountains across in its terrain and seas around it and has about 20 National Parks, it is much liked by the tourist looking for happy recreational adventure.