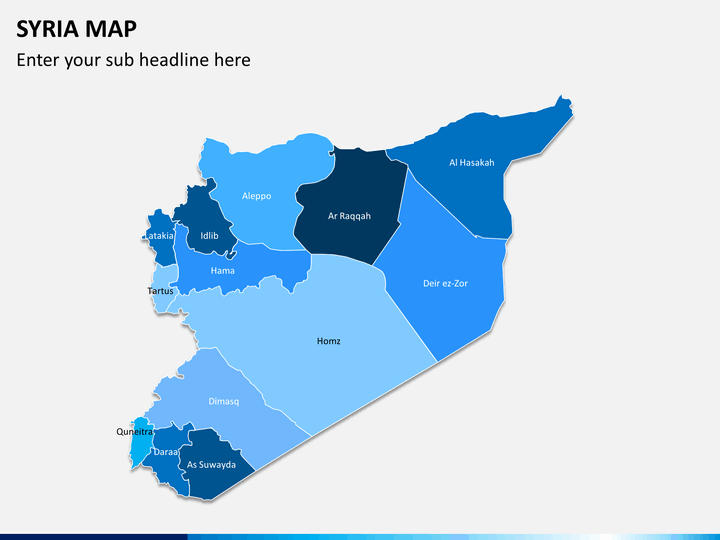 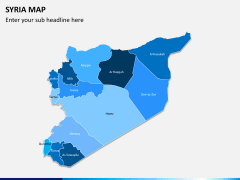 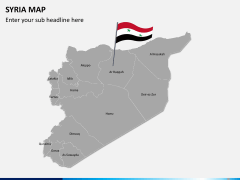 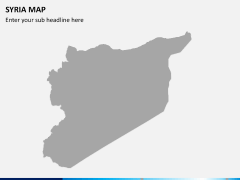 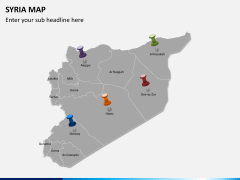 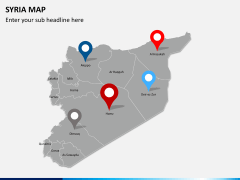 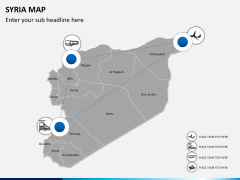 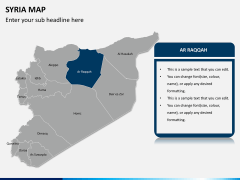 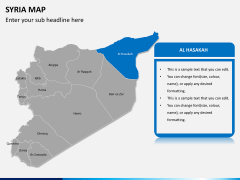 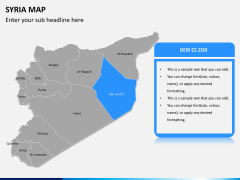 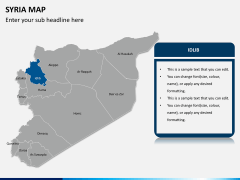 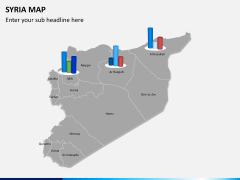 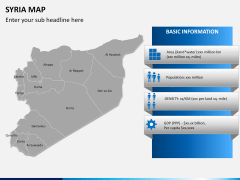 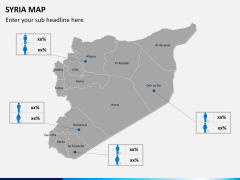 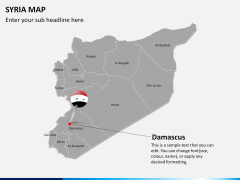 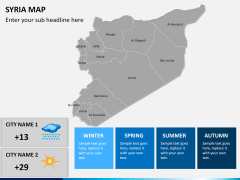 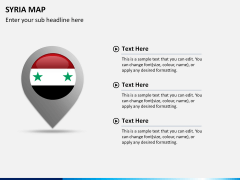 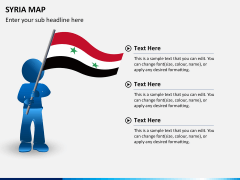 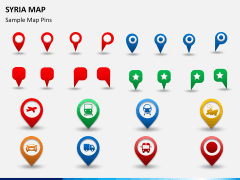 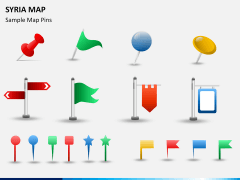 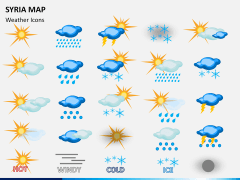 Syria, being one of the important countries from the Arab world, is often included in various presentations. Be it political in nature or economy oriented, you may feel the need to include the nation. This is best done through proper maps elaborating every specific region with apt details. Yet creating them on your own will be complex and time-consuming. With strict time-constrain and so much to do, working through longitude and latitude will only be an added burden. Thus, to relieve you from this unwanted task, we bring to you an entire set of pre-made PowerPoint Syria Map Template.

Whether you are a business executive or a university professor, the set will ideally fit in your purpose. From demonstrating your sales territories to displaying national business expansion, you can depend on the set completely. Vivid selection of colours, attractive shapes and icons, and hundreds of font styles enrich the deck. Choose what best suits your purpose and give a great bash to your presentation!

Syria, officially known as the Syrian Arab Republic is a Western-Asian country that shares its borders with Lebanon on the west, Turkey on the north, Iraq on the east, Jordan on the south, and Israel on the southwest. The Mediterranean Sea lies on its west and it is geographically diverse country with high mountains, fertile plains as well as vast desert areas. In terms of religion and ethnicity also, it offers a great diversity.

Apart from UN, Non-Aligned Movement is the only other international organization of which Syria is a member. It is a unitary republic; however, its constitution as was adopted in 2012 considers it to be a semi-presidential republic in accordance with the constitutional right that it offers to the candidate to be elected. The President of the nation is the Head of the State while, the Prime Minister is considered as the Head of the Government. Economically, it is a "lower middle income country" as considered by the World Bank.