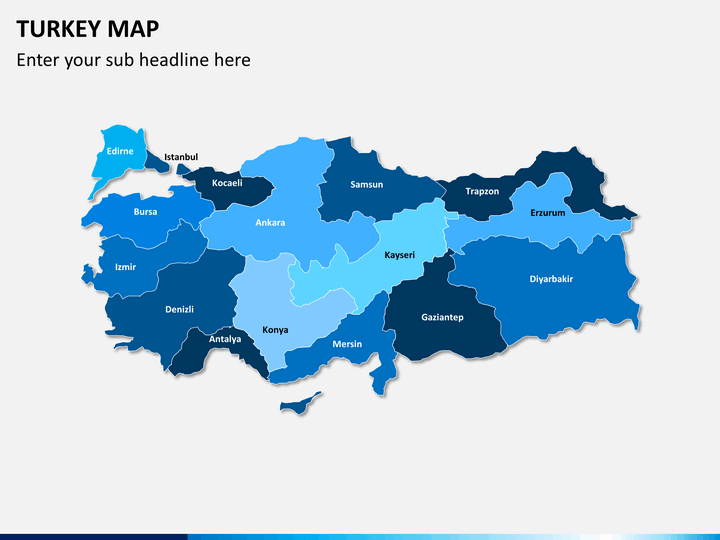 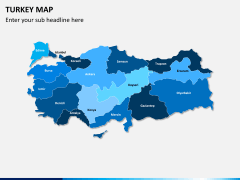 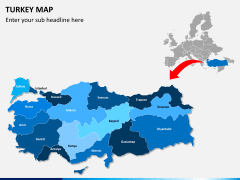 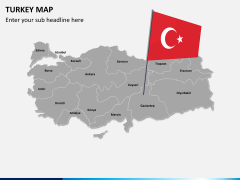 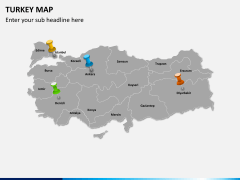 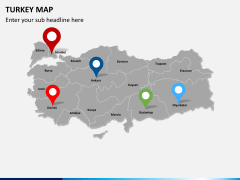 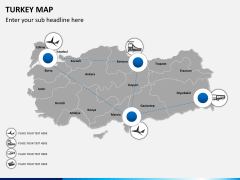 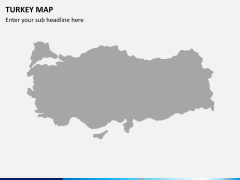 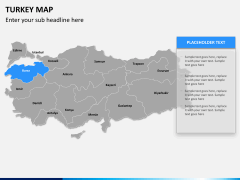 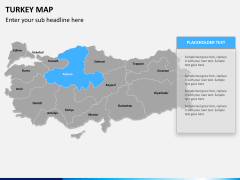 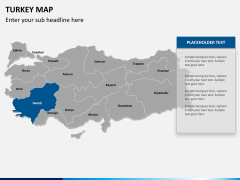 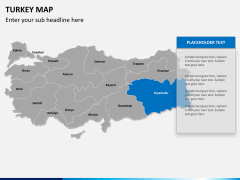 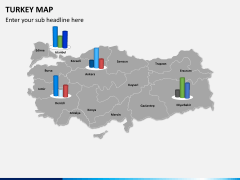 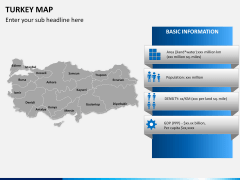 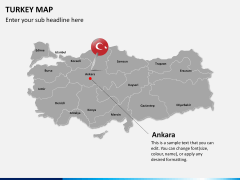 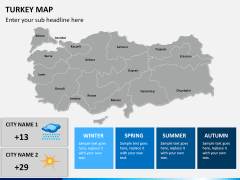 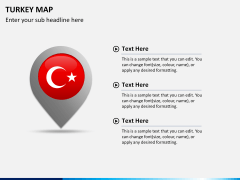 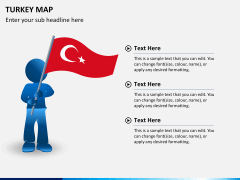 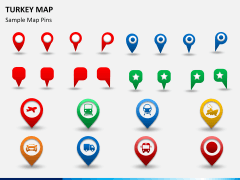 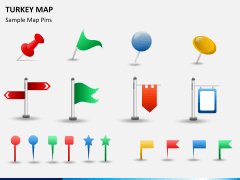 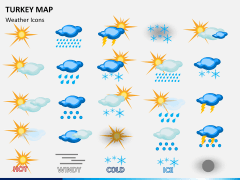 Have something geographically relevant to demonstrate? Your message is vital but it will gain all the power only with apt visuals depicting maps? It is an obvious little need for adding visual effectiveness to your message. Sometimes just speaking out the words doesn't have that kind of an impact as it does when you point out longitudinal and latitudinal details of a place. However, it is no easy a task to draft out visuals. And when you're in need of something like digital cartography, it is far more complicated a thing. Thus, to ease up your task and disburden you from the mentally-arduous job of slide creation we bring to you a ready-to-use solution! Our professionally built PowerPoint Turkey Map Template will make things easier and fascinating for you! So, no more spending hours creating the slides from the scratch and no more hiring a special designing team.

Whether you are to introduce your market expansion across the country or it is a project from Turkish client that requires you to mention major cities of the country, the set will illustrate it well! Suitable for every theme and all kinds of subject matters, you can use it for variety of purposes. Its generic nature and remarkable graphic smartness makes it one-size-fit-all solution! So, it fits all - from a college student to corporate leader; a research exponent to medical professional; a tourist guide to marketing executive!

Turkey or the Republic of Turkey is a country uniquely located at a region that has most of its part in Western Asia with a part of its Eastern Thrace in Southeastern Europe. This special location makes it a transcontinental country. It shares its boundaries with eight different countries that include - Armenia, Iran, and Azerbaijani exclave of Nakhchivan on the east; Georgia on the northeast; Greece on the west, and Iraq and Syria on it s southeast. It is surrounded by several seas that include the Mediterranean Sea on the south; the Aegean Sea on the west; and the Black Sea on the north. It follows a parliamentary republic form of government. It is a politically powerful country being a member of various international organizations that include the UN, NATO, OECD, OSCE, OIC and the G-20. It is also known as a regional power because of the diplomatic initiatives led by it and also because of the economic growth that it has been gaining for quite some time. It is economically developed and is 17th largest economy of the world in terms of PPP as well as in terms of GDP. With it remarkable art and architecture, diverse geographical location and special cultural place in the history, it is one of the most sought after tourist places and has been ranked as 6th most popular tourism destination of the world.