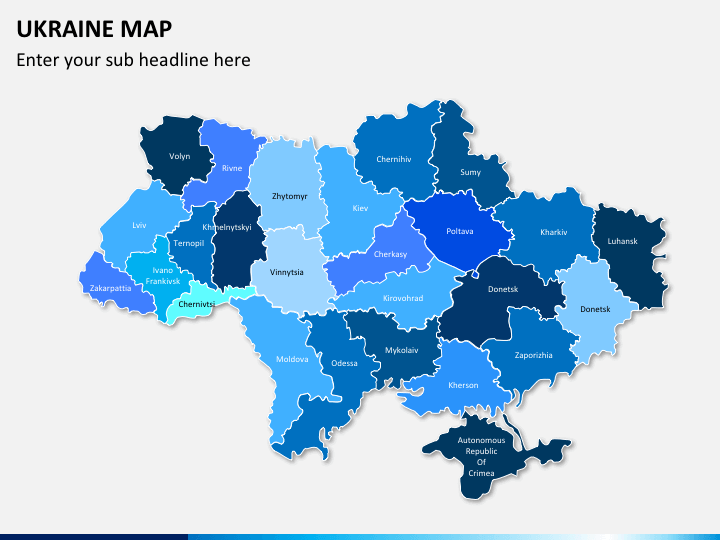 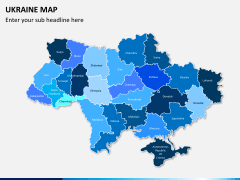 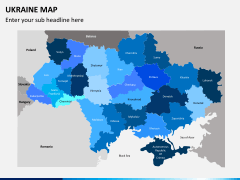 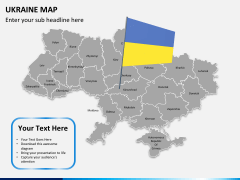 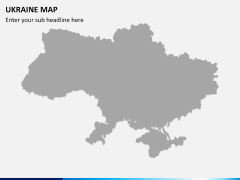 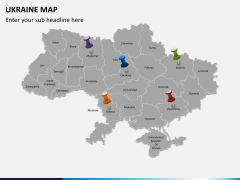 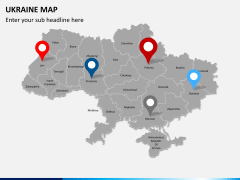 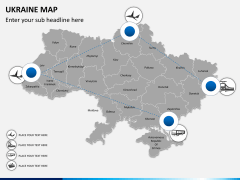 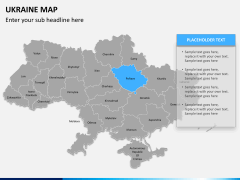 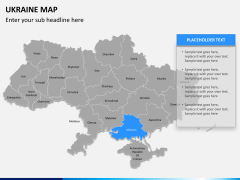 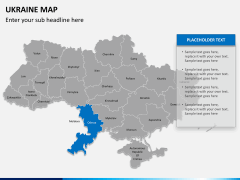 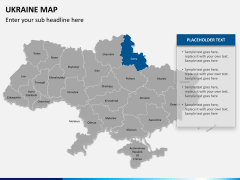 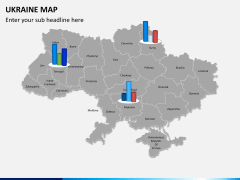 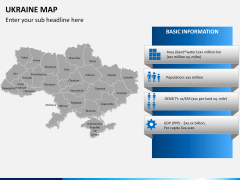 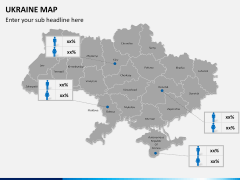 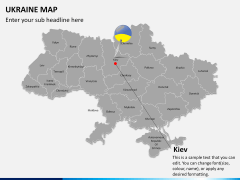 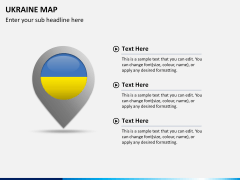 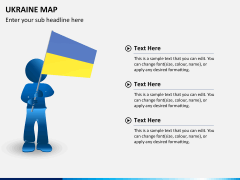 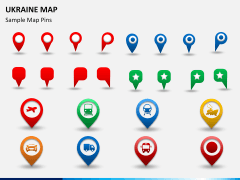 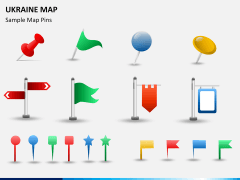 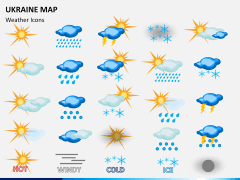 Successful business presentation requires special handling of data, clever communication skills, and smart visualization. While the first two points on the list depends on the presenter's skilfulness, the last one has everything to do with the visual aids. For most cases, simple illustrations are enough; however for the need of including special geographical details, maps alone work the best. Any visuals that require digital cartography will no doubt be difficult. Hence, a handier option is more desirable. Thus, to help you have your own easy-to-use option, we bring an entire set of pre-designed PowerPoint Ukraine Map Template.

With this set of professionally created vector maps, you are saved from time-consuming job of slide creation. On the other hand, a rare combination of aesthetic elegance and technical advancement underlying the set gives a special creative advantage. The set not only proves ideal for business purposes and the likes but also turn up as remarkable solution for other different usages. Regardless of a theme or subject, industry or vertical; the set works as optimal adage wherever Ukraine is to be talked about.

Ukraine is an Eastern European country bordering with Russia on the east and northeast, Belarus on the northwest, Poland, Slovakia, and Hungary on the west, and finally Romania and Moldovia on the Southwest. On its South and Southeast, it has Black Sea and Sea of Azov. It is spread over an area of 603,628 km2 which makes it the largest country in Europe. It follows a unitary semi-presidential constitutional republic form of government that is separated in terms of power by three specific branches, namely: legislative, executive, and judicial.

It was basically a part of the former Soviet Union and got separated from it on 16th July 1990, thereafter, it declared the State Sovereignty of Ukraine. It is known to have second-largest military in the European continent after Russia. It has a most diversified economic structure with major branches at excellently developed place; this includes its manufacturing sector and aerospace and industrial equipment sector. However, tourism still continues being at a nascent state.