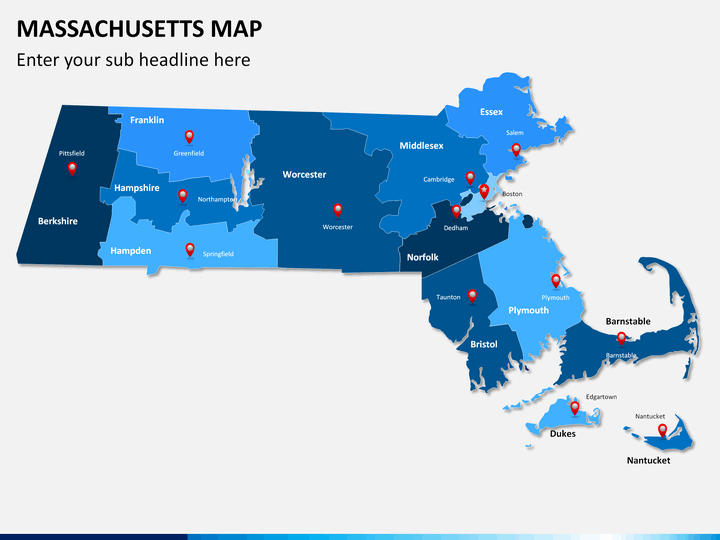 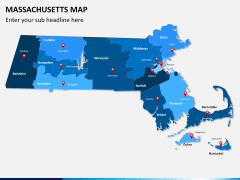 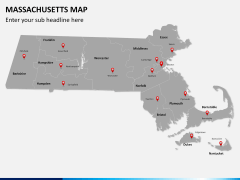 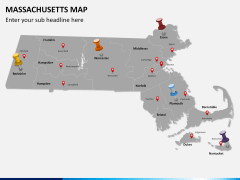 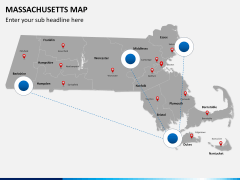 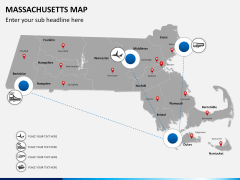 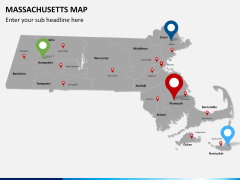 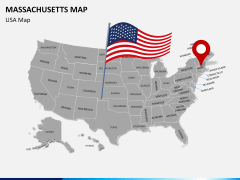 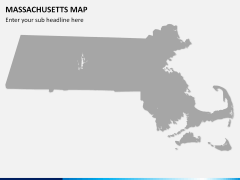 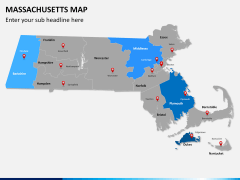 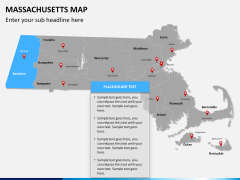 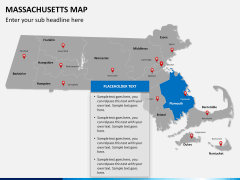 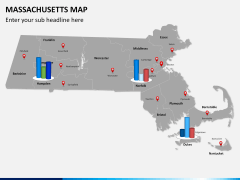 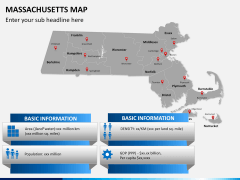 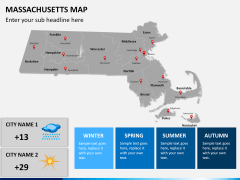 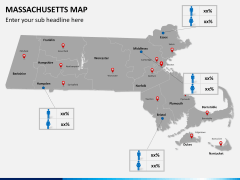 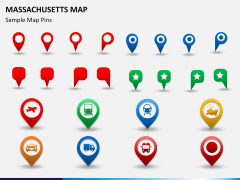 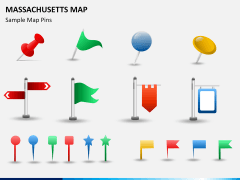 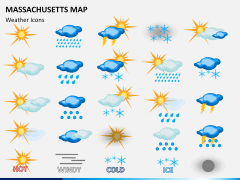 Also known as the Commonwealth of Massachusetts, it is the most populous state in New England. Bordered by states like New York, Vermont, and Connecticut, it also has a prominent coastline of the Atlantic Ocean in the east. Some of its major cities are Boston, Worcester, Springfield, and Lowell. In totality, there are 56 cities and almost 300 towns in the state. Though, more than 80% of its population lives in the capital city of Boston and its adjacent metropolitan areas. With a population of over 6.8 million, it has a GDP of over 500 billion USD. Massachusetts has played a vital role in the American Civil War and is known for its cultural and historical significance as well.

Today, this state is known for its advancement in engineering, biotechnology, education, finance, and other service-based sectors. If your firm is also associated with this eastern US state, then this would be an ideal set for you. Simply take the assistance of this readily available Massachusetts map PowerPoint Template and draft a highly informative presentation. Students, counselors, and educators can also use this set to meet their everyday needs.

You can readily use these maps to depict any kind of information regarding the state. It doesn't matter if you like to depict the climatic change in the region, its demographic information, political data, or any other kind of content - these maps will certainly come handy to you on different occasions. Our experts have drafted these high definition illustrations depicting all the major regions and cities of the state. Besides that, we have also depicted the way the state is connected, its bifurcation, position in the country, and more.

Furthermore, different kinds of vectors, icons, and pins have also been provided in the set. This will let you customize your slides without investing your time. Simply zoom any region to provide added focus on it and use these maps as per your needs to draft your next slideshow. Since the set is entirely editable, you won't face any problem while customizing it as well. You can simply alter its overall layout and draft a winning presentation right away.