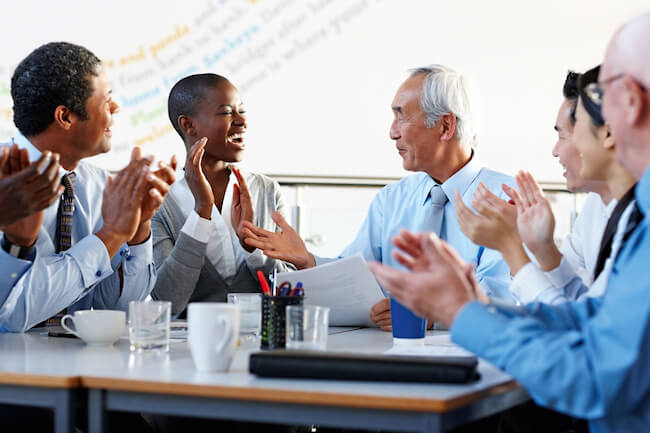 Politics have been debated since human beings formed speech. Whether at the Grecian Assembly or the Roman Forum or the salons of France and Colonial America, societies have always found value in being able to civilly discuss the political issues of the day.

But no matter the place or time in history, one thing has always remained a constant: the importance of being able to control yourself and hold your own in a debate. This is a skill that is vital to learn whether you want to go into politics or not. And even some of the greatest political figures had to learn this skill.

For instance, as a young state assemblyman in New York, Teddy Roosevelt often lost his temper and would call his opponents not-so-nice names. What happened? He became a laughing stock because of his public outbursts. He, like other speakers, had to learn how to control himself so he could hold his own during a debate. Only then did he find real success in politics. And you know how his story turned out.

Don’t be like Teddy Roosevelt. Find out early how you can become a great political debater so you can advance your career. Here are some tips to get you started.

A debate is, in essence, a public speech. You may have to think on your feet a bit more, but that doesn’t mean you can’t prepare ahead of time.

You must research to determine what kinds of questions may be asked to you. You can do this in a couple of different ways:

Decide on Your Core Messages

Beyond preparing to discuss the important issues facing your local community, you will need to thoughtfully decide what points you yourself want to stress during the debate. Of course, these points should align with your overall campaign message and strategy.

During the course of the debate, you will want to tie each one of your answers to one of these points. If you do this, the audience will have absolutely gotten your message, no matter what your opponent said or what questions the moderator asked.

Consider holding one or two mock debates before the event so you can get comfortable with answering questions on the fly.

Be sure to never use inflammatory language, you will not come across as composed, mature, or a leader. If you feel your emotions rising, pause, take a breath and a sip of water if you have to, and begin your rebuttal in a calm and well-reasoned manner.

Too many politicians or talking heads on TV are far more interested in winning an argument than being right. But this is NOT how problems get solved.

Try your best to enter the debate with an open mind about your opponent, not ready for a fight. Try to see their side. No, it won’t be easy. When you’re passionate about a position or an issue, it’s hard to believe there could possibly be another, and just as valid, point of view on the subject. Try to be curious and open.

You want to come across as a leader who is genuinely looking to find answers and solve problems. Beyond being open-minded, try to find common ground with your opponent. You will come across far better than someone whose goal seems to be simply antagonizing and belittling.

You want to make sure you feel comfortable up on that stage, so arrive early, do a sound check, walk around, and get your bearings. Will you have to stand at a podium the entire time or will you be fitted with a wireless mic and able to move about the stage? The more comfortable you are with your surroundings, the better you’ll perform.

Taking part in a political debate can be a nerve-wracking experience. But if you follow these 7 rules, you will be prepared, able to answer questions while highlighting your core message, and come across looking like someone who is ready to lead.

The Power of Talk: 4 Surefire Ways to Get Heard

Ashish AroraJanuary 21, 2022January 21, 2022
Let’s do a reality check! Go down memory lane and let us know what you remember the most - the...
Presentation Tips

10 Presentation Aids to Use to Make Your Speech Stand Out

Ashish AroraJanuary 5, 2022January 5, 2022
Do you remember every single piece of information about some topics that you were taught by your teacher during geography...
Presentation Tips

5 Good Reasons to Incorporate Videos in Your Upcoming Presentations

Ashish AroraDecember 16, 2021
Let’s go back to the school/college days and recall the worst and best lectures you have had! How much did...