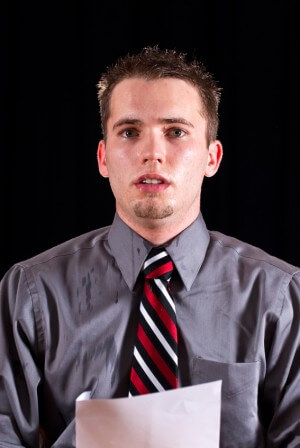 While some people may be able to get through life without ever having to stand in front of people and give a speech, career-minded people who seek to advance do not have that luxury. In fact, allowing your fear of public speaking to control your actions (or non-actions) can damage your career and make it next to impossible to be promoted. Speaking has become a necessary skill in today’s workforce, and the higher you go in an organization, the more presentations you are expected to give.

The good news is, there are some tips that will help you become a better speaker, and by doing so, will make you feel calmer and more confident.

Be Gentle with Yourself

The only thing worse than having stage fright is to chastise yourself for being scared. It’s natural to feel anxious before giving a presentation. Even the biggest presenters and Hollywood actors get nervous before speaking publicly. Don’t be critical of yourself, just accept that nerves are a normal part of public speaking and be gentle with yourself.

Many speakers are nervous because they think the audience is expecting them to BE something specific. The audience is simply expecting you to be knowledgeable and passionate about your topic. All you have to do is be yourself and share that knowledge and passion in a very authentic way.

Don’t Focus on Being Perfect

And speaking of expectations, no one (besides you) is expecting you to be perfect. No one else will know if you switch around a couple of main points accidentally. No one else will realize the pause you took was to remember what you were just saying.

Attempting perfection is a futile goal. Once you stop obsessing over whether or not you’ll make any mistakes, most of your nerves will go away.

At the end of the day, the audience in front of you is not there to learn a bunch of facts and figures, they’re there to be inspired. So, don’t be afraid to motivate and inspire people. That’s what they’ll remember most.

Most speakers are nervous when they are not prepared. It’s important you spend time developing your speech and then rehearsing it OUT LOUD. It’s not enough to ‘sort of go over it’ in your head a few times. When you know exactly what you are going to say, you feel more confident and, ironically, can speak more naturally as if you haven’t rehearsed many, many times.

Now, to be clear, I do not mean you have to write a 20-minute presentation and then memorize it word for word. It is actually better to outline your speech into detailed bullet points and rehearse the ideas and concepts, making sure one flows to the next. So, don’t stress yourself trying to memorize a script like an actor, just memorize the general thoughts that you want to convey.

As we mentioned, much of the fear a person experiences before and during a presentation comes from lack of preparation and the belief the audience is seeking perfection. The other fear comes from the self-sabotaging thoughts most presenters have. You know, the ones that say, “They’re going to hate me,” or “I’m going to totally bomb.”

It won’t be easy, but the thing to do is train your mind to think more positive thoughts. As soon as a negative thought pops into your mind, replace it with a positive one that says something like, “I’m going to be great,” or “The audience is on my side.” Do this repeatedly and you will form new thought patterns that are self-empowering.

Get the Audience Involved

One way to get some of the heat off of yourself is to direct the spotlight back at your audience. Try and find ways to make your speech interactive. It might be as simple as asking your listeners a question or two. The more your speech becomes a conversation, the more engaged the audience will be and the more relaxed you’ll feel.

A fear of public speaking is common and nothing to be ashamed of. Having said that, allowing it to rule your life is a bad idea, particularly if you want to climb the ladder within your organization. If you follow these tips, you’ll be able to overcome your fear and be a confident and engaging presenter.