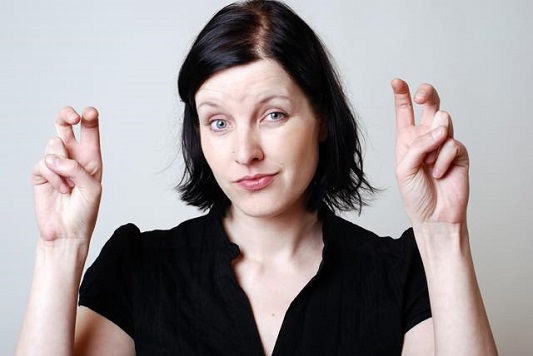 Quoting the eloquent remark of a famous person who supports a point you are making in your presentation is a wonderful way to enhance your credibility and reinforce your message.

But when and how should you weave quotations into your presentation?

Here are six rules to help you use quotations effectively.

Rule One: Don’t open or close your speech with a quotation from someone else.

If you borrow someone else’s words to open your presentation, it sends a subtle signal that you aren’t confident your own words are strong enough to hook your audience from the start. That does nothing to heighten their confidence in you.

If you doubt this, think about the first essays you started to write when you were in middle school. They all started with quotations.

Now you are a professional and you need to find the words to hook your audience directly. This is not a task to be passed to somebody else, whether or not they are famous and more eloquent than you believe you will ever be.

In the same vein, don’t end your remarks with a quotation. Let the last words you leave with your audience be yours. Those are the words that should resonate in their heads as they leave.

As an example, consider one of the most famous speeches ever made by acclaimed orator Martin Luther King Jr.

In the middle of it, he quoted these very moving lines from Samuel Francis Smith’s America:

“My country ‘tis of thee, sweet land of liberty, of thee I sing.

Land where my fathers died, land of the Pilgrim’s pride,

From every mountainside, let freedom ring!”

It was a beautiful passage and it supported the point King was making. But it is not, nor should it have been, the lines that rang through everyone’s head after they heard the full speech.

This was King’s famous “I had a dream” speech, and it was those words that lingered in people’s minds as they parted company with him.

King knew the art of skillfully tucking great quotations into the middle of his addresses but ensuring that the lines people remembered were his own.

If you are using a quote from a famous person to support your point of view, make sure that the quotation you use is not taken out of context. You are likely to get called on it if there is a question and answer period afterwards, and it will destroy the credibility of the rest of your remarks.

For example, a reporter who recently quoted Republican presidential front-runner Donald Trump as being “strongly in favor of abortion rights,” was challenged by Trump to “Read the full statement.” The full statement, which Trump made in 1999 on Meet the Press, had Trump saying he hated the concept of abortion despite his belief that the government shouldn’t ban it.

The reporter’s story was weakened as a result.

It is good practice to check each quotation against the original source where it appeared, reading the paragraph before it and after it to ensure that the one line you want to quote is a fair representation of the person’s point.

Many people putting together a presentation who decide to include a quotation quickly connect to one of the many online quotation sites, search for their topic keyword, and make a fast selection from the first one or two quotations that appear on their screen.

If you want to be more impressive as a presenter, and appear more widely read and informed, don’t do what everyone else does. Look deeper for more profound quotes that are still from well-known people, but that reflect a message not heard as often.

For example, if you want to discuss the inevitability of routine in life and encourage your audience to make the best of it, you could settle for any of the dozens of quotes on the passing of time and being cheerful as we go about the tediousness of life.

Or you could quote Gary Zukav, who wrote:

“We cannot stop the winter or the summer from coming. We cannot stop the spring or the fall or make them other than they are. They are gifts from the Universe that we cannot refuse. But we can choose what we will contribute to life when each arrives.”

In those few words, he tells us about the inevitable routine of the natural world, but reminds us how we can still influence our response to it.

Rule Four: Quote famous people whom your audience will recognize. But if the quote is perfect and the person is not so well-known, at least take the time to describe who they are.

For example, suppose you want to make the point that to achieve more fullness in life we must stop considering bargaining our way through life. To establish how we see the world now, you could quote the well-known American writer Henry Browne who said “Everything you want in life has a price connected to it.”

People know him, they know the quote, and you might think you had enhanced your presentation.

But consider the difference if you introduced your idea in a different context to your audience by quoting Mexican artist Frida Kahlo who explained it this way:

In one observation, you can suddenly change your audience’s perception of a price to pay to the gentle concept of natural compensation, a different lens in which to see our world.

Rule Five: Use your quotations to add drama to your presentation.

If you don’t think your quotation will bring people upright in their chairs and make them want to write it down, don’t use it.

Quotations are most effective when they add drama to your presentation. Give your audience what it is not expecting to hear. When you have a quotation that you know will deliver that drama, pause before you say it, and pause again after you finish it to give it time to sink in.

The most dramatic quotations reinforce your point, but they do it by adding an element of shock.

For example, which would be more effective to say to your audience?

The second quotation brings the issue right into the lap of the listener. Now global competitiveness has become something personal they can identify with. That wakes up your audience.

Great quotations challenge our perceptions. If you are talking about how to spend leisure time, for example, consider throwing in Godin’s quotation:

“Instead of wondering where your next vacation is, maybe you should set up a life that you don’t need to escape from.”

Rule Six: Check your quotation source to ensure it is accurate.

While online quotation search engines are ready to serve you at the stroke of a keyboard, they are not always reliable. You can see this sometimes by noticing a great quotation listed in two different places, each time attributed to a different person. That is not to dismiss these sites, for they are very useful in a time crunch to get you thinking, but always double-check the quote from its original source.

If you are doing a lot of presentations, invest in good anthologies from reputable collectors and look for great quotes from blogs written by the people you want to quote.

Here are some of the best places on the web to find quotes for your presentations:

4 Surefire Ways to Deliver a Winning Presentation Under Pressure

Ashish AroraJuly 15, 2022July 15, 2022
You might have felt sweaty palms, a pounding heart, and twitching muscles when you were first called upon to speak...
Presentation Tips

12 Webinar Practices to Stand Out

Ashish AroraJuly 5, 2022July 5, 2022
Have you ever sat through a webinar and pondered how wonderful it would be if you could host one as...
Presentation Tips

9 Reasons Why Presentations Must Be a Part of School Curriculum

Ashish AroraJune 28, 2022June 28, 2022
Have you ever wondered why some people are always on the stage, conducting sessions, anchoring events, and confronting large gatherings,...
Presentation Tips

8 Effective Types of Presentation Style to Keep the Audience Hooked

Ashish AroraMay 23, 2022May 23, 2022
Let’s indulge in reminiscence of school days and recall the subject delivery style of the same teacher during history and...