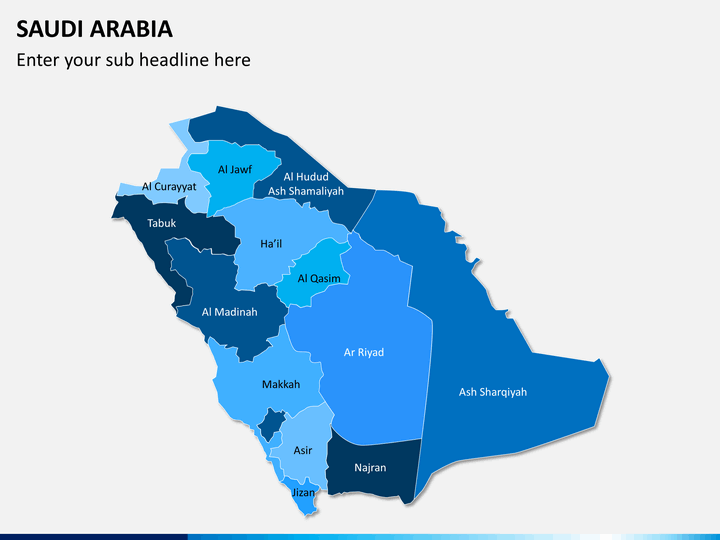 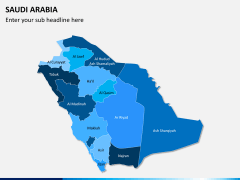 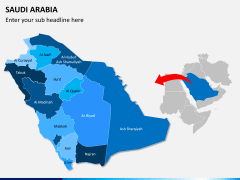 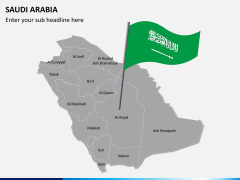 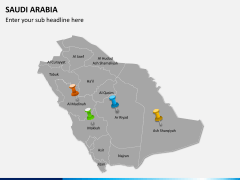 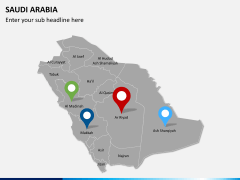 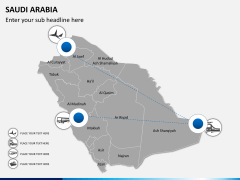 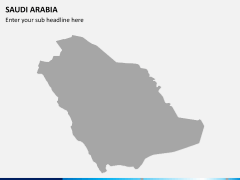 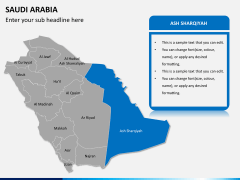 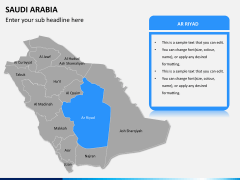 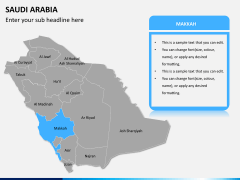 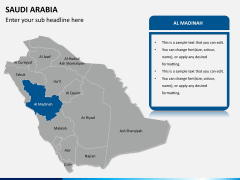 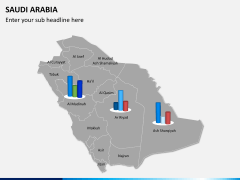 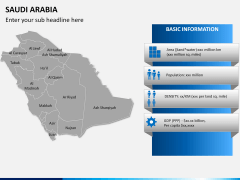 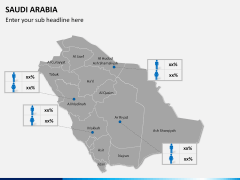 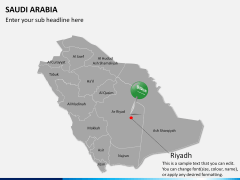 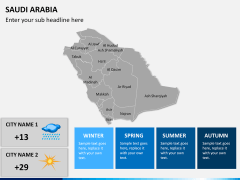 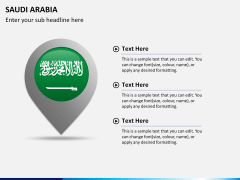 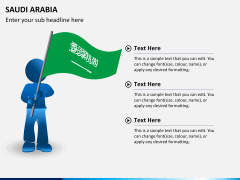 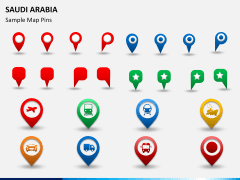 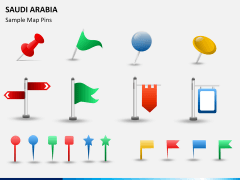 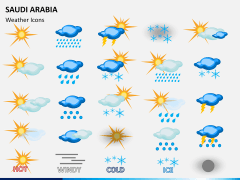 When it gets important for your message to include longitudinal and latitudinal descriptions and deeper handling of geographical facts, a proper map is a must. This simple reason makes it vital for several business presentations to have maps included within them. But creating them separately before every next presentation isn't a practical idea. This is why one often craves for ready-to-use uniquely made substitutes. Our pre-designed PowerPoint Saudi Arabia Map Template set does exactly this! It saves you a lot of time because you just don't have to do a thing from the scratch.

Whether you have to introduce the maps for academic reasons or for business communication purposes, the set will prove optimum. You can also play around colors and add different colors in different parts of the map for making distinction. From famous tourist places to politically important boundaries, you can display anything that suits your purpose. So, work on your message and do a bit of touch up on the slides and there you'll be ready to mesmerize all!

Saudi Arabia, officially the Kingdom of Saudi Arabia is largest Arab state by land in Western Asia covering an area of 2,150,000 km2 approximately and the second largest Arab world. It shares its borders with Jordan and Iraq on the north, Kuwait on northeast, Qatar, Bahrain, and the UAE on the east, Oman on its southeast, and finally with Yemen on the south. It is the only country that has a coast both on Red Sea and Persian Gulf. Most of its terrain is desert in nature. It is the largest oil producer and exporter of the world and also the second largest controller of the hydrocarbon reserves in the world. As it has rich energy reserves, it has high income economy and also the only nation from the Arab world to be a part of the G-20 economies. It has high Human Development Index and is an active member of various important international organizations such as Gulf Cooperation Council, Organization of Islamic Cooperation and OPEC. Housing the Islamic heritage sites, it earns quite a handsome amount from the tourists visiting these sites and annual pilgrimage to Mecca and Medina.