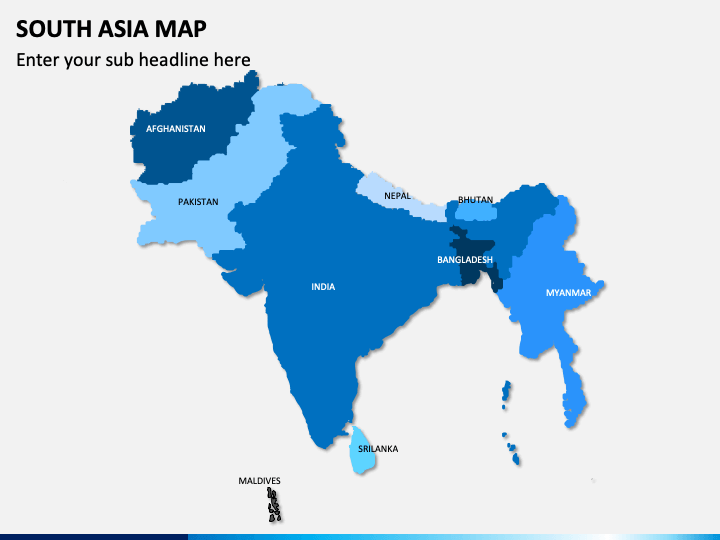 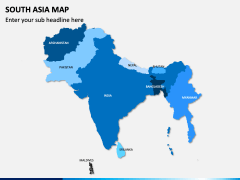 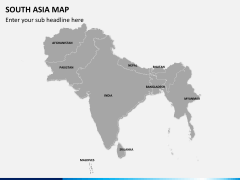 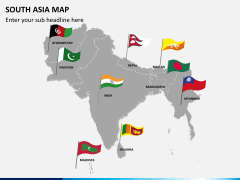 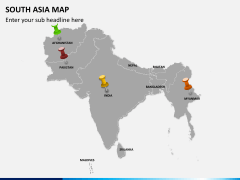 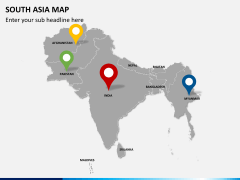 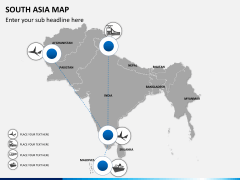 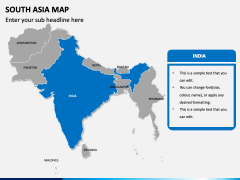 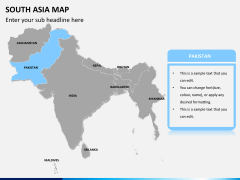 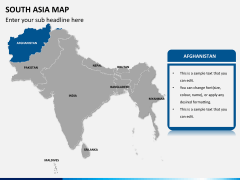 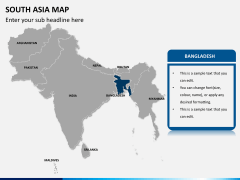 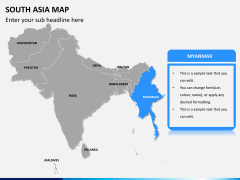 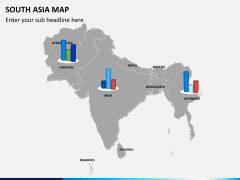 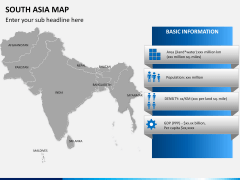 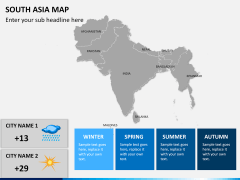 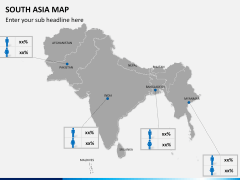 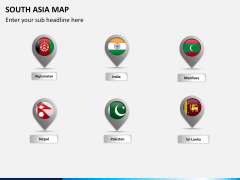 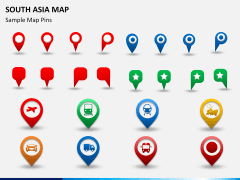 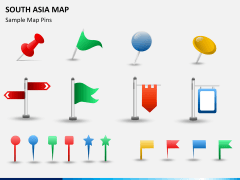 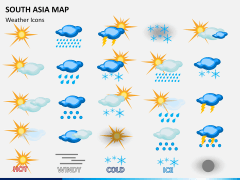 When your presentation requires topographical depictions, maps are a must for your purpose. You will look for successful digital cartography but that isn't a child's game. And when you need to be more precise and astonishingly thrilling for the audience, going for a ready-to-use substitute works the best.

This is why we bring to you an entire set of pre-made PowerPoint South Asia Map Template that will fit well with all your presentations based on topics related to South Asia. Elegantly carved out with professional precision, each of the maps on the set inspires aesthetics. Regardless of your theme or subject matter, it proves instantly attention grabbing material for explaining your message.

You may aim at talking about all the countries within the area or bring out a particular country placing it under the spotlight. Do whatever pleases you as you'll have complete freedom to play around the designing elements. While you work on your aim of illustrating your message most authoritatively, the set will place the same set of information in intelligently catchier manner.

South Asia is a term used for the countries in the southern region of Asia. These include Bangladesh, India, Sri Lanka, and Pakistan as the main countries of the region along with some of the other places included in general sense which are Nepal, Bhutan, Afghanistan and Maldives. Basically, this term is used in place of ‘Indian Subcontinent' that includes all the sub-Himalayan countries as well as the countries and the territories adjoining them on their east and west. In many versions, the British Indian Ocean Territory, Maldives, Iran and the Tibet Autonomous Region are included while in some version, some of the areas are left out. However, 7 core nations are never left out and they are the actual regions that led to the conception of this term. Notably, in 1985, a special economic cooperation organization under the name of South Asian Association for Regional Cooperation was also started in the region.