Save your time and efforts with this entirely editable Seoul Map PowerPoint template. The set features all kinds of high-quality vector-based maps of Seoul. 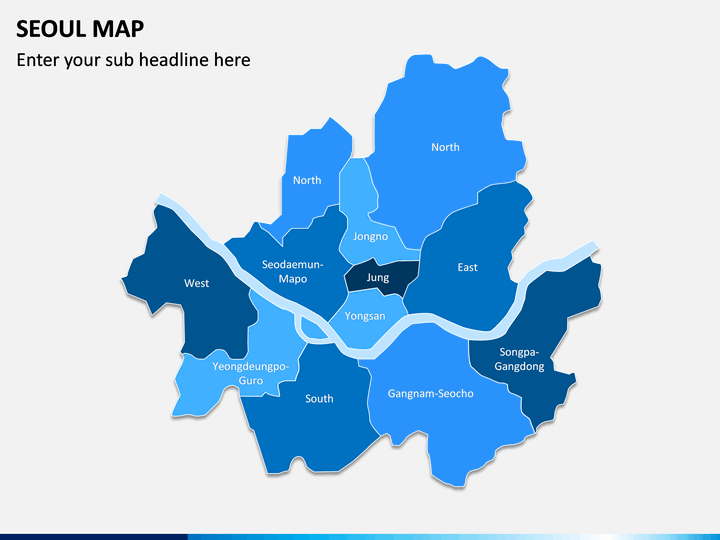 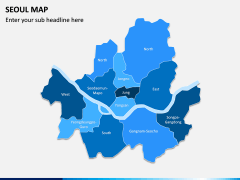 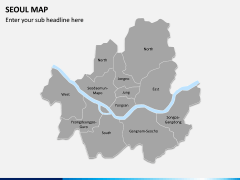 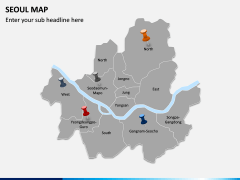 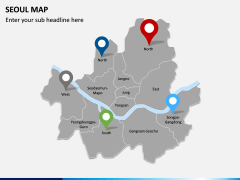 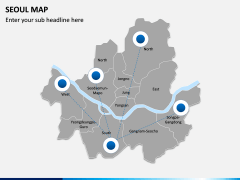 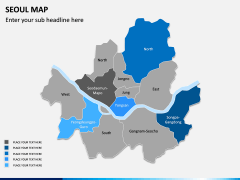 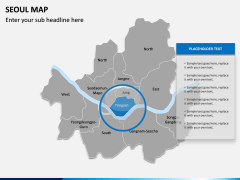 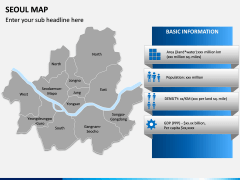 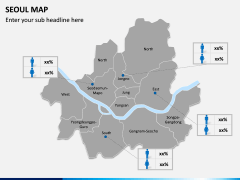 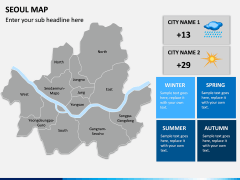 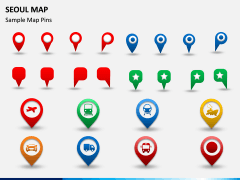 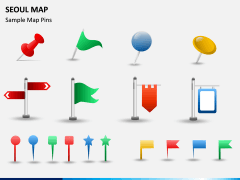 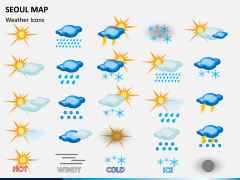 Comprehensive Maps for All

This South Korean city is the hub of various IT, tech, and manufacturing firms that are linked to the world over. If you also have a client connected to Seoul or you wish to draft a pitch, then make sure that you are all set. To help you come up with engaging slideshows in less time, we have drafted this Seoul Map PowerPoint template. There are all sorts of maps related to the city that you can use. While some maps can be used as they are, you can edit the other slides by providing your own content. Since the set is pretty diverse, it will fulfill every need of yours with minimum efforts.

We have a team of experienced designers who have drafted these Seoul Map PPT slides after a lot of effort. This is to make sure that all the listed information in the set is correct. For instance, the set includes the political maps of the city, with correct representations of all the regions. There are also maps to depict the connectivity of the city, its weather, the demographic information, and so much more.

Let’s say you have well-researched information about the gender ratio in the city. In this case, you can clip out a pre-designed map from the set, enter your own details, and add it to your presentation. Not used to Microsoft PowerPoint? Don’t worry – as these vectors are also compatible with Apple Keynote and Google Slides. These vectors can be used by educators alike as they would help you inform your audience the stated information in a visually appealing way.

Considered as one of the most livable and wealthiest cities in the world, this city is the official capital of South Korea. Together with the neighboring cities like Incheon and Gyeonggi, it forms the Seoul Capital Region. It hosts numerous UNESCO World heritage sites and headquarters 15 Fortune Top 500 companies. While the central city has over 9 million residents, it hosts over 10 million visitors annually. It was established in 4000 BCE and is one of the oldest living cities. With a GDP of over $329 billion, it hosts a thriving economy and is considered as the heart of Korea.