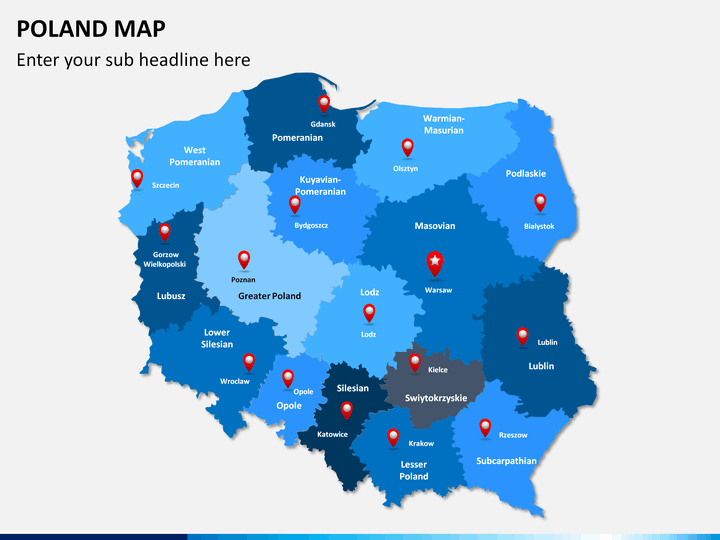 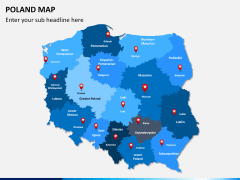 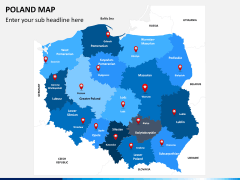 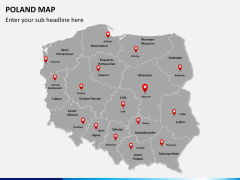 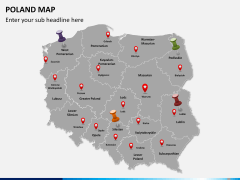 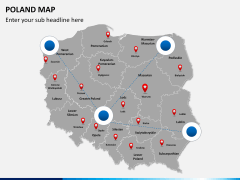 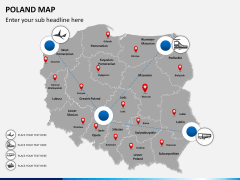 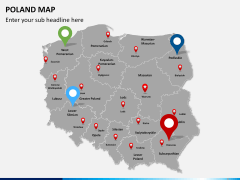 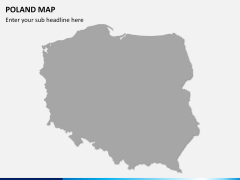 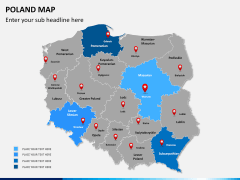 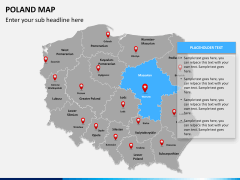 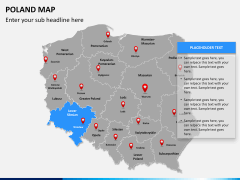 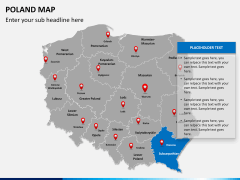 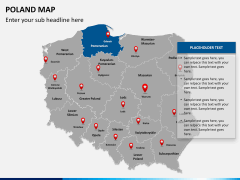 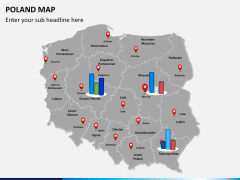 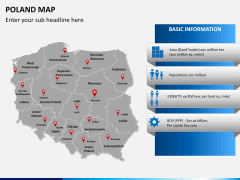 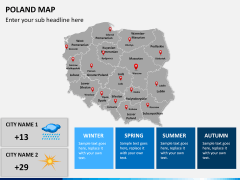 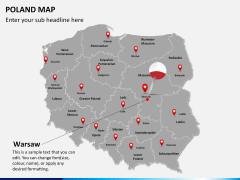 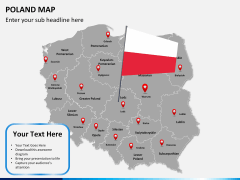 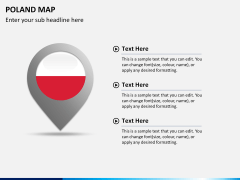 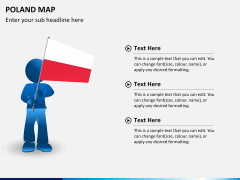 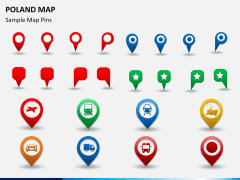 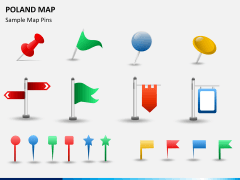 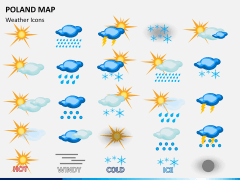 Realistically, with tight schedule and lot to do, it is practically impossible to create the maps on your own, leave aside it being a tough job. Thus, we bring to you pre-made PowerPoint Poland Map Template, absolutely easy to use and handle. Neither there is any need to work on it from the scratch nor do you have to learn any technical skills to use it.

Professionally built with uttermost care of innovative designing, the set is fit for versatile purposes. You can be an educator discussing historical importance of Poland or the natural resources that the country is abundant in or the kind of climate it has. You can also be a researcher offering your observations related to the country. Or may be you are straightforwardly a businessman proper and you're simply providing your clients with your entrepreneurial details. In every case, the maps on the deck will prove fully dependable.

Poland or the Republic of Poland is a Parliamentary Republic country in Central Europe that shares international borders with Ukraine & Belarus on the east, Germany on the west, Czech Republic and Slovakia on the south and Lithuania and Kaliningrad Oblast on the north. With its total area of 312,679 Square Kilometers, it is 71st largest country of the world and the 7 largest of Europe. Its population of 38.5 million people makes it 34th most populated countries of the world and also the sixth most populated country of the European Union. It is one of the early practitioners of Human Rights as most of the elements of human rights were found in Poland way back in 1264.

Among the other post-communist countries, it is one of those that enjoys healthiest of economy. Back in 2000s recession, it was the only economy in Europe that could avoid the ill effects of the sudden economic crisis. Even after the vast destruction caused by the World War II, it preserved much of its cultural heritage. Today, it has 14 heritage sites chosen by UNESCO World Heritage. With its 54 Historical Monuments, it has a rich tourism industry that earns large revenue to the nation.