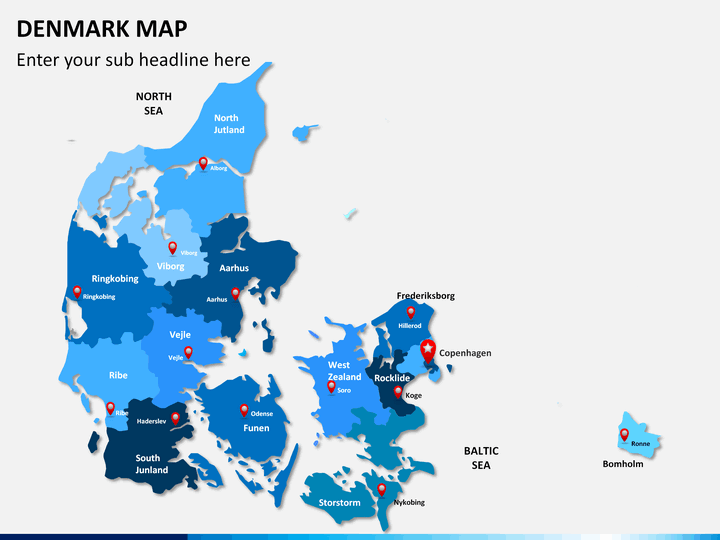 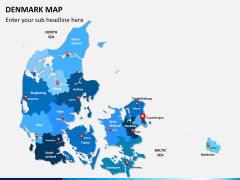 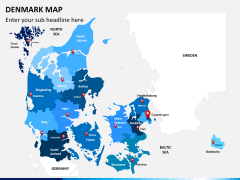 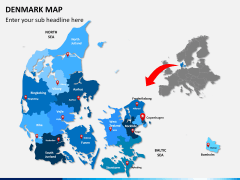 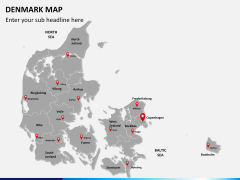 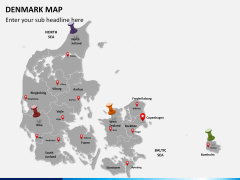 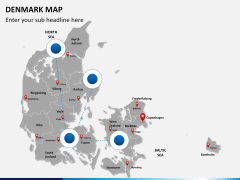 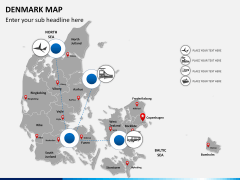 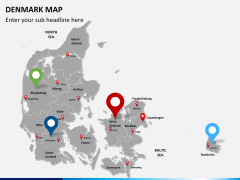 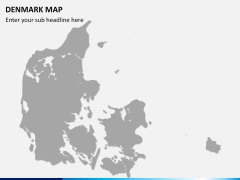 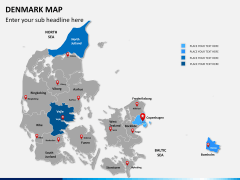 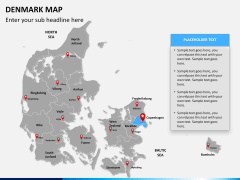 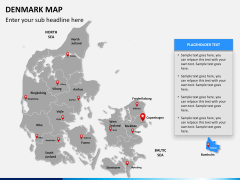 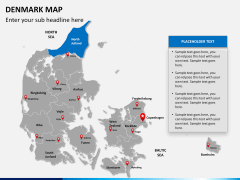 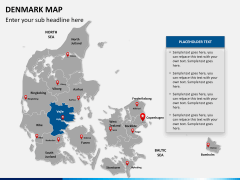 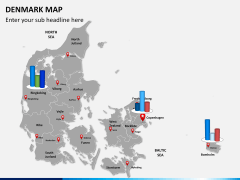 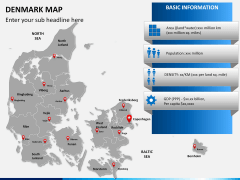 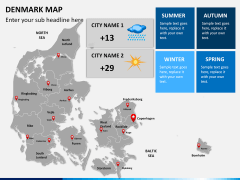 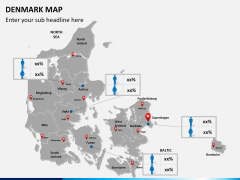 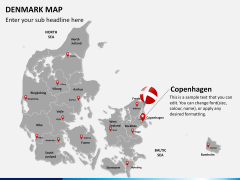 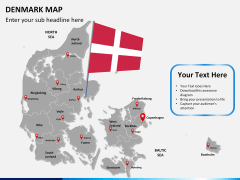 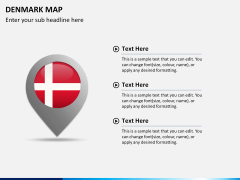 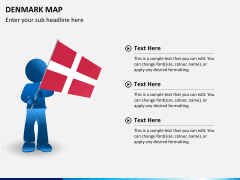 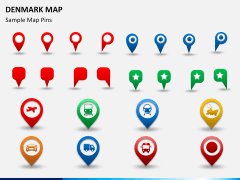 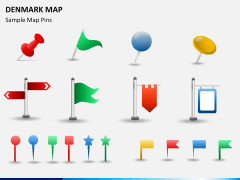 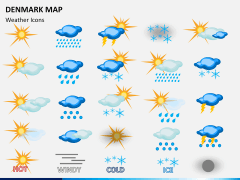 A truly successful presentation is the one that perfectly transforms a set of information into message bundle well established in the memory system of your audiences. In getting such a level of success, appropriate visuals are essential. But when most information is geographic in nature, you need maps for best results. Now, if not more, digital cartography is almost as difficult as digital visualization of ideas and information. This is exactly why; every presenter prefers a ready-to-use substitute both for regular visualization and for maps of particular nations and continents. Understanding this need, we bring to you ready-to-use set of maps. So, use our pre-made PowerPoint Denmark Map Template, whenever you have to communicate any information about the country.

Professionally built with complete care of flexibility and creativity, the set works perfectly well for variety of purposes. You can use it for any theme or subject matter you like, just make sure that you have to say something about Denmark, and the set will do complete justice to your presentation. From displaying academically important information to regular business related information, you can use the set for most versatile reasons.

So, here you pinpoint the travel routes, there you highlight popular tourism places, or just bring a place under spotlight for adding more power to your message! You can play around the design and alter the background, choose different colors for different areas or make the map a potpourri of colors! Just focus on what you have to say and leave the rest on the set and there you'll be mind blowing – an all-time-impressive-presenter!

The Kingdom of Denmark is a sovereign state comprising of Denmark, and two autonomous constituent countries in the North Atlantic Ocean: the Faroe Islands, and Greenland. It is one of the beautiful nations in Northern Europe located on the southwest of Sweden and south of Norway and is bordered by Germany on the south. Denmark proper is spread over an area of 43,094 km2comprising of a population of about 5.65 million people as recorded in October 2014. The country includes Jutland: a peninsula and the Danish archipelago consisting of 443 named islands out of which only 70 are inhabited. It is basically a Scandinavian nation sharing its historic ties and cultural roots with neighboring countries of Sweden and Norway. Thus, Danish, the national language of the country is somewhat mutually intelligible with Swedish and Norwegian.

The nation is modern and prosperous with its developed mixed economy. It ranks 21st in the world's economically developed nations in terms of GDP (PPP) per capita and 10th in terms of nominal GDP per capita. It is a technologically smart country, and has contributed a lot in the field of biotechnology. With its art, and architecture preserved from the past, it is also loved by tourists.