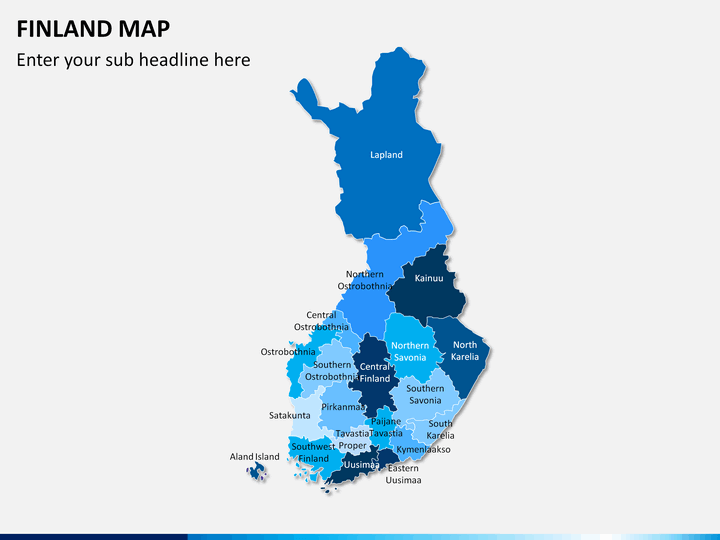 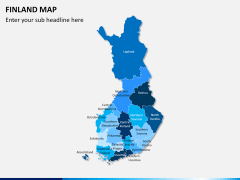 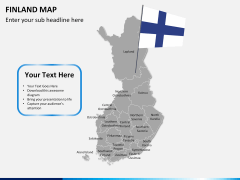 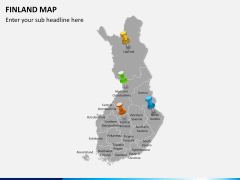 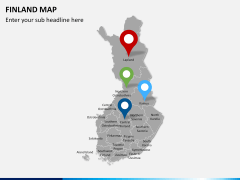 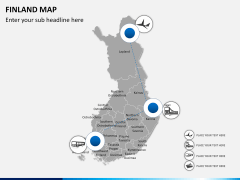 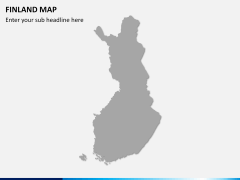 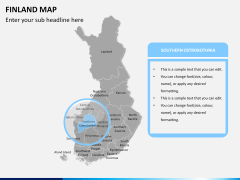 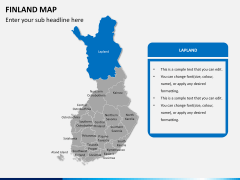 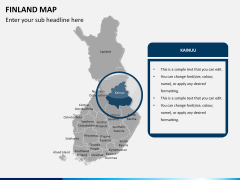 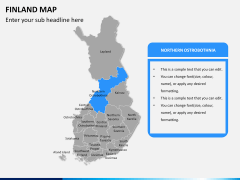 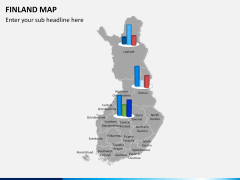 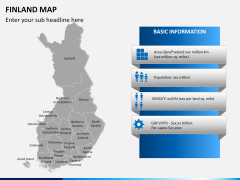 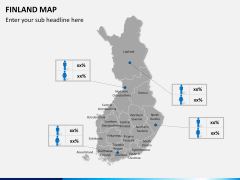 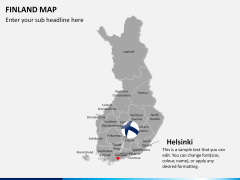 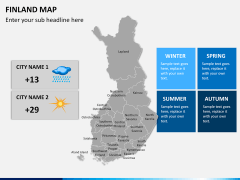 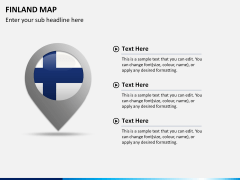 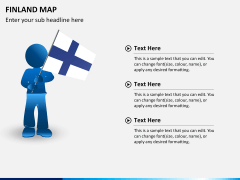 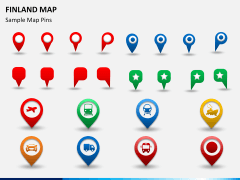 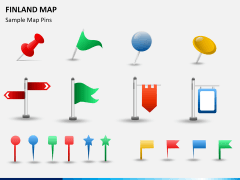 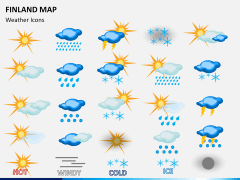 When it comes to adding geographical boundaries, pointing out latitudes and longitudes, you need maps. With busy schedules and tons of things to do, ready-to-use substitute is what every presenter craves for. Thus, to fulfill your craving, we bring to you pre-designed PowerPoint Finland Map Template.

Easy to use and handle, you don't have to do anything from the scratch. Now, whenever and wherever you need to mention something that can be best described through Finland's map, the template will assist you. The set comes loaded with prettiest selection of colors. You also get most exhaustive collection of shapes, icons, and symbols to embellish the slides as per your needs. You get complete freedom to play around the designing elements and edit the slides just the way you want. So, highlight a travel route or pinpoint important cities. Or just mix and match different colors for different parts to specify particular areas. Within no time you'll be ready with most attractive visuals communicating your message most outstandingly.

Finland, officially known as the Republic of Finland is a country in Northern Europe bordered by Sweden on the west, Norway on the north, Russia on the east, and Estonia on its south surrounding the Gulf of Finland. It is the only Nordic country to have joined the Eurozone. It is the eighth largest country of Europe and with its population of 5.5 million it also happens to be the most sparsely populated country of the European Union. It is a parliamentary republic headed by a Prime Minister and a President. It is economically advanced and one of the top performers in various areas including education, civil liberties, human development, quality and standard of living, and economic competitiveness. As about a quarter of its territory is spread over the Arctic Circle, in several parts on the northernmost part of Finland, midnight sun is experienced for 73 consecutive days during the summers and for about 51 consecutive days it does not rise at all during the winters. Being beautiful diverse geographically, it has most wonderful forests and wild life and is much loved by tourists.