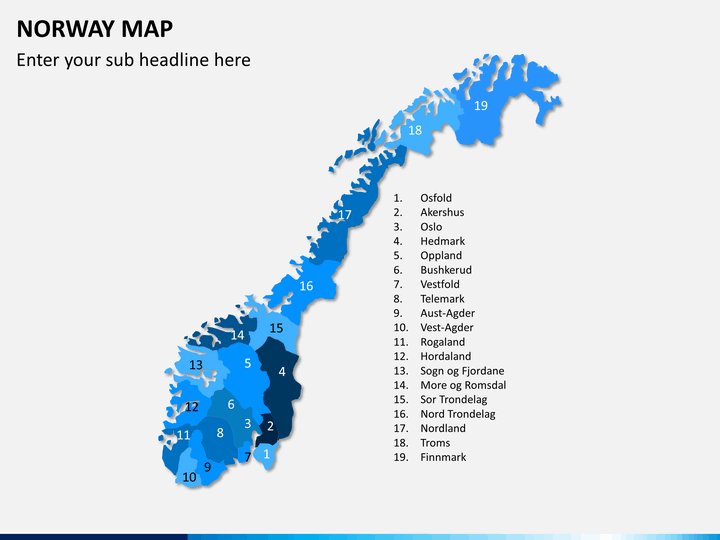 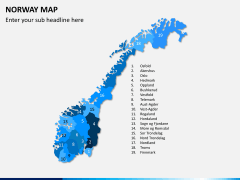 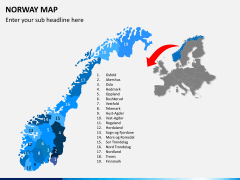 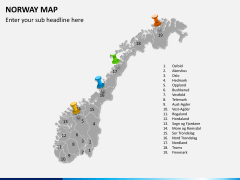 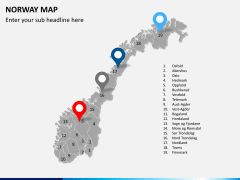 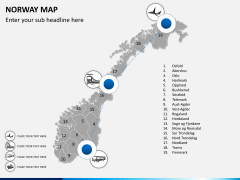 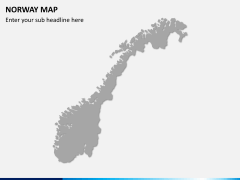 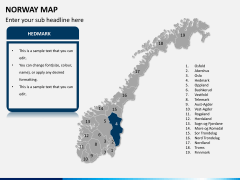 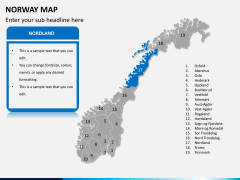 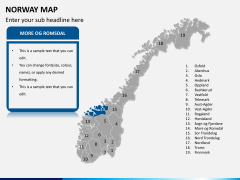 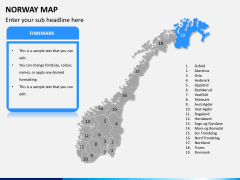 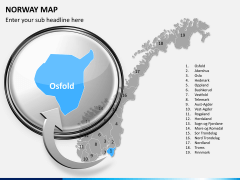 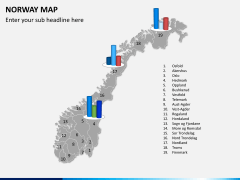 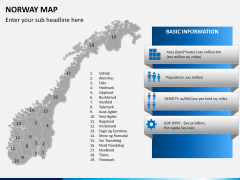 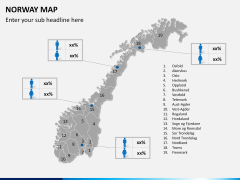 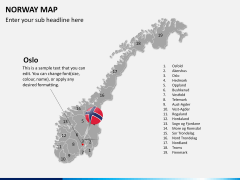 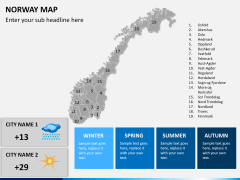 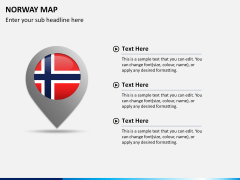 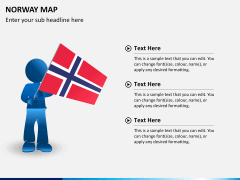 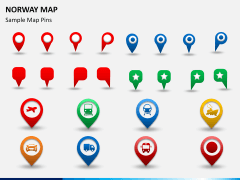 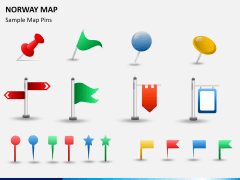 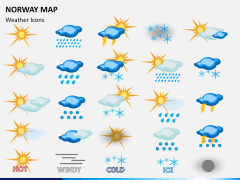 When you are to emphasize on geographical boundaries and specific set of regions, plotting them on map makes all the difference. However, digital cartography is easier said than done. Thus, to ease up your task and make things interesting yet simpler we bring to you a ready-to-use substitute!

Our set of professionally built pre-made PowerPoint Norway Map Template is all you need to describe the country in a perfect visual splendor! A finest combination of smart designing and modern technology, it cuts short the burdensome job of slide creation and helps you present like a pro! The deck offers all possible options - individual regions, major cities, and the entire country plotted on the slides. Along with these most innovatively created slides you get an extensive collection of colors, icons, and shapes.

Norway, officially known as Kingdom of Norway is a unitary monarchy and a sovereign with both administrative and political subdivisions that has two specific levels – counties known as Fylkey and municipalities known as Kommune. Its territories spread across western portions of Scandinavian Peninsula, Jan Mayen, and Svalbard: the Arctic Archipelago. It covers a total area of 385,252 square kilometers and has a population of 5,109,059.

Though mostly dominated by mountainous or high terrain regions, it also offers geographical diversity with deep grooves, frozen lands, numerous glaciers and even lowlands bordered by seas. This adds varied topography to the country. With its pre-historic associations, it has much to offer to the tourists and researchers. It has given much to the fields of science, research and mathematics with several well-known scientists and mathematicians being Norwegian. A beautiful place to visit, it is one of the major tourist attractions among other European countries. With its tradition of building houses and buildings in wood, Norwegian architecture attracts visitors a lot. Its Urnes Stave Church is listed as a World Heritage Site by UNESCO.