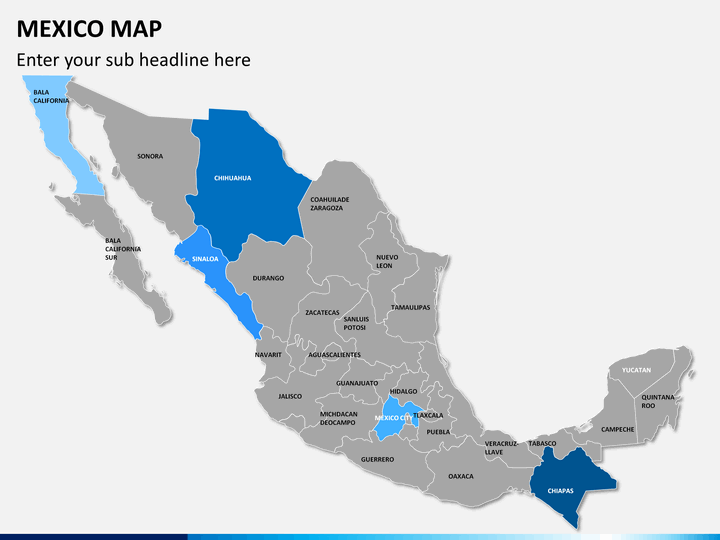 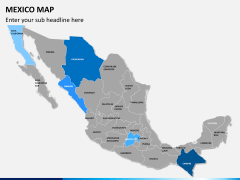 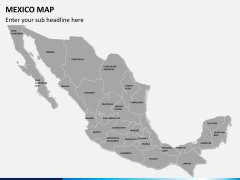 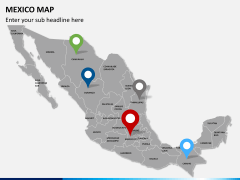 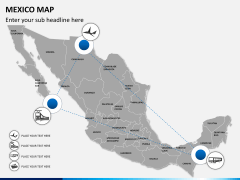 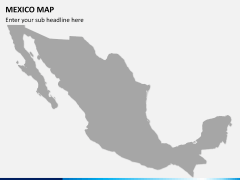 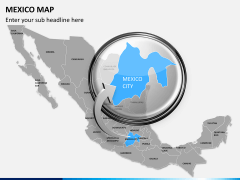 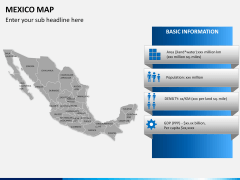 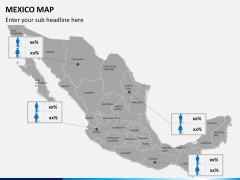 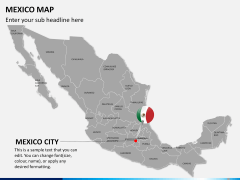 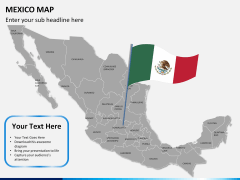 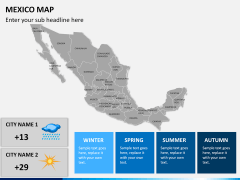 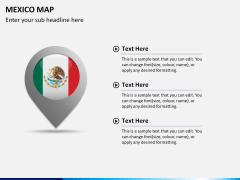 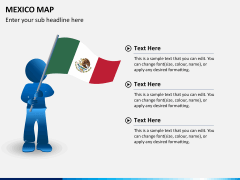 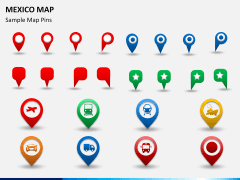 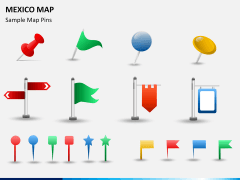 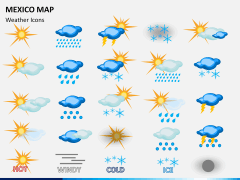 Include our pre-designed PowerPoint Mexico Map Template in your visuals and make your presentation a success. Creating slides is a tough job and when it comes to create maps with all the intricate details added, the task turns out to be the toughest. But when you have an entire set of completely editable slides, not only your labor is saved, you also get most convincing result! You communicate with ease and more effectiveness.

This set of Maps covers all the major cities and areas of Mexico. Whether you want to describe the political and physical features of the country or focus on popular travel destinations, the template will fulfill your purpose. Created after much research and experimentation, it has most versatile features. Best for all kinds of presentation needs, you can be just anyone using them in your visuals. So, you can be a student describing geographical facts for a holiday project. You can be an industrialist illustrating major expansion plans across the country in a business meeting. Or you can be a team leader explaining important factors to your team. Regardless of your aim, the template will fit well with the message you want to communicate.

Mexico is located in southern part of North America over a total land-area of 761, 60 square miles. The United States lies on its northern borders and Guatemala and Belize occupy its southern border. It is located on the Tropic of Cancer with Pacific Ocean on its west and Gulf of Mexico & Caribbean Sea on its east, thus, it gets both temperate and tropical climates. With plains, plateaus, mountains, and deserts, it features diverse landforms.

It is indeed a beautiful country with rich and colorful cultural tradition and enjoys ethnic diversity. It is one of the most popular vacation destinations of the world with millions of tourists hitting the land every year. In fact, it won't be wrong to name it as tourism mecca. Even after a surge of ravaging events, revolts, economic crashes and turbulent political scenario, it has well survived and made a unique place on the global arena.