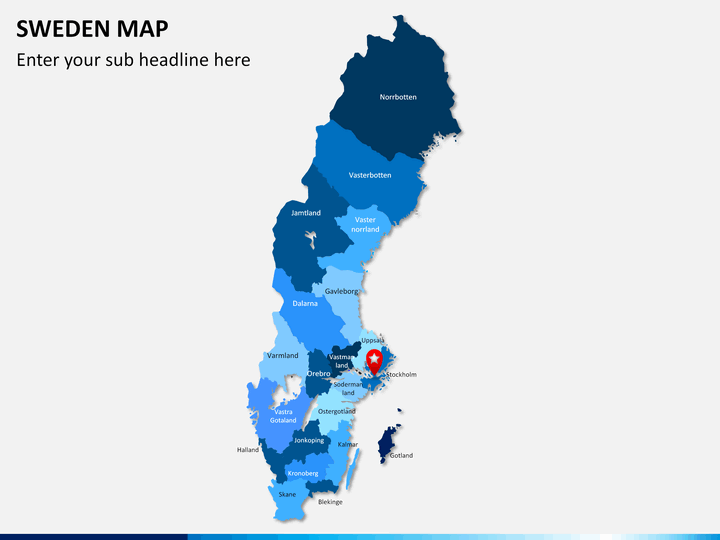 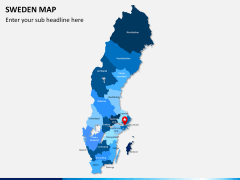 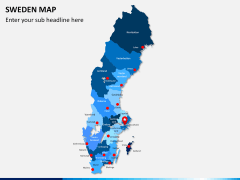 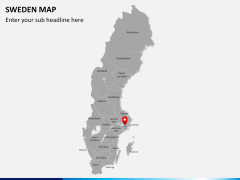 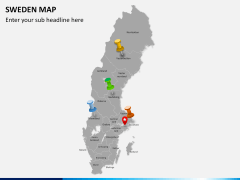 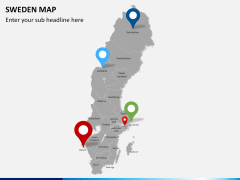 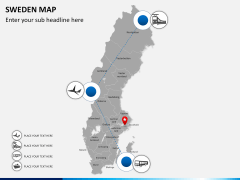 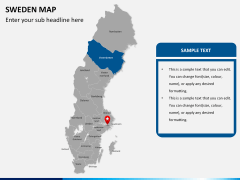 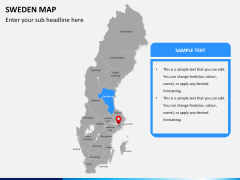 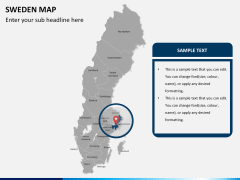 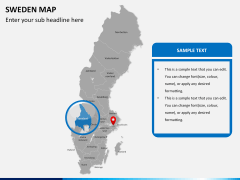 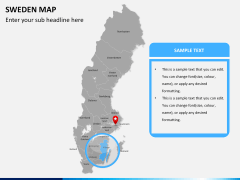 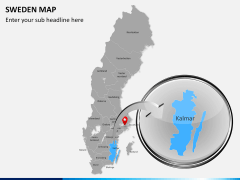 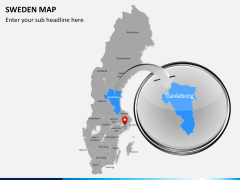 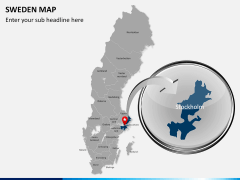 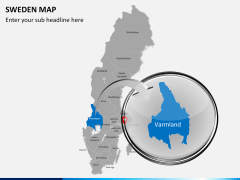 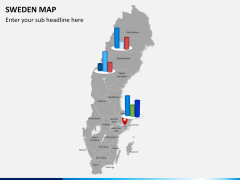 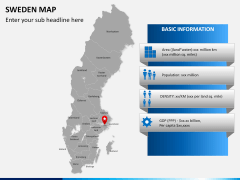 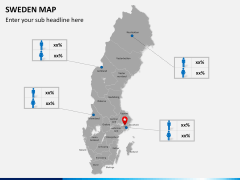 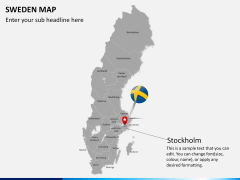 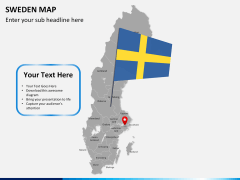 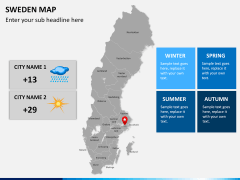 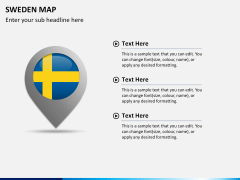 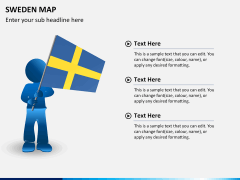 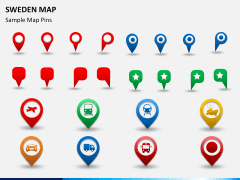 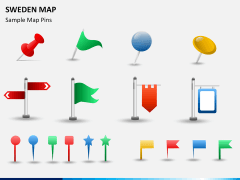 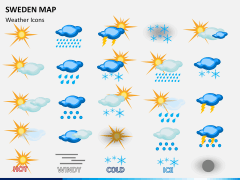 Maps are as important as other visual props that you use for your regular presentations. From emphasizing on particular locations to mentioning geographically important aspects, maps do quite a lot. But creating them for presentation reasons can give you a real fever! With so much to do and so less of time in hand, working on visuals is always a NO-NO. And when you are to deal with the maps, things get far more difficult. This is where you feel the need of ready-to-use slides. Thus, we bring to you an entire set of pre-designed PowerPoint Sweden Map Slides.

The set is self-sufficient in helping you stay most unique in representation of your message. Whether you want to mark out important places on an entire map or want to highlight them individually, the set is helpful. Individual slides offering almost all the important cities and counties are included in the set. You get an extensive choice of colors and symbols to add within the slides. From pinpointing a particular area to zooming out an entire region, everything is up to you.

You not only get various different shapes and symbols to make the slides interesting but also get complete customization freedom. The designing elements are totally under your control. A rare versatility is also a part of the template. So, whether you are a business executive or an educationist, it will be useful for you in every way.

Sweden is a country following constitutional monarchy that has a parliamentary democracy with Carl XVI Gustaf as its king. It is one of the Scandinavian countries and is situated on the northern part of Europe. It shares its borders with Norway and Finland as well as is connected with Denmark through a bridge-tunnel.

It is the third-largest country by area in the European Union and shows a really low population density of 21 inhabitants per square kilometer, its total population is around 9.6 million and about 85% of the total population lives in the urban areas of the country. Being the seventh-richest country of the world according to its GDP or gross domestic product per capita, the standard of living is high among the citizens. Various other areas such as transportation, technology, fashion, sports, and cinema are also highly developed. Thus, whether it is regarding trade or business or it is travel related, the country enjoys a distinct popularity of its own.