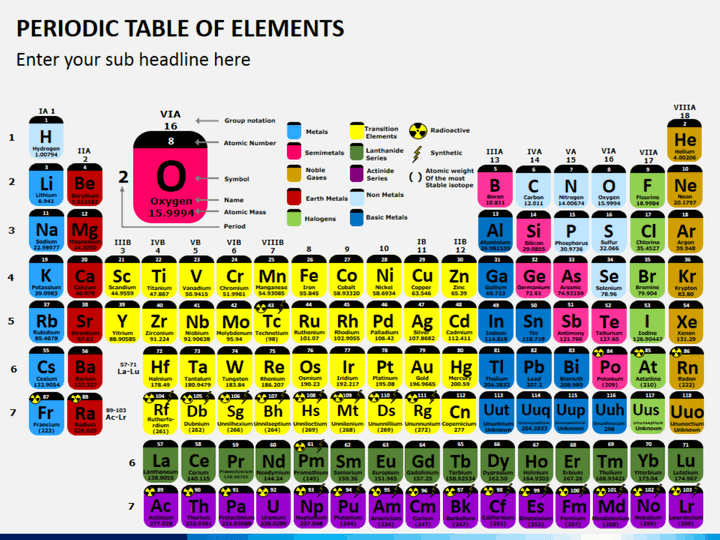 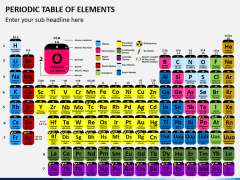 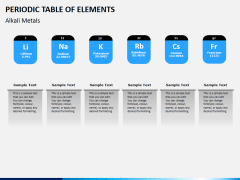 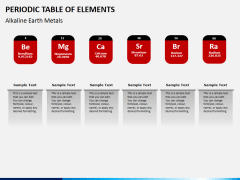 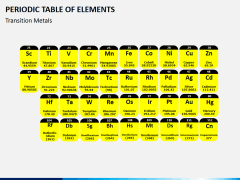 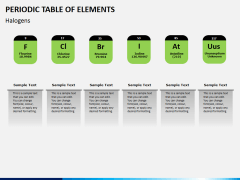 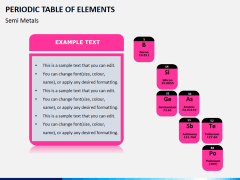 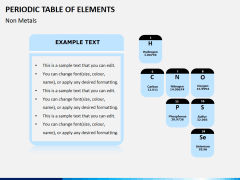 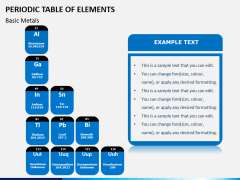 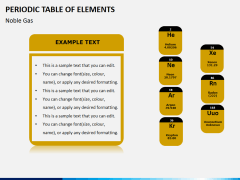 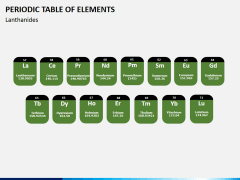 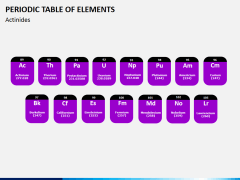 From high school students to university professors, Periodic Table is one of the most important things for anyone studying Chemistry. Now, whether you have to submit a term-end project report or speak at an educational conference, apt visuals cannot be missed. This is why, we bring to you professionally created pre-made PowerPoint Template of Periodic Table of Elements.

The set includes individual slides depicting the elements of a particular block or according to their groups as well as the entire table well illustrated in different colors. Whether you want to highlight the Alkali Metals or put extra emphasis on Alkaline Earth Metals, you won't have to do a lot of work. Simply pick the individual slides dedicated to the element type and edit them the way you want. From Transition elements to Halogens and Noble Gases to the Lanthanide and Actinide Series, you have a special slide depicting particular class of chemical elements.

As you are free to edit the set as per your needs, you can choose to highlight different parts of the slides using different colors, resize the table and so on. The set is best for educational purposes. Whether you have to focus on the atomic numbers or on distinct chemical properties and the periodic trends across the different blocks of the table, you'll find the template highly useful.

Periodic Table of Elements displays chemical elements in a most organized manner in a tabular arrangement where the elements are placed according to their atomic numbers, electron configurations and their distinct chemical properties. Originally introduced by Dmitri Mendeleev in 1869, it has been expanded over the years as several new elements have been discovered later. Elements on the table are placed in the order of increasing atomic number that can be found right under the chemical symbol in each of the element boxes. Standard Periodic Table consists of a grid of elements in 18 columns and 7 rows along with two double row of (radio-active) elements separated out from the main table. These two separate rows are most commonly known as Lanthanides and Actinides. Often, the table is deconstructed into four rectangular blocks, namely, s-block on the left; p-block on the right; d-block in the middle and f-block below the middle part.