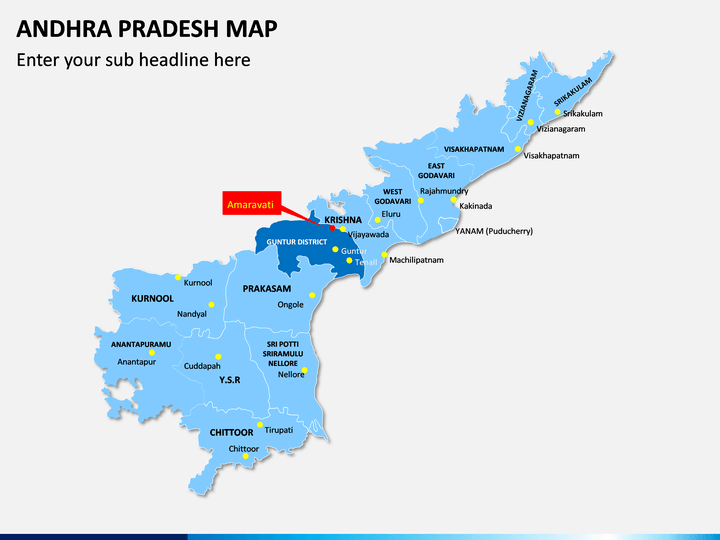 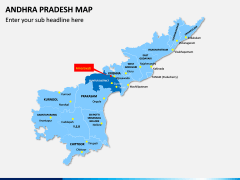 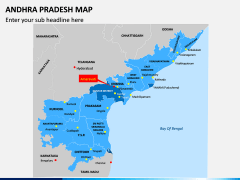 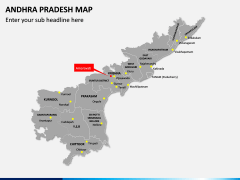 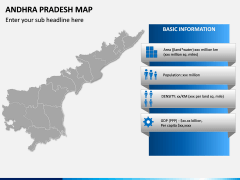 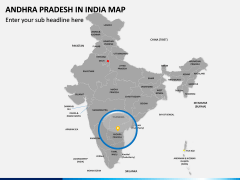 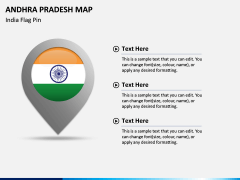 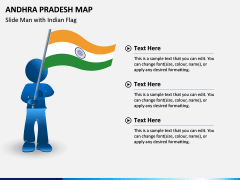 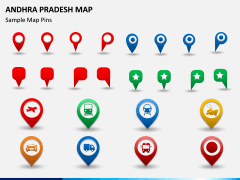 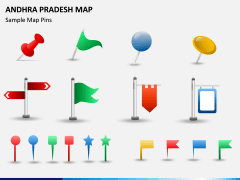 Explore details about this popular Indian state with this Andhra Pradesh map PowerPoint template. Drafted by professionals, it is an entirely editable set that will make it easier for you to create an engaging and visually powerful slideshow for your audience.

The 7th largest Indian state by area and the 10th largest state by population, This state is situated at the south eastern coastline of the country. The state has 13 districts with Amravati as its proposed capital and Visakhapatnam as its biggest city. The state has a coastline of 974 km with Telugu as its official language and $150 billion as its total GDP. It is majorly known for its marine industry, tourism, education, and technology sector.

Who can use it?

Ideally, any professional who wants to draft an informative presentation related to this Indian state can use it. If you have clients from the state or you just wish to educate your audience about the region, then this would be an ideal set for you. Researchers, students, and teachers can also use these vectors to present any detail about the region in a creative way.

How to use it?

This intuitive template can be used without breaking a sweat. Once you have downloaded it, you can use it with applications like Microsoft PowerPoint, Apple Keynote, or Google Slides. It is based on a master slide that will further make it easier for you to make the needed edits.