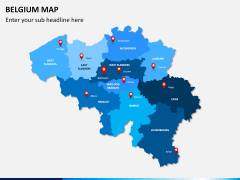 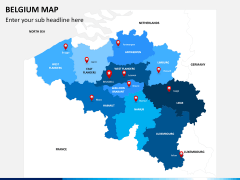 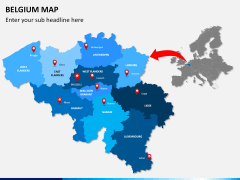 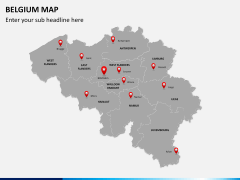 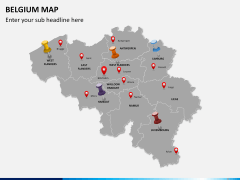 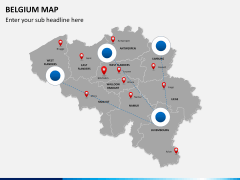 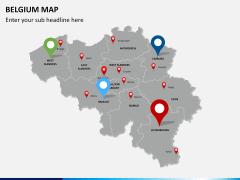 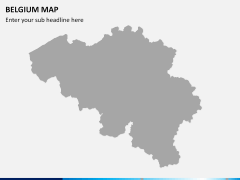 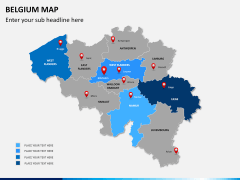 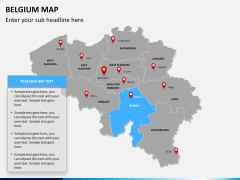 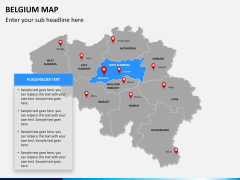 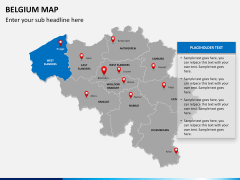 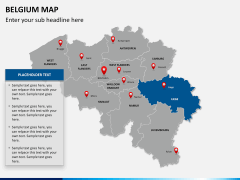 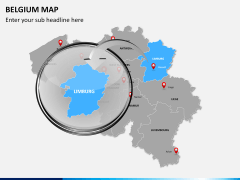 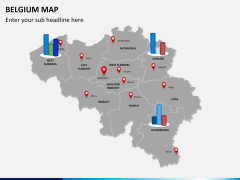 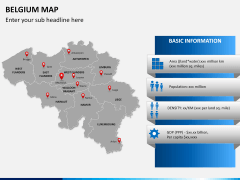 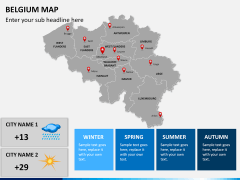 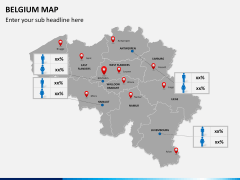 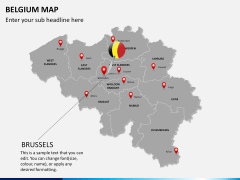 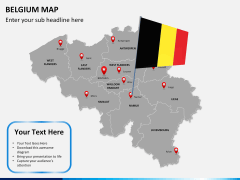 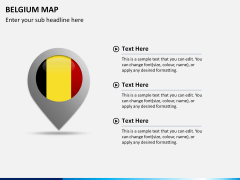 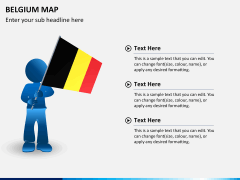 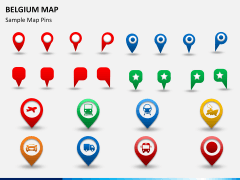 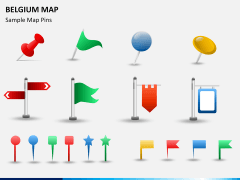 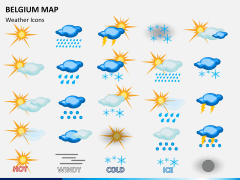 Certain set of information requires you to do a bit of map plotting- a tough job indeed, especially, when it is to be digitally. Thus, to make things easier and to disburden you from all the hassle, we bring to you ready-to-use substitute. With our pre-made PowerPoint Belgium Map Template, your task will get simpler. Now, whenever and wherever you'll need to mention Belgium, you can make it done with a set of coolest maps on earth!

There will be no more hassle of doing things that suck up all your time and give you no reward. Instead, you'll be saving on your time, efforts, and resources and will shine like a winner being really impressive! Regardless of your theme or subject matter, you'll be ready within no time. Whether you're an emissary from the government in need of explaining things on the map or a business tycoon displaying your latest expansion, the set will work. From academician to a marketing executive; a tourist guide to a manager of a sales team, the set will be appropriate for anyone who has to talk about the country.

Just grab the maps out of it, add your content and display whatever you have to. Highlight a city, pinpoint a route or focus on the geographical boundaries or simply add land marks. Everything is completely under your control.

Belgium, officially the Kingdom of Belgium is a country situated in Western Europe. It is a Federal Parliamentary with Constitutional Monarchy. Its name is derived from Gallia Belgica, which was a Roman Province located in the northernmost part of Gaul in 100 BC before it was invaded by the Romans. Spread over an area of 30,528 km2 it has a population of around 11 million people. It shares the cultural boundaries with Germanic and Latin Europe. Dutch and French are two main languages spoken over the country and it has three official languages- Dutch, French, and German. Being a founding member of the EU, it houses its headquarters. It also hosts various other major international organizations on its lands, NATO being one of them. Being one of the important countries of Europe, it plays a vital role globally.