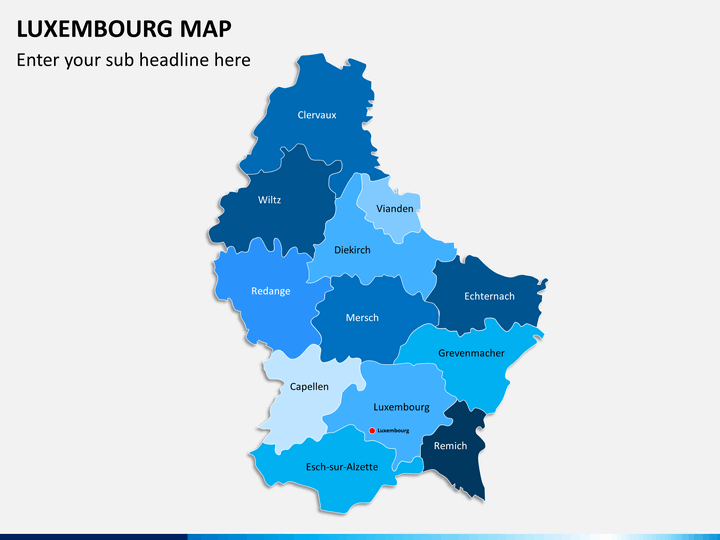 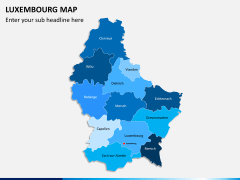 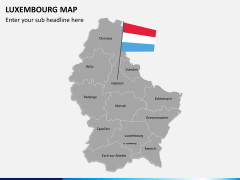 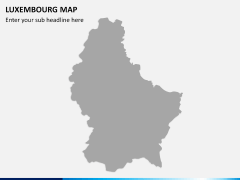 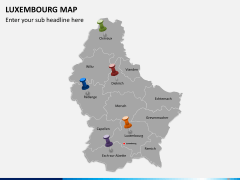 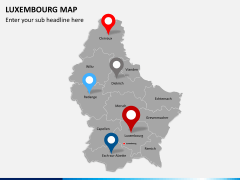 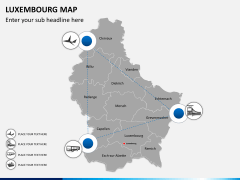 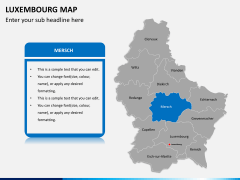 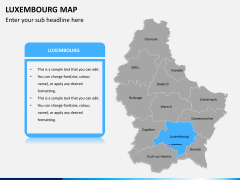 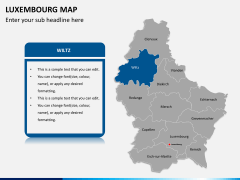 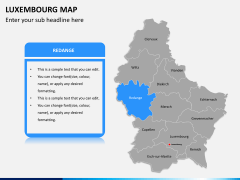 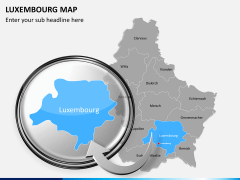 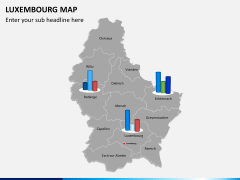 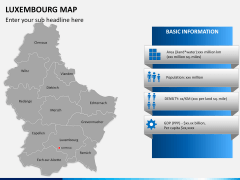 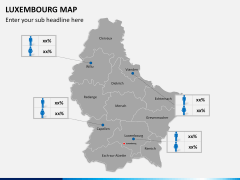 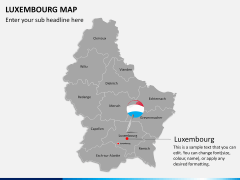 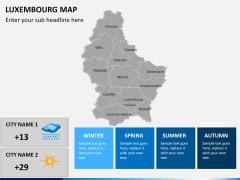 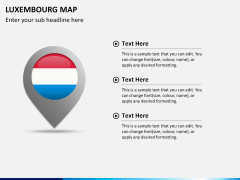 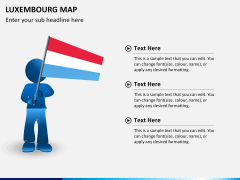 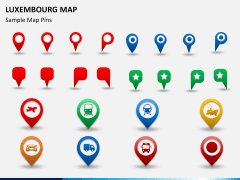 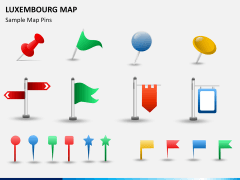 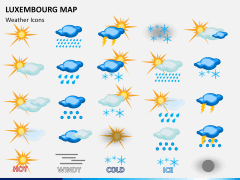 Emphasizing on your message is essential. It needs to be memorable. It needs to be comprehensive. Unless your message is memorable and comprehensive, your presentation will not be a success. But it isn't that easy to make your presentation really effective. Sometimes your words do not do much. And sometimes visuals too miss a certain punch, a kind of click that has the power to do it all! This happens all the more when you have to merge most complicated data and geographical facts together. Nothing but appropriate set of maps can make it turn out well. To help you handle the complexity of information through proper digital cartography, we bring to you pre-designed PowerPoint Luxembourg Map Template.

Wherever you feel the need of inserting geographically relevant information or precisely indicate topographical details, you can include this professionally built ready-to-use set. Best fit for various different purposes, from business executives to educationist and research to sales team-lead, anyone can use it. Display travel routes or point out key airports. Depict major cities or highlight important international boundaries. For every case, the set will prove an ideal solution.

Luxembourg, more properly known as Grand Duchy of Luxembourg is tiny little country in Western Europe. It is landlocked and is spread over an area of 2,586 square kilometres, which makes it one of the smallest countries of Europe. It is a constitutional monarchy following a unitary parliamentary form of government. It is bordered by Belgium on the west and north, Germany on the east, and France on the south. It is a developed country with advanced economy. It is the second highest economy of the world in terms of GDP (PPP) per capita as per the World Bank. Following a very stable and high-income market economy, it has moderate growth rate, excellent innovation and low inflation. Though over the centuries, its culture has been overpowered by that of its neighbouring countries, it still retains numerous folk traditions and has a rich history of its own. It is the last Grand Duchy of the world with Grand Duke, Heri, Grand Duke of Luxembourg heading the sovereign state. Being a member of NATO, OECD, the European Union, the United Nations, and Benelux, it reflects it politically powerful image.