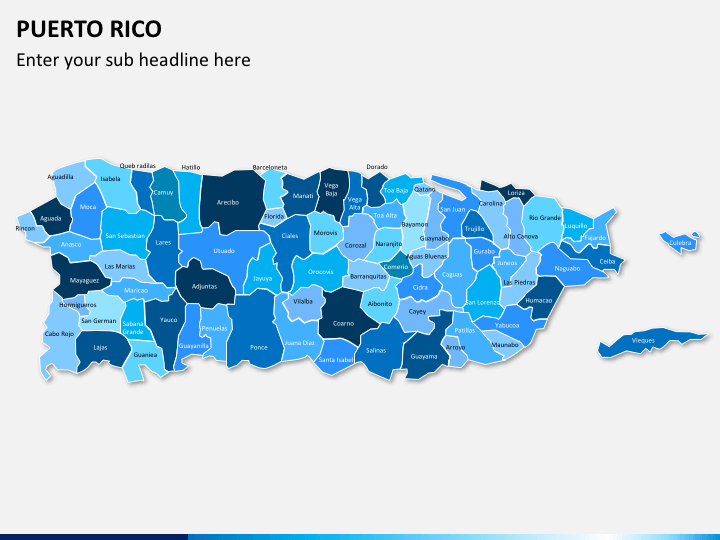 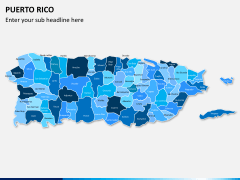 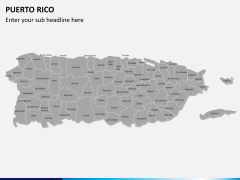 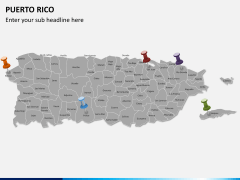 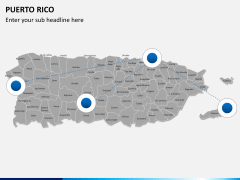 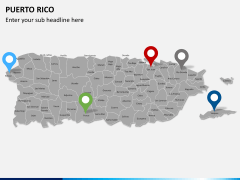 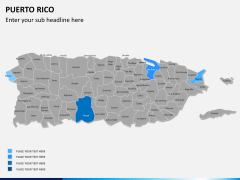 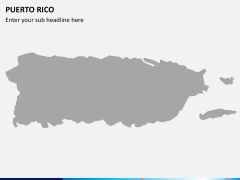 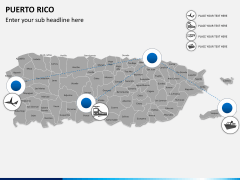 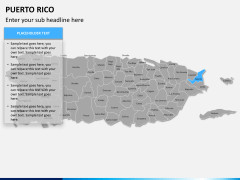 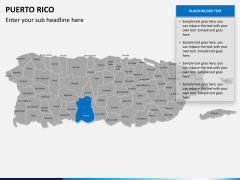 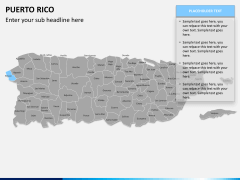 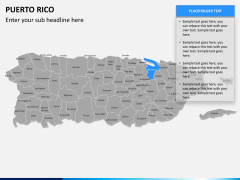 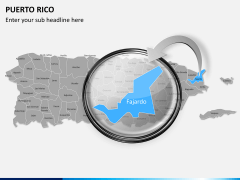 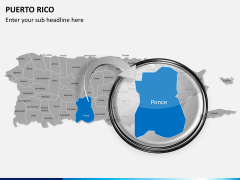 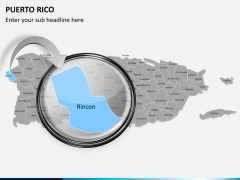 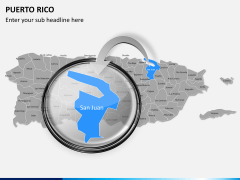 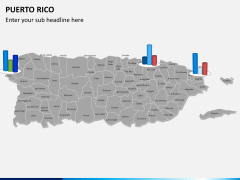 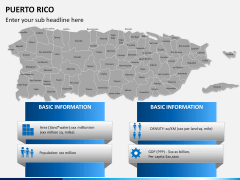 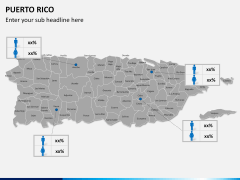 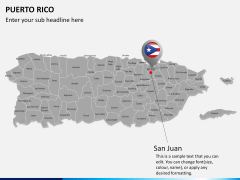 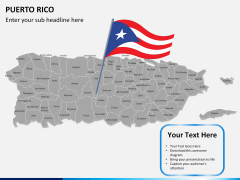 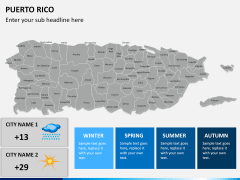 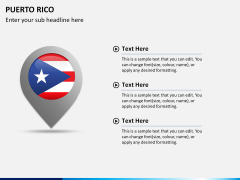 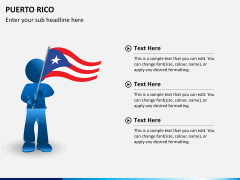 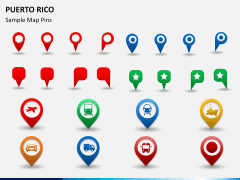 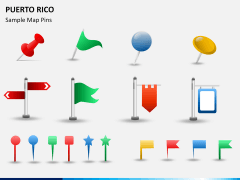 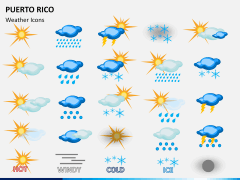 Puerto Rico has been in the news for the last few years due to numerous reasons. While the state offers natural beauty, tax incentives, and a rich culture, it has also faced natural and human calamities in the past. Now, with the help of these readily available Puerto Rico PowerPoint maps, you can educate your audience about it in an interesting manner.

While the residents of this country are officially the citizens of the United States, it was given a dedicated jurisdiction. Even though it has a history of the Spanish War and an ongoing Civil War, the territory is gradually progressing. It has a population of more than 3 million with San Juan as its capital and the biggest city.

All you need to do is clip out a map from the set and include it in any other slideshow. We have also included different types of icons and vectors in this set that you can further use to customize your documents. For every individual who wishes to draft an informative presentation, this is certainly a must-have template.