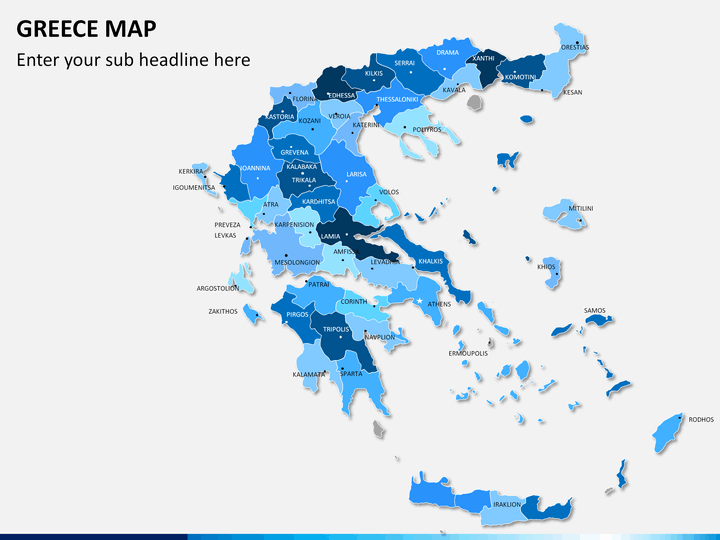 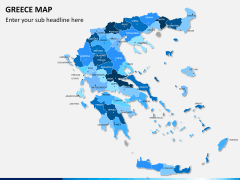 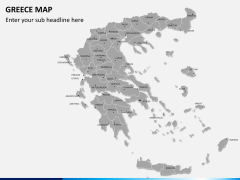 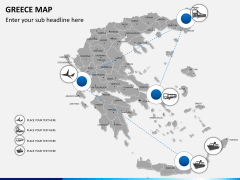 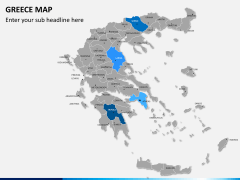 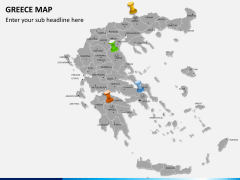 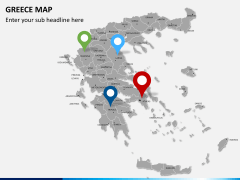 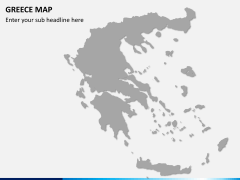 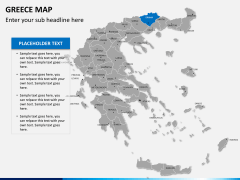 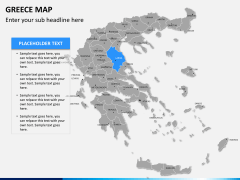 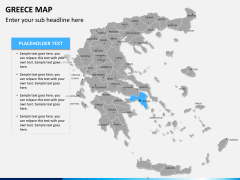 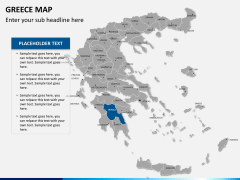 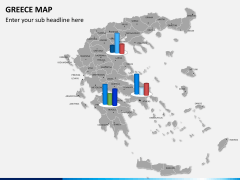 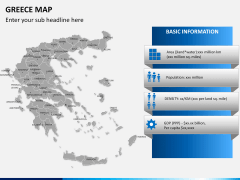 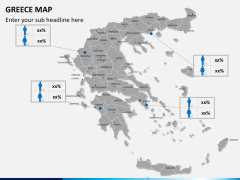 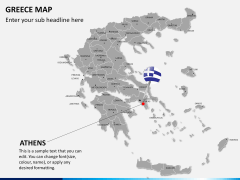 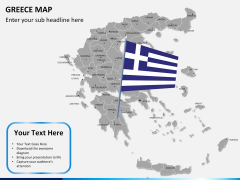 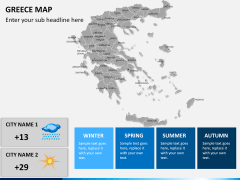 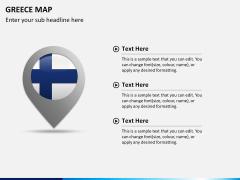 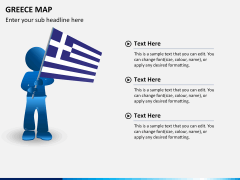 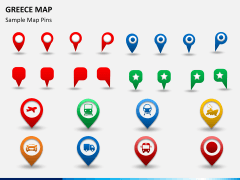 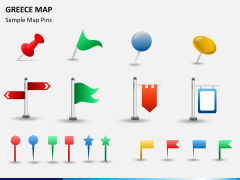 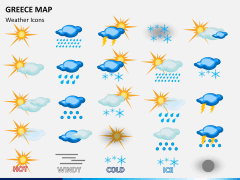 Whether you aim at illustrating important geographical locations or simply marking out a specific place on the surface of the earth, maps are the easiest of the ways of doing it! This increases their importance in regular presentations too. From delivering a completely business oriented information to reaching out students with academically useful data, maps indeed serve several practicable purposes. But then, not everyone is a digital cartographer! Thus, ready-to-use visualization proves handier. And this is why; we have brought to you this unique deck of pre-made PowerPoint Greece Map Template. Technically smart and visually stylish, it will not just save your time but will give extra power to your message.

Highly creative and perfectly innovative in offering the designing schemes, you'll instantly catch everyone's attention with the set! It is versatile to its very spines, you can use it the way you want for any purpose you have. Create a visual travel guide or explain your new business venture in the Grecian lands. You'll never be disappointed with this collection of map slides.

Greece, officially known as Hellenic Republic is a Southern European country located at the intersection of Europe, Asia and Africa. Its coastline on the Mediterranean Basin is the longest known that ranks 11th in the world featuring an amazing number of islands. Mountains cover almost 80% of the country with Mount Olympus being the highest among them. It is said to be the birthplace of various philosophies, sciences, studies and activities that include democracy, Western literature & philosophy, political science, various mathematical principles, Olympic Games and Western drama. With 17 UNESCO World Heritage Sites located in the country, it ranks 6th in Europe and 13th globally. Shipping being one of the topmost industries of the nation, it is one of the important maritime magnates of the world. Being culturally unique and historically rich it is one of the most sought after travel destination. Tourism contributes to the country's economy to a great extent and funds around 16% of its GDP.